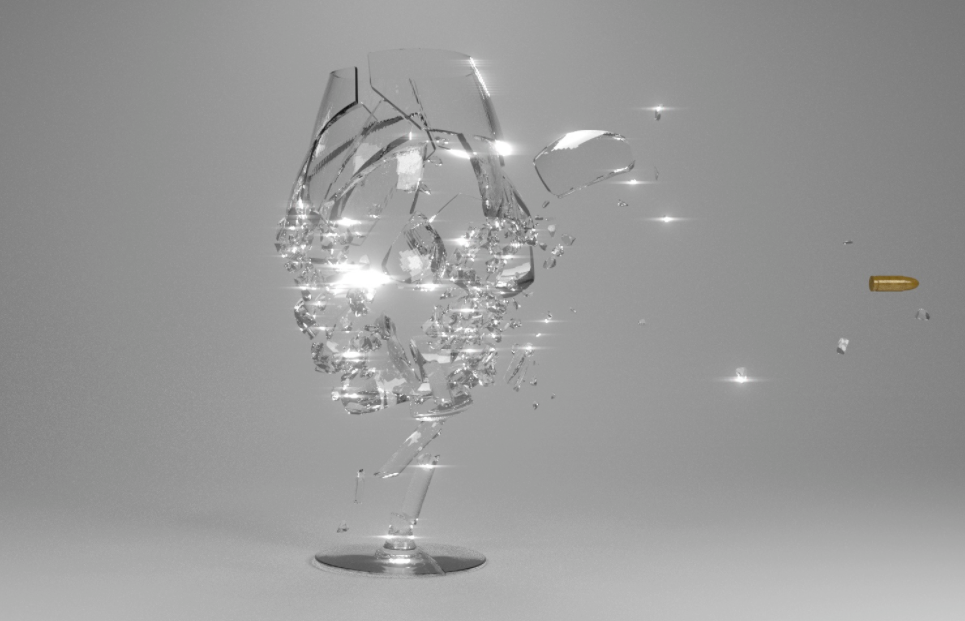 I feel rather conflicted about the price action over the past month and quite frankly that’s exactly how I should feel and thus act accordingly. Just take a look at a daily E-Mini chart and compare the March contract (ESH7) with the current front month (ESM7) and tell me what you see. 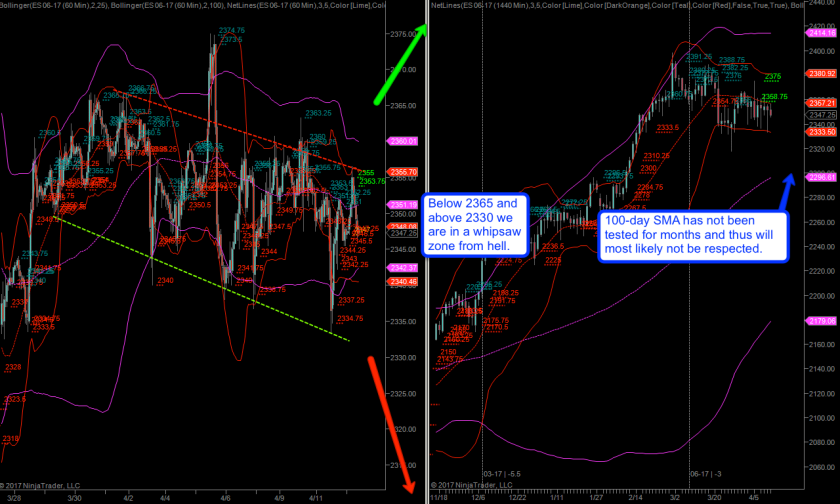 What I see ahead of the March expiry is mostly orderly trending tape. After the roll over the characteristics of the price action changes completely and resembles a hastily spun roll of barbed wire (e.g. sporadic moves followed by long tailed sideways action).

Clearly we have entered a new market phase and as usual when facing a lack of information and/or uncertainty our human mind has a tendency to fill the void with ideas or worse – opinions. So first let me give you what I believe you will need to know to stay out of trouble and to retain your sanity with as minimal emotional stress as possible. Further below I will offer you a more philosophical perspective which may help your trading over the long term by preparing you emotionally for what is most likely to come. Of course as usual your mileage may vary vastly

There is nothing to do right here and right now, not until we are either trading near or below 2330 or near or above 2365. Near those extremes you can play the swings with some chump change but don’t let yourself get drawn into haphazard and potentially account ruining directional campaigns risking considerable amounts of your assets. We are obviously bouncing around in a whipsaw zone from hell with a long Easter weekend looming. That means a lot less participation and thus easy opportunity to smack you around a little.

There is downside risk but at the same time there is upside risk beyond the trading range I have highlighted above. Things could easily accelerate and produce a short or long squeeze before and after the Easter holidays. On the downside I don’t see any recent support levels that would soften the fall, which was the price to pay for months of blissful advances devoid of corrections. On the other hand on the upside we may quickly advance as well and produce a final exhaustion spike which may be reigned in post Eastern.

If you think that this may be great opportunity for a few small Hail Mary positions then you are absolutely right.But I caution you against getting over exposed and when in doubt play small position sizes or deploy a bullish or bearish spread to insulate you against theta and vega burn.

The more long winded answer to what’s going on is a bit more philosophical and ties into what Nassim Taleb described in his book Antifragility. There are two concepts in particular I would like you to consider. One of course is that of fragility, which I believe is what we have created by basically suppressing, courtesy of quantitative easing, the occasional randomness and disorder inherent in all complex systems. Taleb makes the point that successful ‘antifragile’ systems actually benefit from an occasional shock. Resilient systems, as the ones perhaps envisioned by the Federal Reserve as well as various other 1st world central banks, on the other hand simply resist but do not learn or improve when encountering exogenous stressors or source of harm.

More specifically ask yourself what has happened over the better part of the last decade in our financial systems. Clearly the old rules barely apply anymore and the make up of market participants have large shifted from one dominated by human operators to efficient ultrafast algorithmic driven robotic systems. Those systems may operate extremely well within defined parameters but what happens when the floor gives away? Electronic circuits have no sense of right or wrong, no idea of what it means to serve the common good, or at least act in a fashion ensuring the preservation of the system as a whole. They will do what they are designed to do – pursue the path of maximum benefit at the expense of everyone else – as they are designed to do. Which once again works well within established and tested parameters but may utterly fail in a real world crash scenario.

What is worse is that the new generation of market participants (i.e. robots) may not understand when ‘enough is enough’ and that good old human paranoia may in the end actually serve to put a floor (i.e. prior historic technical context) where there now is none. A healthy market builds itself in a fashion that offers fail safes – such a market may suffer greatly during a market crash but at the same time it will benefit from ‘irrational’ human operators willing to step in where robots driven purely by algorithms may not. A ‘resilient’ systems as the one envisioned however apparently only responds to directional signals coming out of central banks, which incidentally at this point appear to have painted themselves into a corner. 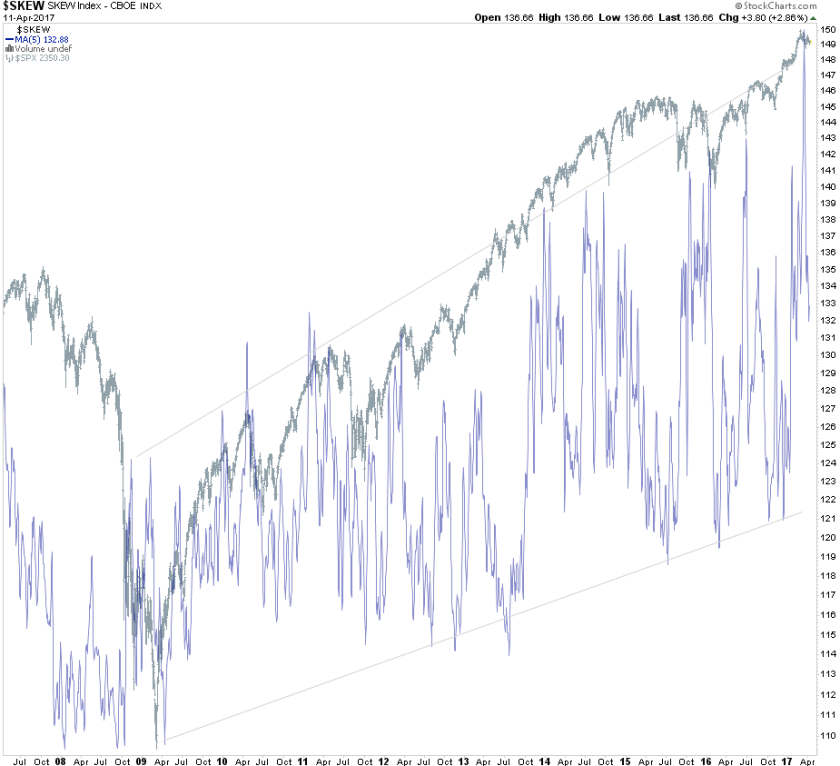 So it seems that all that resiliency we have been embracing comes at a price. I talked about the SKEW yesterday and here’s a simple chart showing its slightly smoothed progression over the past decade. Now can you explain to me why its signal range has been steadily rising since the big crash of 2008? If we indeed have created a more rational a more stable and ‘resilient’ market then we should be seeing the obvious, right? But those spikes of fear just keep pushing higher and higher. Ask yourself why that is and what it says about the true fragility of our financial markets. My personal contention is that an occasional small doses of a poison makes an organism stronger, whereas a one time large dose can quickly kill it.

Another fascinating topic Taleb touches in his book is the ‘Lindy Effect’ which refers to a technology, or anything non-perishable, which increases in life expectancy with every day of its life. He gives the example of a book that has been a hundred years in print, and thus is likely to stay in print another hundred years (e.g. the bible, the Quran, the Torah, Das Kapital, Mein Kampf, etc.).

Now we have had almost a decade of quantitative easing and just like ‘temporary laws’ it seems that the longer its practice stays in place the more available it will be going forward. It does not matter if the Federal Reserve is currently preparing to tighten the screws a little. Imagine what may happen a week, a month, a year from now, if for any reason we see a 500 handle wipe out on the S&P 500. Ask yourself how rapidly central banks across the Western hemisphere would step in and deploy a healthy dose of QE in order to ‘soften the blow’. After all quantitative easing has worked so well in the past, hasn’t it? Always remember that to hammer every problem looks like a nail. Which incidentally tied directly into the Green Lumber Fallacy also described in his book but I don’t want to test your patience.

Although I have always drawn a very clear line between my trading activities and my general perspectives on the financial markets I cannot help but be concerned about what Greenspan once aptly defined as irrational exuberance. It seems we are driving higher and higher while at the same time participants are growing more and more fearful of the final price that may have to be paid. And I do not think that this is concern usually generated by hindsight in that early bull markets climb the wall of worry. In closing the best way to summarize my concerns may be simply by stating that we ‘may just have gotten a bit ahead of ourselves and that there will be price to be paid in the end.’ 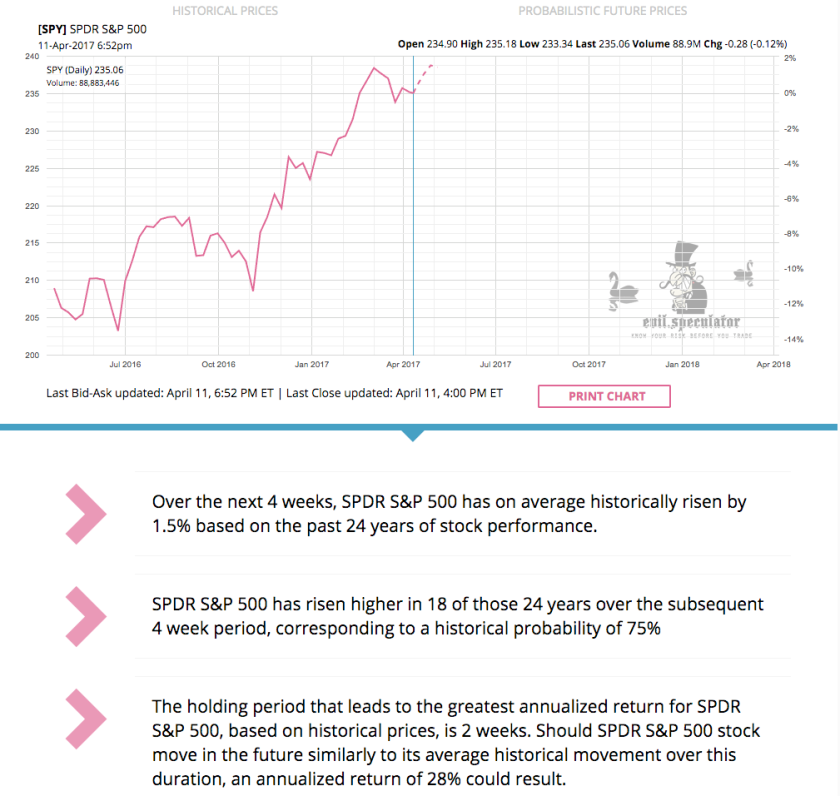 On the trading front I am already adjusting by reducing my position sizing to < 0.5% across the board. Short term we are heading into seasonally positive territory. So at least in terms of timing this is not the moment to be thinking about large bets to the downside. 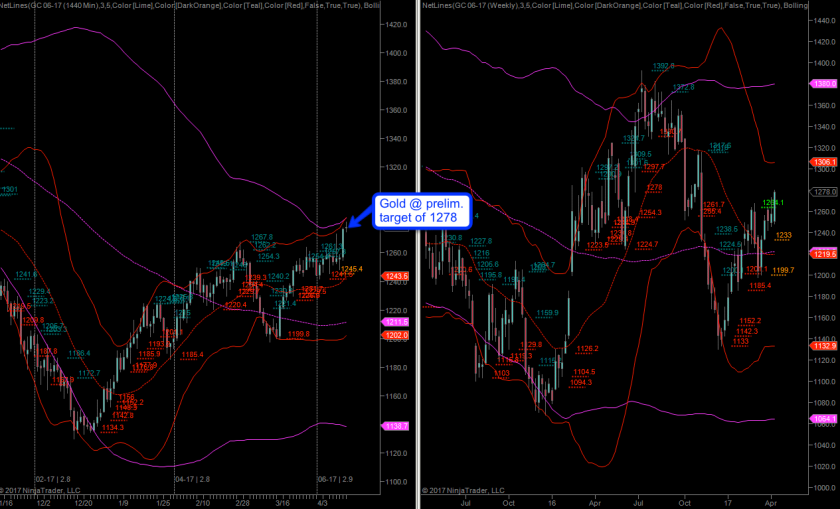 Before I go here’s a quick update on gold and then I’ve got a juicy entry for my intrepid subs. You may recall the 1278 target on gold I pointed at a few days ago. We are there now and if you are holding positions then you may start scaling back a little. However, this has all the telltale signs of a possible runner and it’s quite possible that it’ll just continue higher from here. In fact if it dips lower for a retest then I’ll be sure to look for a long entry opportunity next week. As a sidenote – surprisingly silver was lacking behind, although it’s pushing up now as well it took a bit of a detour first. Both look very bullish on a medium and long term basis however.