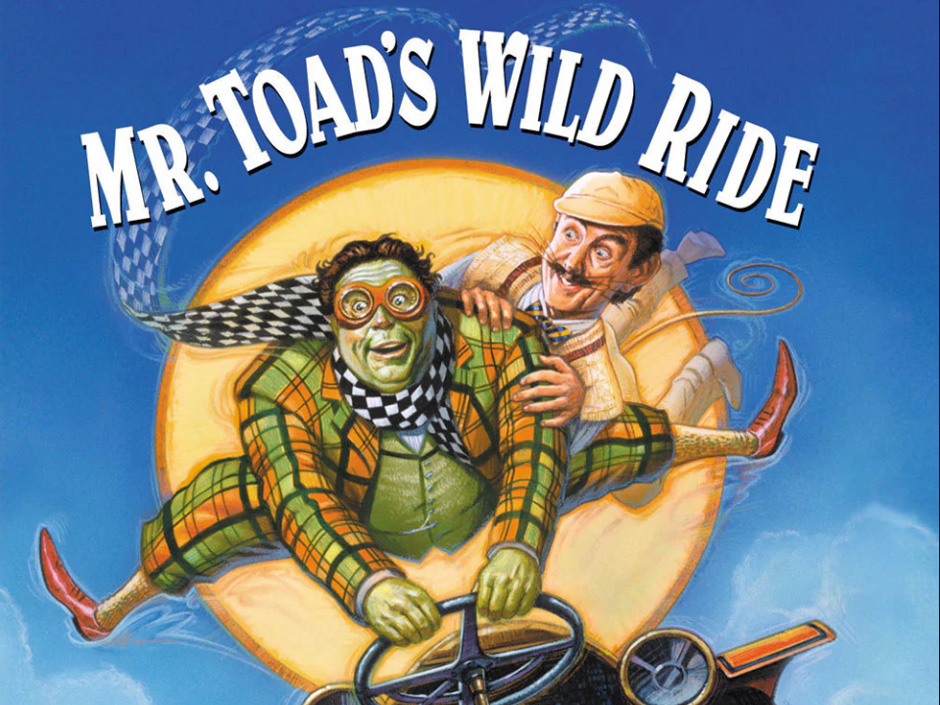 Okay let’s not sugarcoat it – yesterday’s session started out with a nasty gap lower and then got even uglier from there as it failed to exhibit any buying interest whatsoever. The VIX punched into the red zone and ended up closing around the 25 mark.

True to form the financial media whipped itself into a collective bearish frenzy announcing the end of the world as we know it. Except that this time around they may actually be right as it has a global epidemic to back up its perma-death-wish. So why the heck would I be crazy enough to even think about grabbing a long position here? 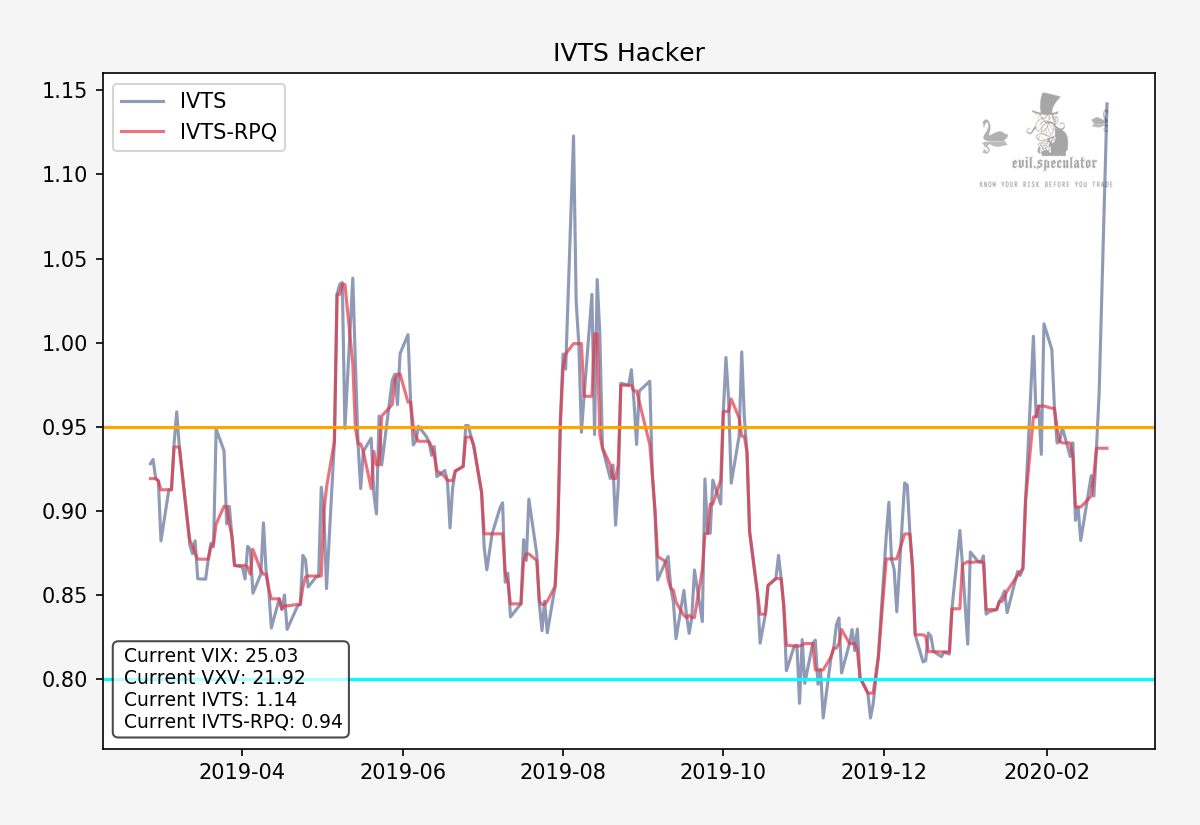 Our implied volatility term structure scanner shows the raw signal closing out at 1.14, which – to be clear – is insanely high. Meanwhile our smoothed crackbot AI version still lingers below its 0.95 mark.

That’s probably the largest delta between those two I’ve ever seen since I started following this signal. On a medium term basis this spells disaster but in the short term I see a possible MR opportunity. 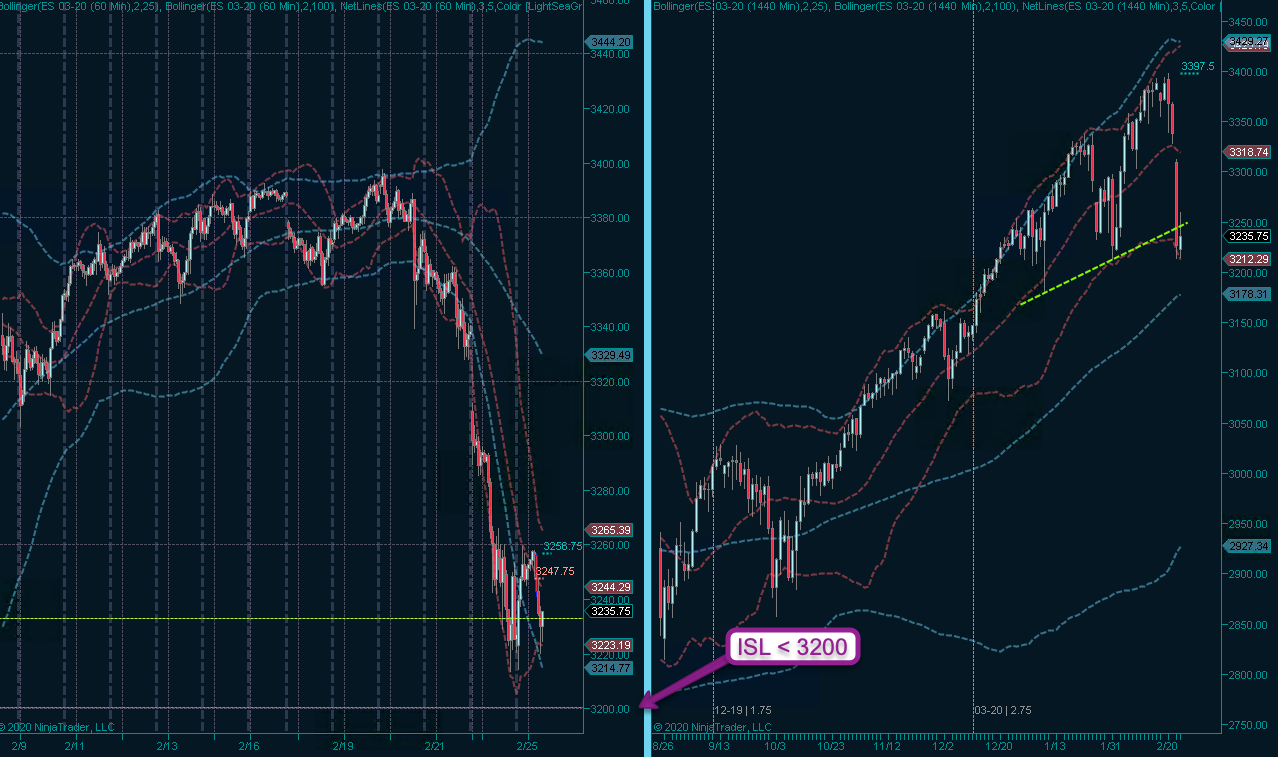 Now don’t get me wrong – it’s looking BAD – very BAD out there. Contrary to any fishwives tales you may have picked up on CNBC opening gaps like these do not get filled right away. On the contrary, there usually is follow up in direction of the new trend. Which now points to the downside.

However let’s not forget that nothing in the financial markets moves in a straight line. There is such a thing as selling exhaustion produced by profit taking. Which may have occurred during yesterday’s session and if it has not then it really doesn’t matter as we’re all up shyte’s creek without a paddle.

The current formation on the E-Mini is looking way too juicy to pass up right now. We’ve got a double spike low followed by a pretty scary looking retest. Finally the threshold for being proven wrong is only a few handles away (i.e. yesterday’s spike low at ES 3213.75). If you’ve come around here for more than a few weeks then you know that I live for mad tape like this.

Ergo I’m grabbing a long position right now with an ISL < ES 3200. If that one goes gets taken out then there is a small chance we halt a few handles lower but honestly I doubt it. Odds have it we continue lower as panic selling sets in and we touch the 3k mark or worse.

So here goes nothing! Keep in mind that this is a low probability trade with high potential outcome. Treat it accordingly. Meaning if you are crazy enough to follow me into the madness expect your spouse to divorce you on the spot for the fool you are followed by collective seppuku along with stern teary eyed close ups.