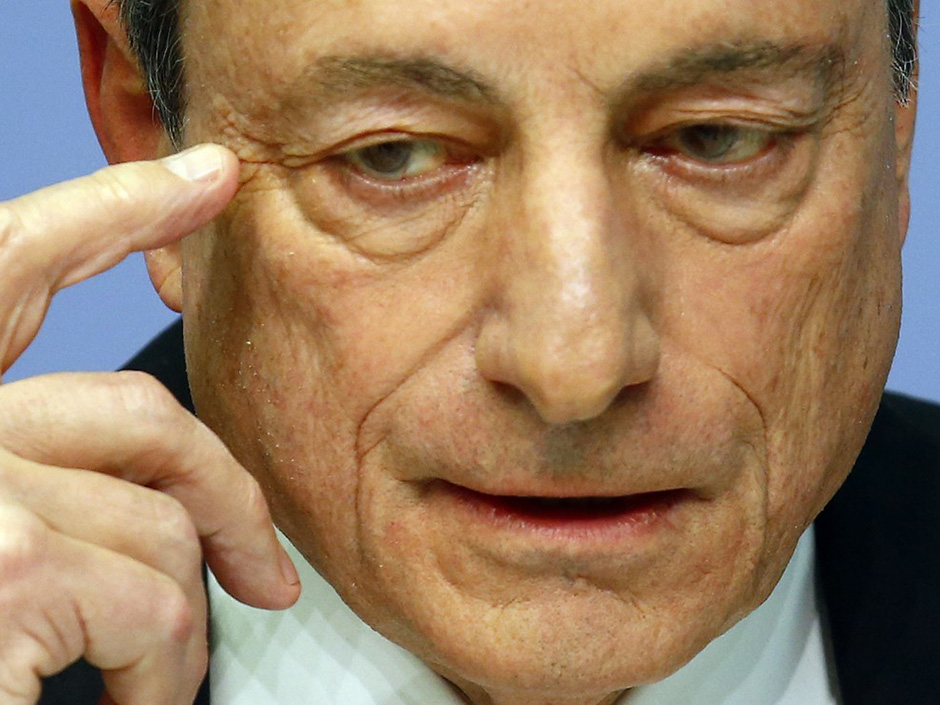 I had to wait until the ECB announced its rate decision today, and we’ve got a lot cover so let’s get right to it. As widely expected Draghi announced the end of QE but postponed interest rate hikes until December. Instead of sharply punching higher the EUR did exact opposite and continues to fall since the announcement, thus suggesting that the ECB’s monetary policy outlook had already been priced in. Of course this has implications across the board, so let’s review. 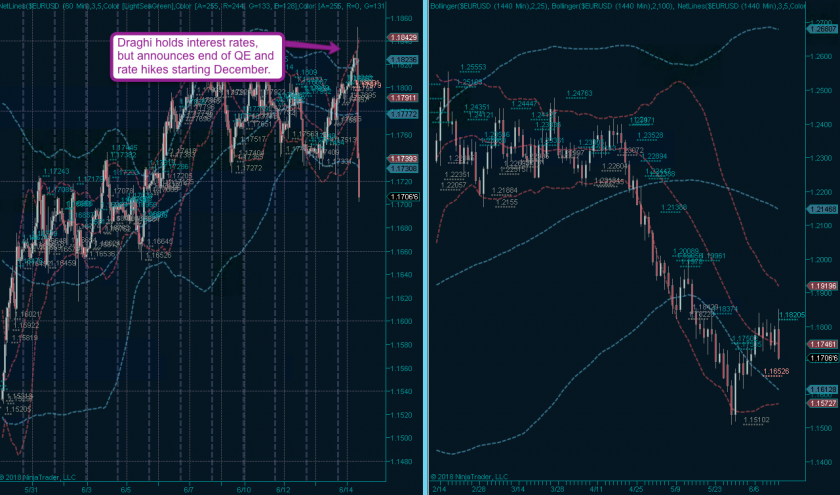 As of this writing the EUR/USD has dropped almost all the way to 1.17, which now puts it on course for continuation to 1.165 and possibly lower. Obviously the announcement just happened so it’s still possible that we’re seeing a reversal higher later today. But a drop through 1.165 puts us on course for 1.157 and below that looms the abyss. 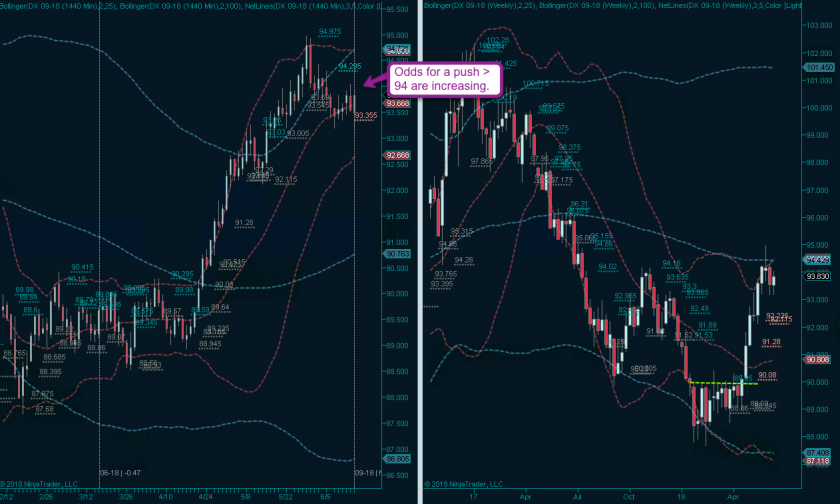 Okay, this DX chart is about half an hour old as I have a hard time keeping up with it all. In the interim the USD has pushed to DX94 and that means an attack of the 100-day SMA and the crucial line in the sand at 95 are now in the cards. 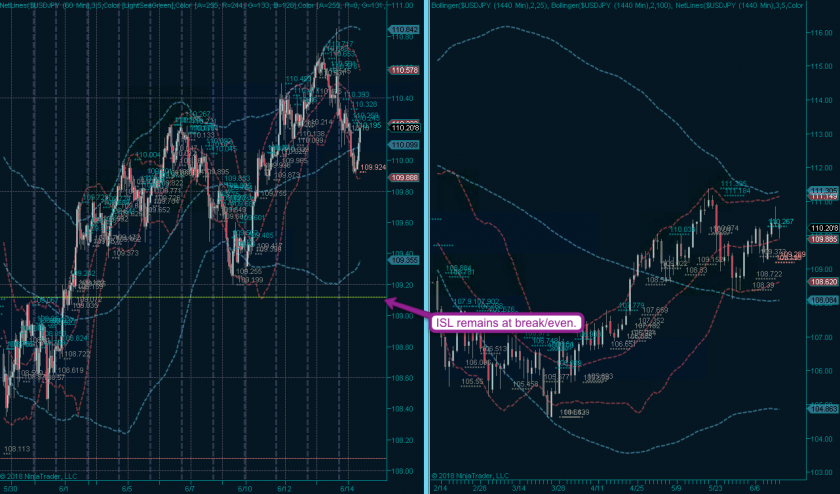 My USD/JPY campaign is starting to recover a little after yesterday’s sell off but my ISL remains at break/even for now. 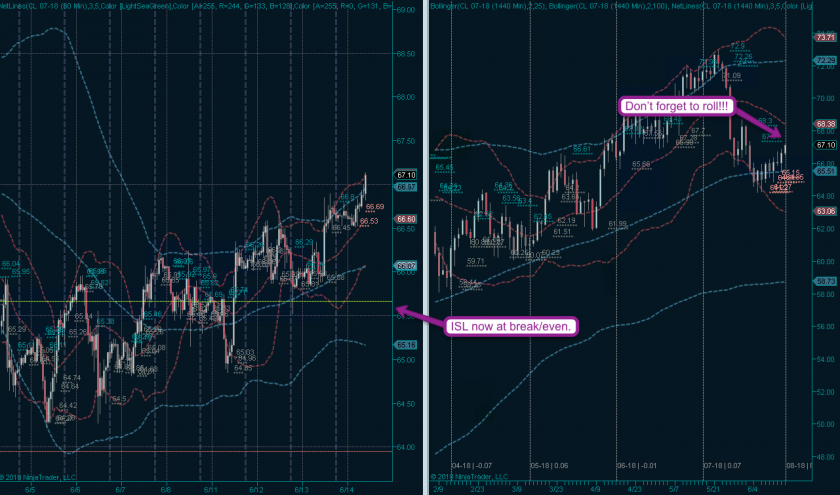 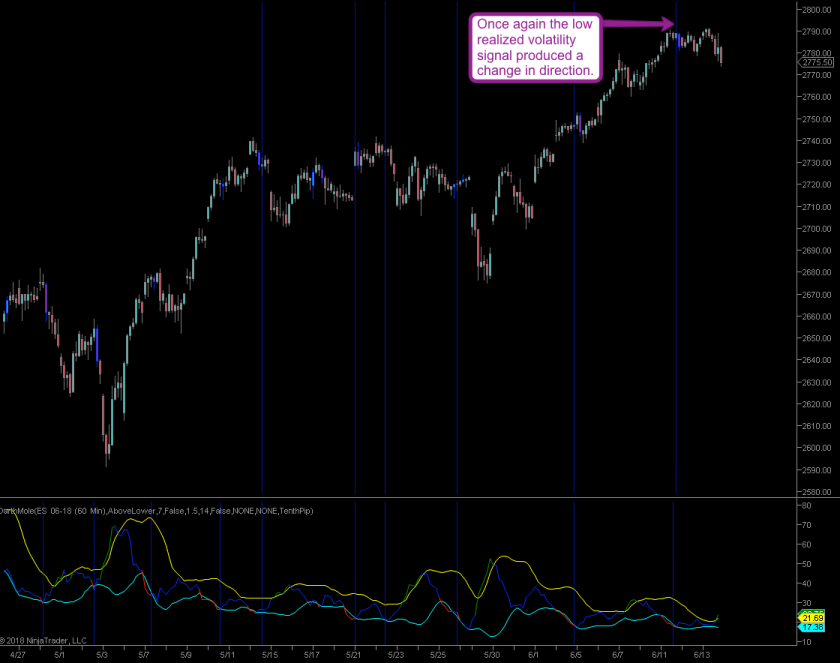 Remember when I suggested that the E-Mini was due for a little reversal due to the RV signal? It’s exactly what happened despite a little fake out push higher preceding yesterday’s sell off. 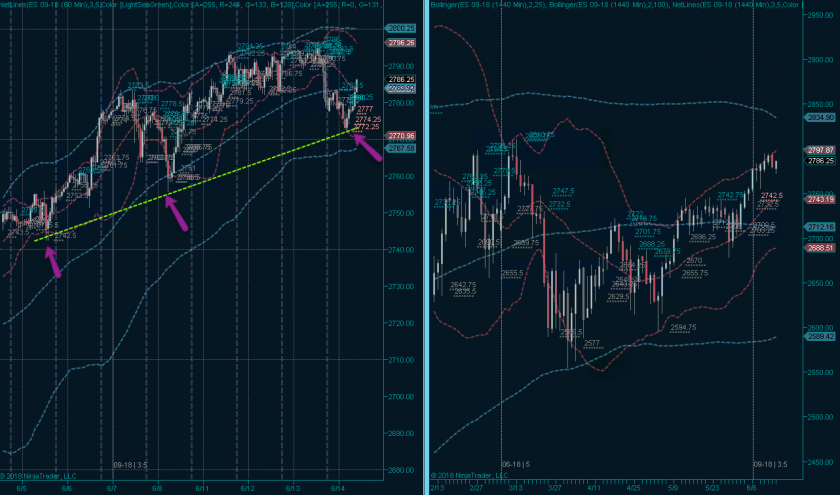 However since then the E-Mini has begun to advance. I wasn’t prepared to take out an entry ahead of the Fed and ECB announcements, which is unfortunate as continuation higher now seems to have the highest odds. 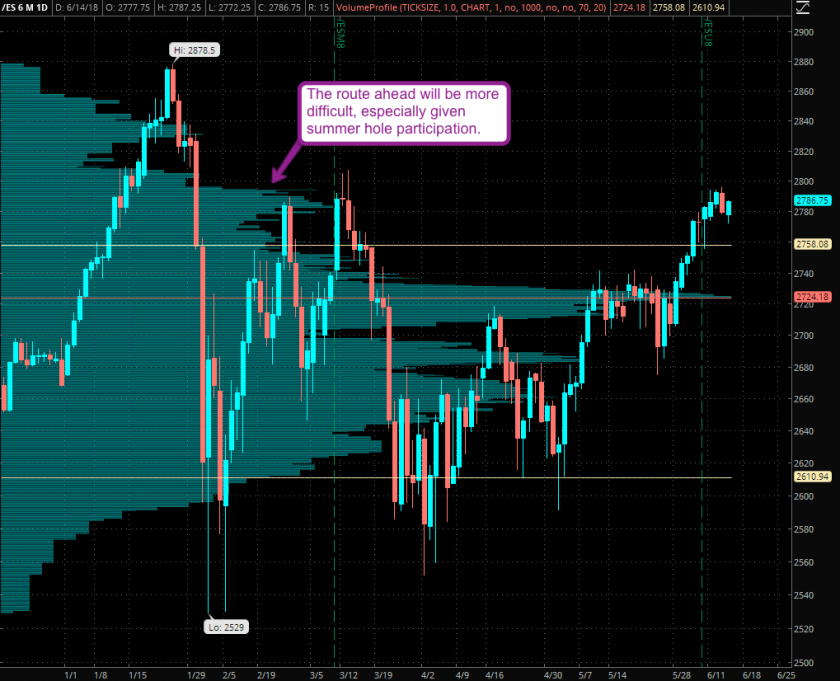 It won’t be easy however for three reasons. One there isn’t much historical volume looming ahead, two we are heading into the big summer vacation low. 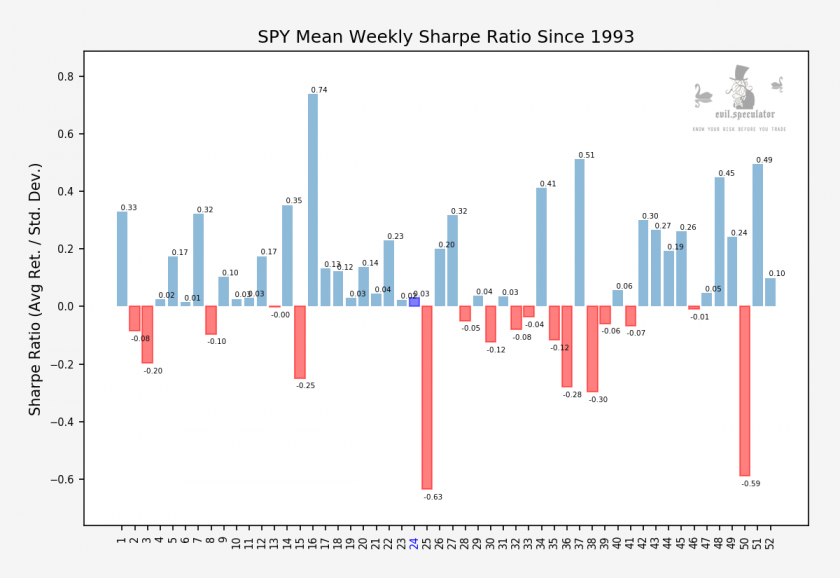 And three next week isn’t exactly a bullish week, as a matter of fact statistically speaking it’s the most bearish week of the year! Which was another reason I wasn’t exactly eager to grab myself any long exposure.

I have some very important perspectives on precious metals I need to share plus we have new setups, so please meet me in the lair:

No post tomorrow (Friday) as I will be working on another project that requires my full attention. Plus this week has been exhausting to watch, I need a day off. See you guys Monday! 😉