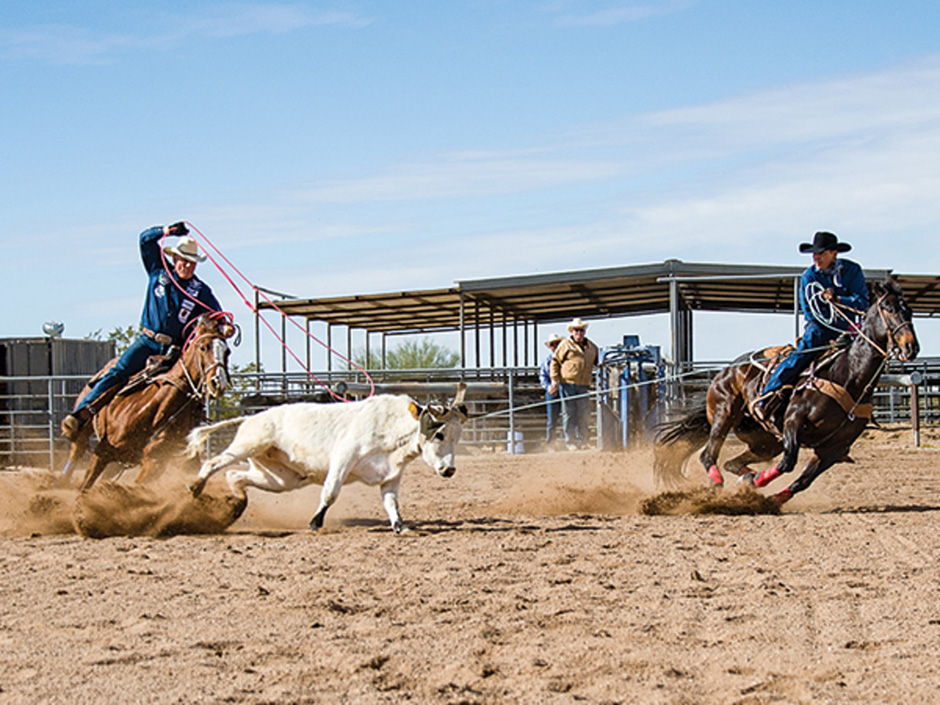 The most confusing aspect of a high volatility market phase is that it has a knack for roping in bulls and bears alike, especially the dumb and inexperienced ones, i.e. the vast majority. Yesterday’s session was a textbook example and all the other charts I am going to post below are beautifully summarized by none other than our much beloved Zero indicator: 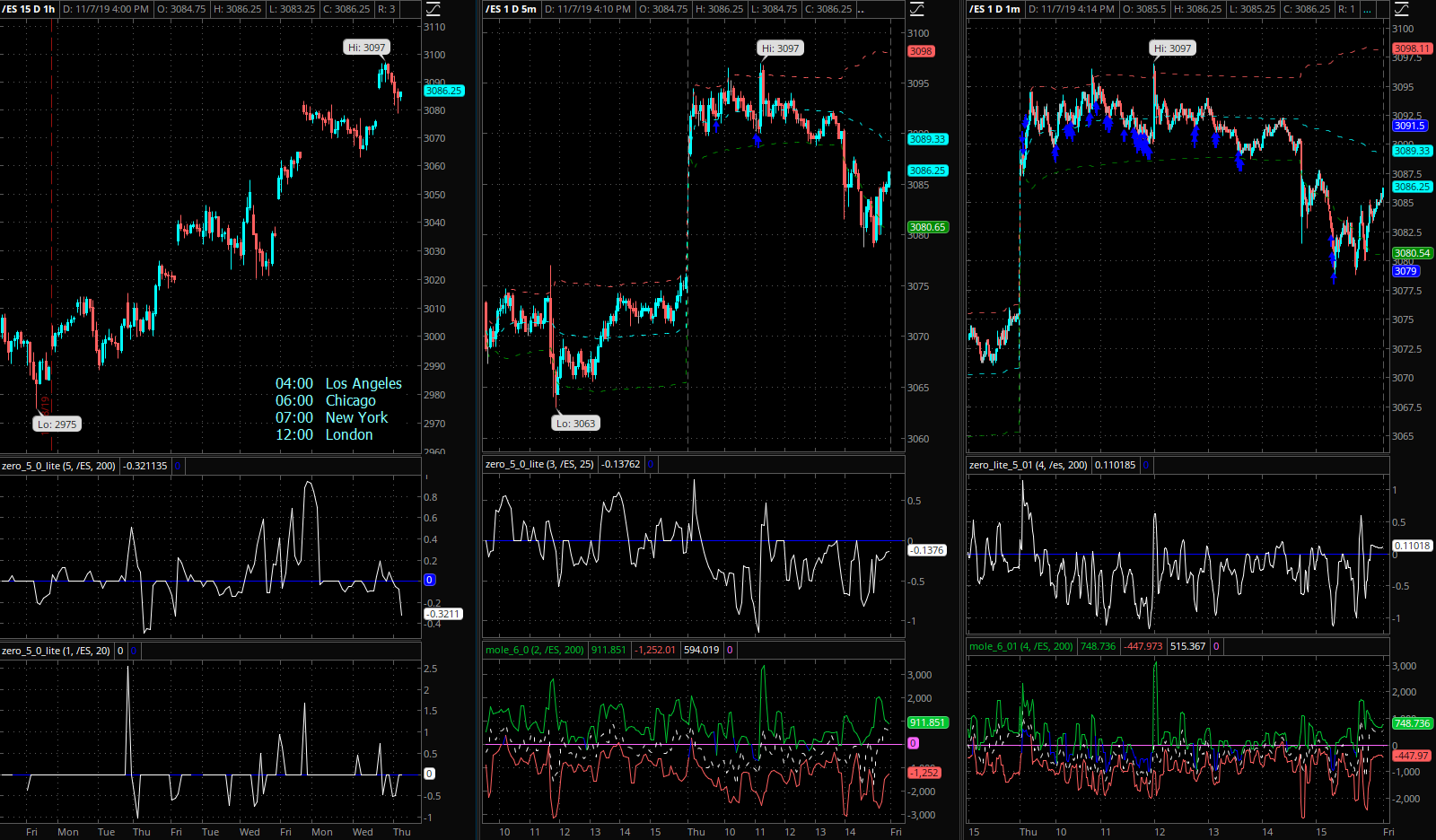 Many of you resident leeches seem to be unable to appreciate the level of prescience that the Zero indicator has exhibited over the past 10 years and counting (released in late 2008 and practically remained unchanged since then).

Although it’s not the holy grail the Zero has a habit of warning us of impending trouble when it matters the most: ahead of bear or bull traps. And unless you depend on a guide dog to find your way around it should be evident from yesterday’s signals that the 5-min and 1-min panels clearly weren’t buying the gap & camp action after the opening bell which continued into mid session.

I actually posted about it here in the comment section as well as on Twitter, and I hope you heeded my warnings. We don’t get such a clear divergence every day (price up vs. Zero signal down) but it happens often enough to justify a subscription – plus you get the warm feeling of knowing that Evil Speculator will stick around for a while longer to keep your sorry butts out of trouble. 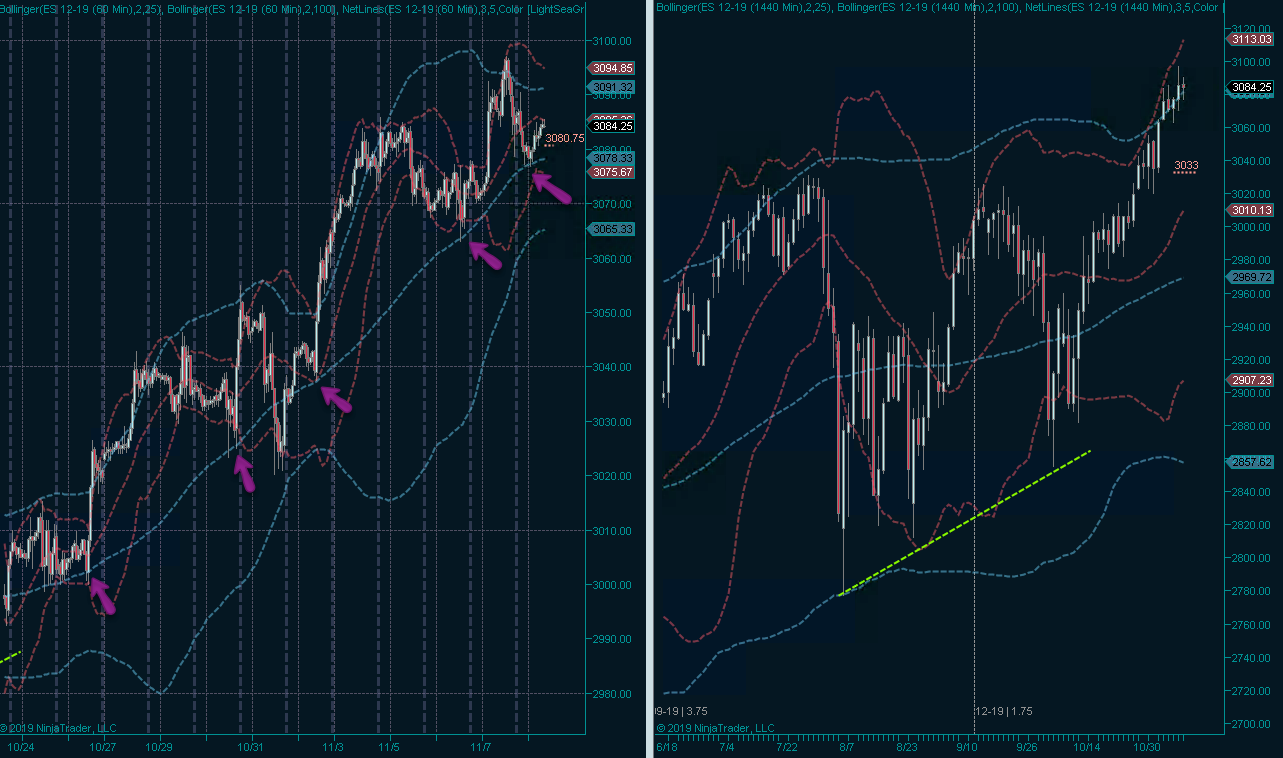 Now it’s a new day and the current bounce right off the 100-hour SMA looks like it may have legs. There’s only one issue: 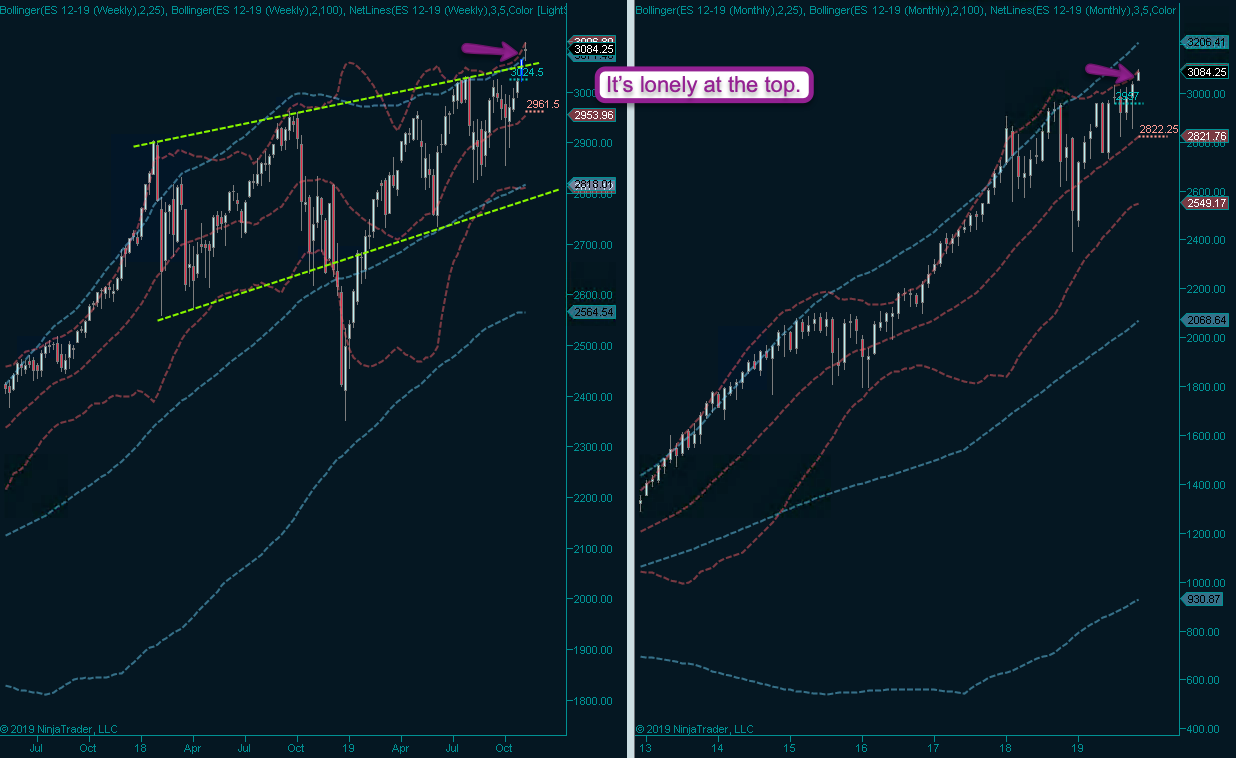 Which is that it’s very lonely at the top. The long term E-mini (contract adjusted) chart shows us in ATH territory with not much technical context to back us up. 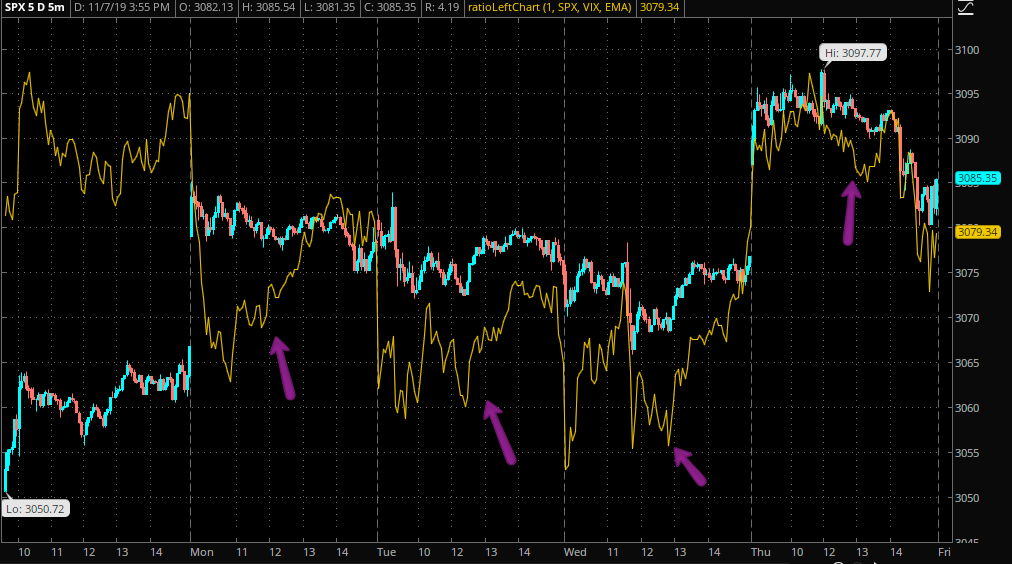 The SPX:VIX ratio has been pointing lower all week, which supported my suspicions yesterday that the gap higher was engineered to rope in a few of the late comers. I suggest you keep an eye on this one  if you have the ability to whip up a ratio chart in TOS, Ninja, or Stockcharts.

Beatings Will Continue Until Moral Improves

Anything can happen here and it probably will, especially given that, on a medium to long term basis, we are still in a high volatility bull market that may be limping forward on its last leg. Watch your six and always expect the floor to give out underneath of you. And most importantly, support this blog – you’re going to need it where we’re heading next 😉