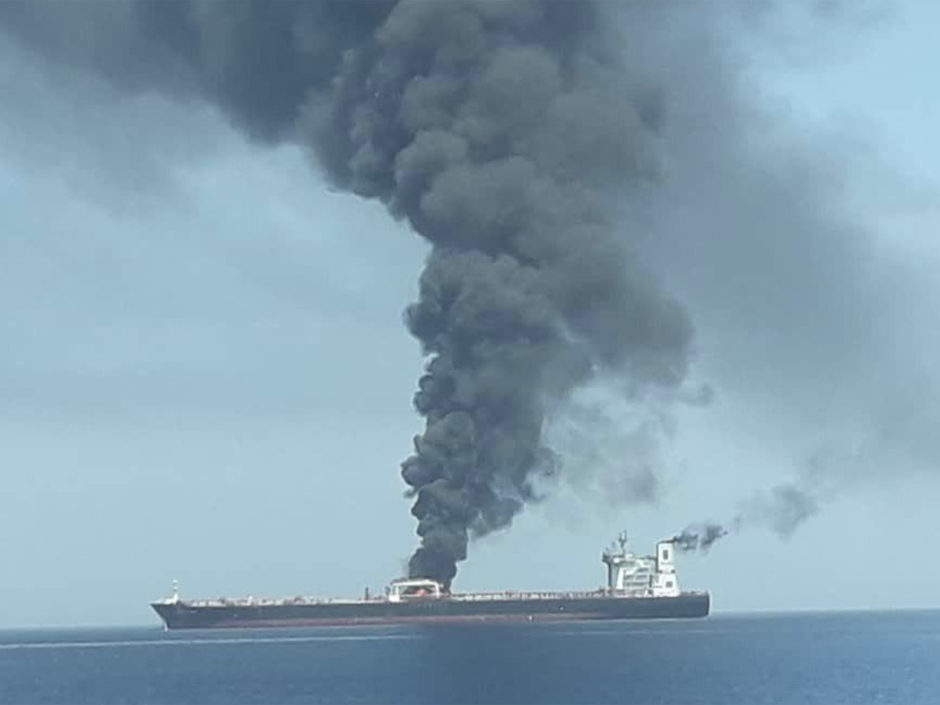 Merely one month after the U.S. accused Iran of attacking several oil tankers in the Strait of Hormuz two more tankers have now been attacked by torpedos in the Sea Of Oman (which happens to be nearby) by hitherto unknown aggressors. One of the tankers has already sunk but fortunately the crew of both ships had already been safely evacuated. An investigation is under way and thus far officials have been cautious to point any fingers at Iran, which however seems almost guaranteed to be implicated if recent history is any guide.

Aerial footage shows one of the oil tankers targeted in the Sea of Oman#SeaofOman pic.twitter.com/mdvEPPT3J4

Now we are always told that the price of crude oil is extremely sensitive to geopolitical events. And having taken out a long position in crude a few days ago it’s the reason why I had a big smile on my face upon hearing this morning’s news about the attack.

Not that I like to see sinking ships (except perhaps in a good game of Battleship) but the anticipation of large ill-gotten gains had of course entered the Scrooge McDuck regions of my mind. After all news reports quoted crude prices having shot up to above $62 a barrel! 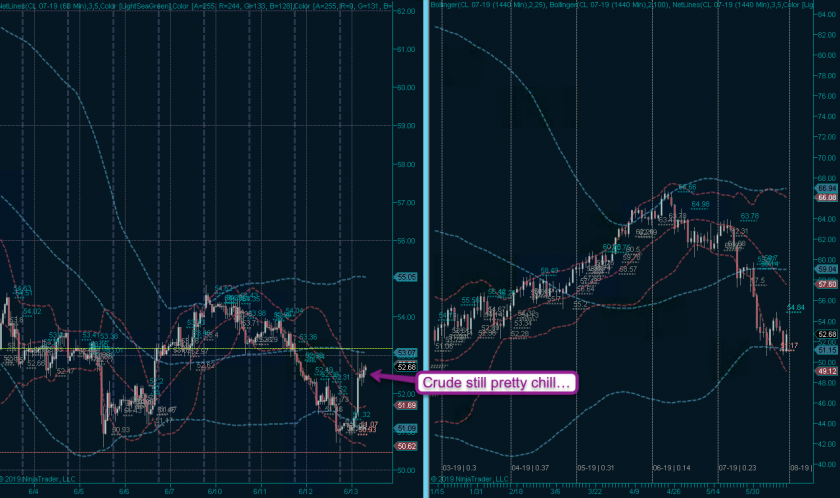 My enthusiasm was quickly curbed however after checking my open positions in the CL futures. Which of course are traded on the NYMEX – a division of the CME – and thus represent futures contracts against WTI crude oil. Meaning they are a less affected by events surrounding Brent oil, which is internationally traded on the ICE. 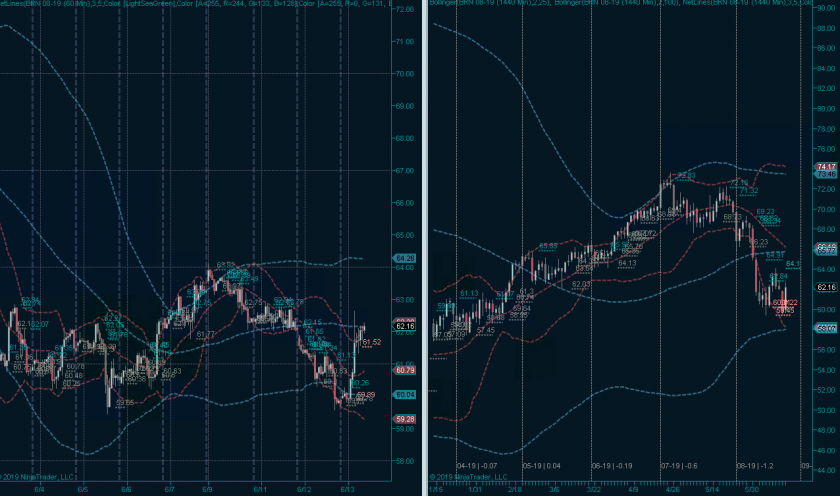 The Brent futures were indeed pushing into $62 but had been trading at $64 just a few days earlier. Effectively the current jump higher isn’t even pushing outside the average daily range observed over the past few weeks.

So let’s shine some light on the two most popular contracts, Brent North Sea Crude and West Texas Intermediate.

Brent is the pricing benchmark for Iranian crude and refers to oil produced in Africa, Europe, and the Middle East, which effectively represents two thirds of the world’s crude oil production. Brent is in the industry referred to as ‘sweet’ crude as it has a sulfur content of 0.37%.

West Texas Intermediate (WTI) is the benchmark crude for North America. It’s actually sweeter than Brent with a sulfur content of around 0.24%. As a side note, any crude with a sulfur content below 5% is referred to as ‘sweet’ crude. WTI is a better grade for the production of gasoline while Brent oil is favored for the production of diesel fuels.

Which also explains why the whole of Europe (which is mainly served by Brent oil) jumped onto the Diesel bandwagon about 20 years ago, a decision it now regrets after increasing concerns of pollution and long term health risks. For example in Germany diesel vehicles are being phases out aggressively after being heavily subsidized just a few years earlier.

To be honest, any five year old could have predicted this after simply standing behind a running diesel truck for more than 20 seconds, but knuckle-head decisions like these are representative of the blessing the European Union has inflicted on the continent.

Most of us in the U.S. instinctively refer to the CL contract when trading crude, which isn’t surprising given as it serves as the global benchmark for crude oil: 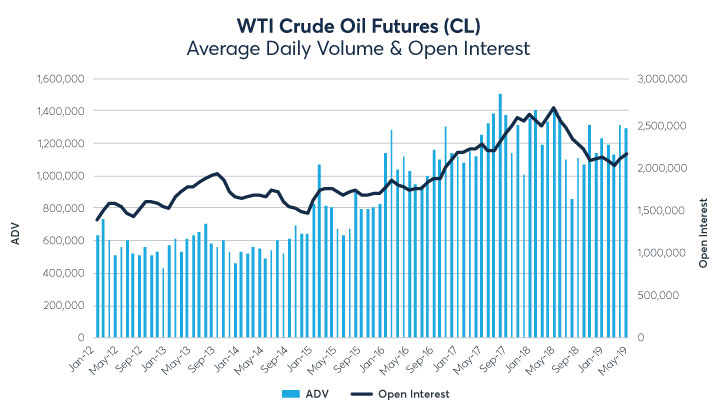 The CME quotes an average daily volume of 1.30 million in May 2019 and open invest of 2.12 million contracts. I had a rougher time finding stats on the ICE (which is royal mess) but the numbers I dug up seemed to average around 360,000 contracts daily with 348,000 in open interest.

Of course the two contracts do affect each other to some extend and it’s no surprise to see a jump in WTI along with a jump in Brent. It’s the perception of value and risk that affects futures pricing, not merely production cost or supply and demand.

Trade What You See, Not What You Hear

Be this as it may, the two contracts continue to be a rich source of confusion for clickbait happy journalists eager to collect eyeballs by quoting wild price swings and to latch onto geopolitical events. As traders we have to be extremely careful to not let hysterical news reporting affect our trading, especially on a big bad contract like crude.

For what it’s worth, I decided to roll my July contract into August as nothing really has changes technically speaking and since world events may serve to provide a bit of backwind into the summer.