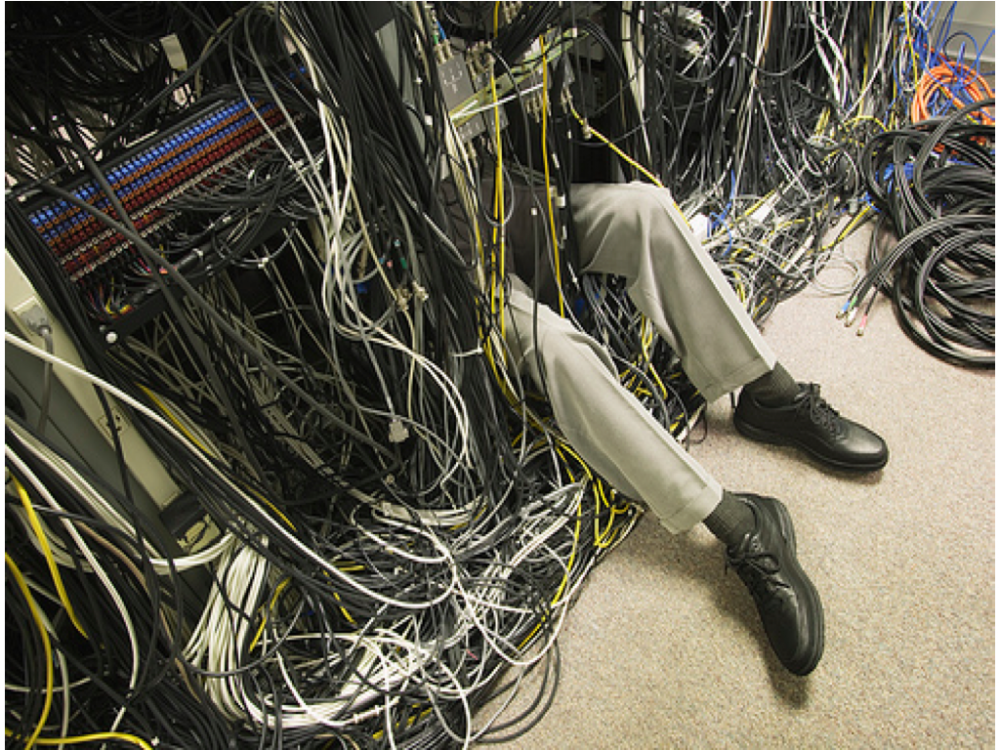 I trust you are well into your respective holiday binge eating recovery whilst convalescing from what shall be remembered as 2015 – the year of sideways churn and misery. Now while you were busy stuffing yourselves and fighting with your in-laws your intrepid host has been tearing his hair out attempting to beat our shiny new site theme into submission. If there’s anything I despise more than writing ThinkScript it’s hacking dynamic HTML and CSS tags – it’s literally the bane of my existence right now.

We’re slowly getting there but as you can see I’m still having problems with the menus as everything seems to be category based only. Which is fine for the educational stuff but less so for setting up a simple page hierarchy resulting into menus and submenus. Of course everyone being MIA during the holidays has not helped me on the support side. 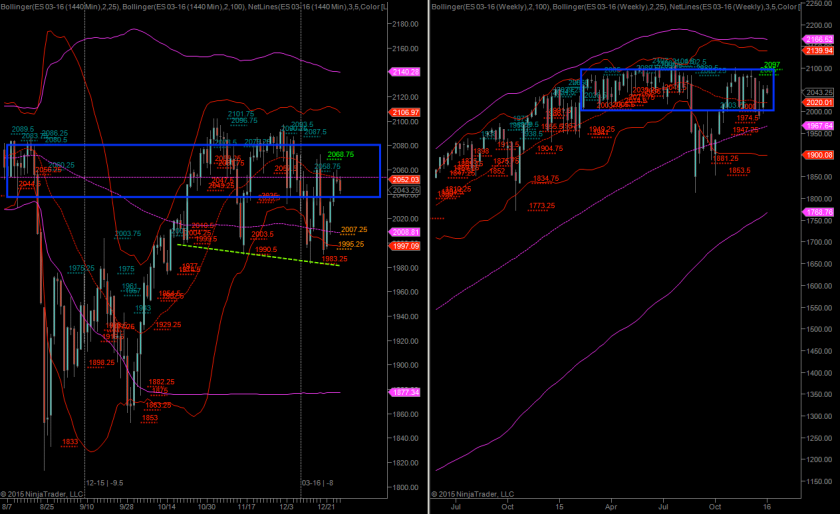 Alright, I won’t be doing much on the trading front today and I expect neither will most of you. Plus I have to make a bank run in the coming hour, so I’ll only be reporting on the equities front. And on that end I’d say to basically trail your long positions and otherwise not get involved unless you enjoy playing volatile low participation stop runs. If you look at the weekly panel on the right you’ll see that we are in the middle of the same damn trading range we’ve been stuck in for over 9 months (with the exception of the early fall wipe out). The magenta line around ES 2050 lies at the center of it all and there is clearly a lot of opportunity to bang the tape in either direction. And that means keep your trails loose and frosty.

Alright – that’s all for today. If anything exciting happens I’ll chime in again tomorrow. In the interim you may see some occasional monkey business in the menu bar – just ignore it please. I’ll be spending the remainder of the week implementing various panels and sidebars as I plan on hitting the ground running in 2016. If you have any problems with the site please email me immediately – I’m around will respond within an hour or two.