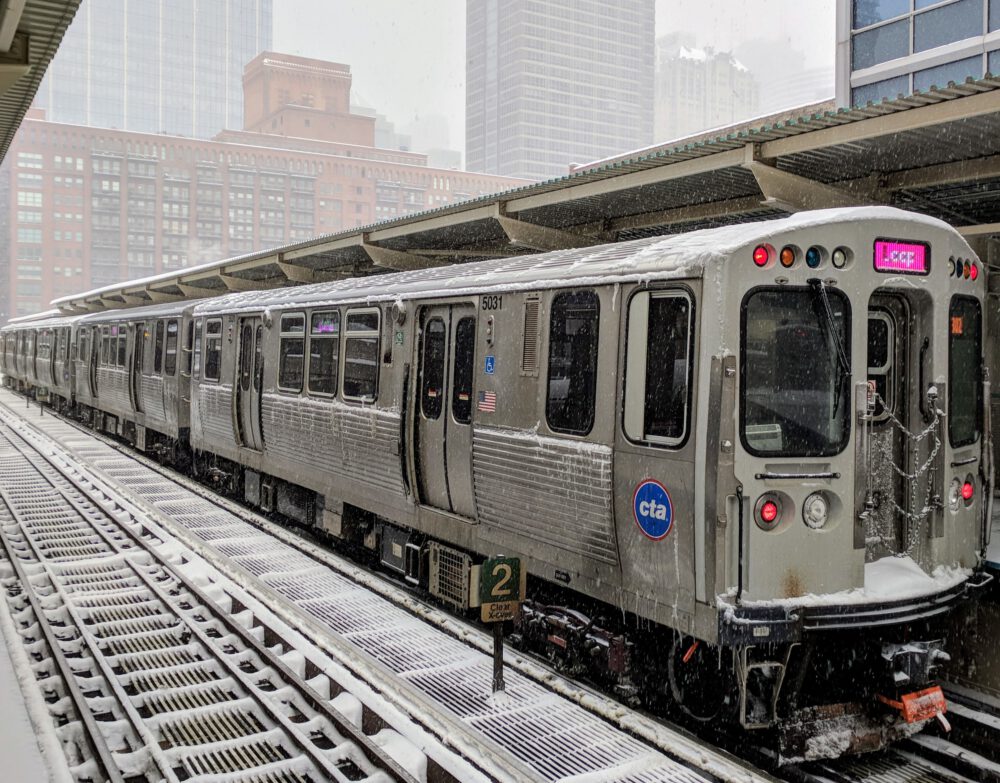 Good morning fine readers of Evil Speculator! Mole is busy writing his own Word Press operating system, so I’m here today to drop some haut trading knowledge on you. Under normal conditions, in the winter time I make an effort to GTFO Chicago as much as possible. Chicago is an amazing city in the summer time. But it ends as soon as the weather makes in inhabitable to most humans, usually in late November. And this year it happened about a month earlier than usual.

I first put my flag in the sand in Chicago back in 2003. I started out living in Lincoln Park but quickly tired of moans of ‘Bro, I’mm sssoo druunnk’ from DePaul kids urinating in the alley outside of my bedroom window at 3:30am. That wasn’t my speed, I was looking for where the bleeding edge was, where the cool kid were at. And they were in Wicker Park, which was across the river in what was still a rough neighborhood.

There was a new tequila bar, Salud, that just opened. It was über cool. There was the amazing Cafe Absinthe. They had just shot High Fidelity with John Cusack in the neighborhood a few years back. There was vinyl shops, cool coffee spots and it was pulling in hipsters with a cosmic tractor beam from all corners of the universe. And right at that time, the movie Wicker Park came out with Josh Hartnett. 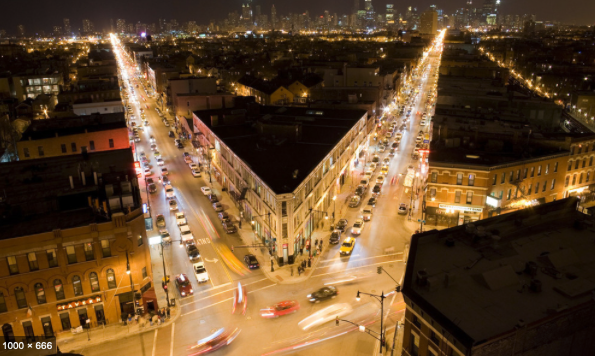 I was sold, I packed up and moved across the river and lived there for almost 15 years. The first year it was still really rough, twice there was someone shot outside my place at night. Things evolved in the late 2000s and it started to gentrify and continues today, it’s one of the greatest neighborhoods in the city in my opinion.

Chicago on the other hand is a city of traders. Within a 1 mile span, you have the TastyTrade HQ, the ThinkOrSwim HQ, NinjaTrader HQ, Interactive Broker’s  Chicagos offices, the CBOE and 100s of trading firms. Trading is baked into the culture here and probably has more traders per capita than any other place in the galaxy.

As such, I have lots of friends that are traders or work in the industry. I dated a chic who was an analyst at Goldman Sachs. A friend is an attorney for the CBOE who works in the cyber insider trading division, prosecuting suspicious trades ahead of big news releases. And I have tons of friends who are traders.

A) To buy a stock with reckless abandonment, at whatever price the market was commanding.

B) To dump a stock as quickly as possible and just get what you can for it.

If you answered B, you understand why we have the current market conditions that we do. All 3 times he was called into work to dump stocks pre-market that came out with horrible news overnight that was materially going to impact the stock for years. Moves down are violent because of this behavior – just get me the hell out at whatever price I can get. Moves up at the very top like now are low volatility grinds.

We touched all time highs recently and as such, we are in a very low volatility state. 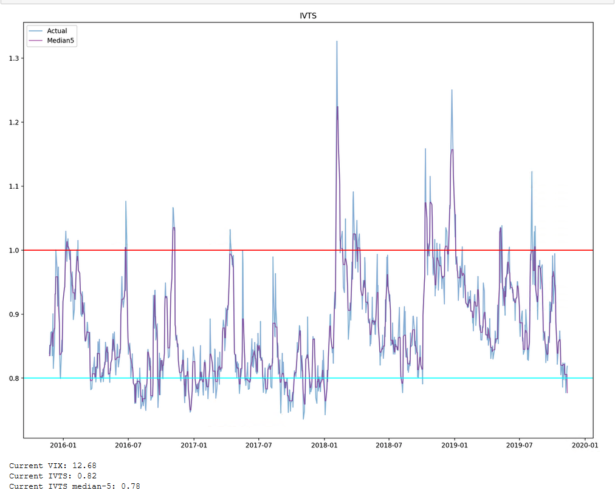 The IVTS has been dipping below .8 regularly which is the market of very low volatility. As such, about 2/3rds of the SPY500 components are shrinking in intraday volatility, which requires goosing our position sizes larger. This is tough as a retail day trader as you’re probably going to only have 2-3 positions on at once in this market.

There are some bright spots in the volatility front, here’s what I have my eyeballs on for today’s session. 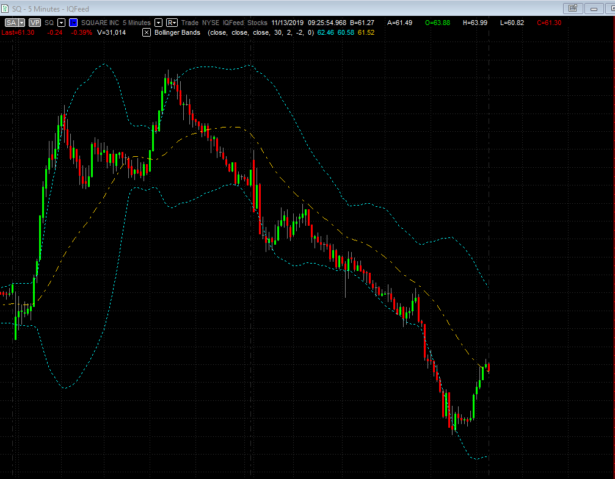 Credit card processor Square SQ came out with slowing growth statements in earnings and has been an excellent trading vehicle since. I caught 1.6R in this down move yesterday and will have it in the crosshairs today. And then there is Beyond Meat… 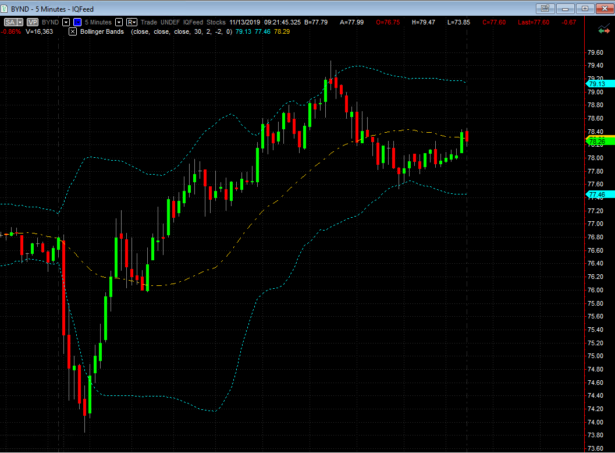 It shanked me for -1R Monday but I caught a nice .9R on this move up. This has been all over the map. It tanked about 20% after earnings, than rebounded almost 8% before doing a full U-Turn-Jones and giving up 10%. Use wide stops. Then there is the prop-trading 101 trade in AAL. 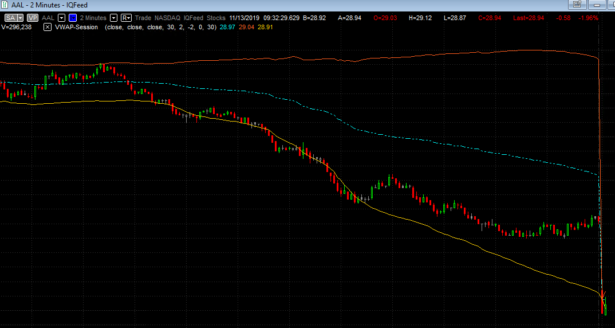 Of the airline stocks, AAL is my fav to trade. It got hammered hard yesterday, putting over 3.1 frogboxes of range on the board. I missed this move, but it just gapped down at the open and if there is any sign of follow through, I’ll be pumping some lead in AAL today.

And finally, for the subscribers only, let’s talk about my juiciest low volatility options trade as I spell it out for you in a paint-by-numbers simple fashion…