The Box Of Pain 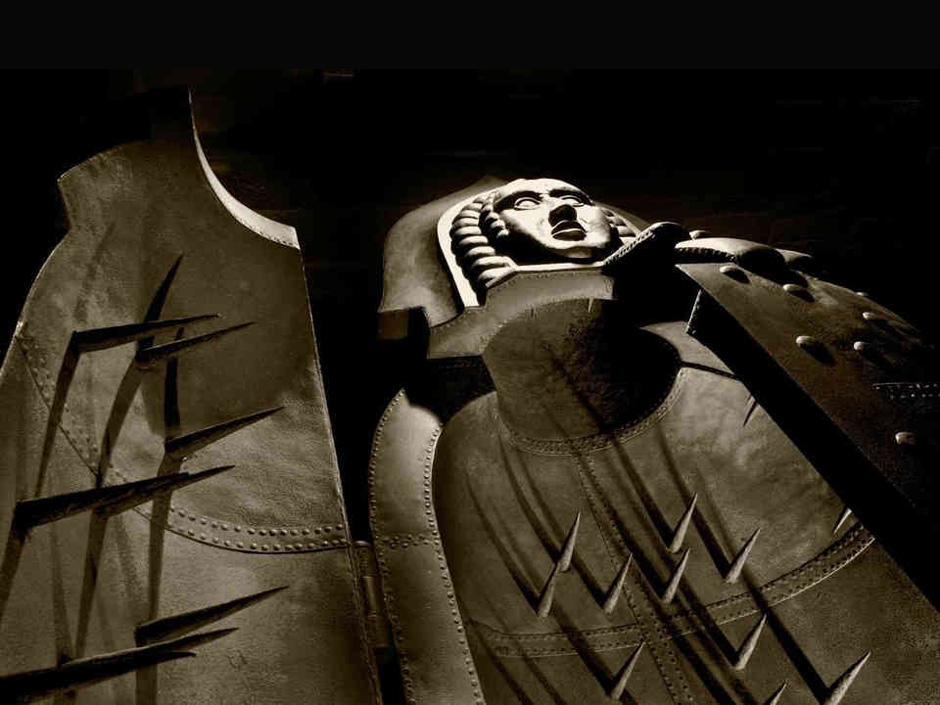 I’m sure you’ve heard of the Iron Maiden before – no, not the band, which is awesome – but the medieval torture device which seemed a lot less entertaining. Like most of you I learned about it as an impressionable young kid and shuddered at the notion of some poor soul slowly being impaled inside. There’s only problem: In reality it actually never existed!

The guy who’s to blame for this medieval myth was one Matthew Peacock, some unknown incel with questionable social skills who lived during 1800s and had a knack for of collecting medieval torture devices. I’m sure the guy was a huge hit at parties. Per Gizmodo:

He wanted to prove how very much better the then-modern era was than the past. (It’s tough to say why he tried so hard to prove it. Not too many people were arguing with him.) The iron maiden, which he pieced together from pieces of memorabilia, was meant to “show the dark spirit of the Middle Ages in contrast to the progress of humanity.” He gifted it to a museum, where it has been delighting and horrifying people ever since who believe it was used to torture people in the Middle Ages, even though it wasn’t.

And there you have it – the gruesome Iron Maiden became an instant hit with Peacock’s contemporaries and thus was firmly cemented in the mind of the public as a notorious medieval tool of torture for centuries to come.

Which goes to show how easily the public can be fooled, especially when it comes to emotionally stirring tales or ideas. Think about that next time you come across some clickbait aimed at rattling your senses. 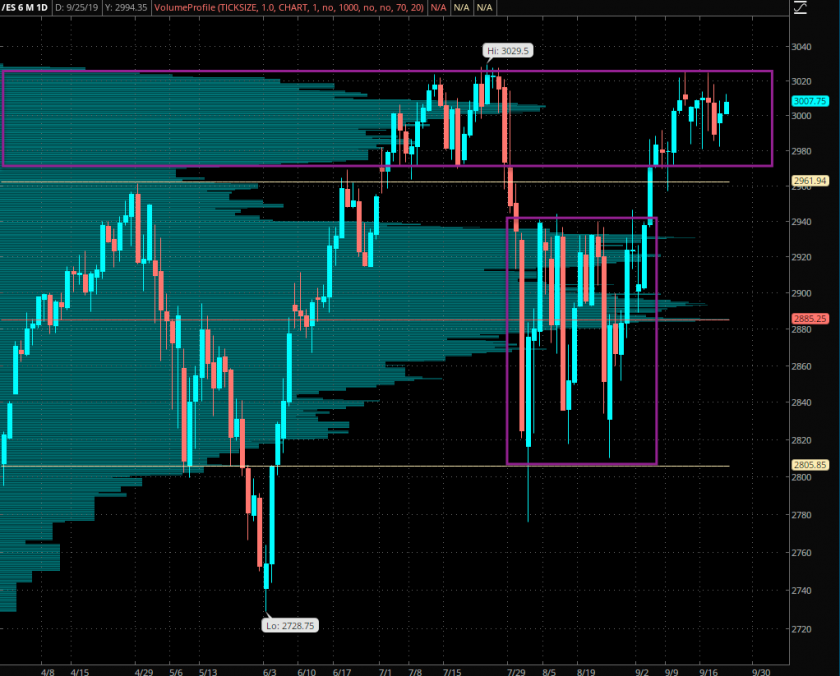 Now what inspired this post’s theme in the first place is the fact that we seem to be once again stuck in a ‘box of pain’ which extends between ES 2975 and ES 3025 – roughly 50 handles of whipsaw with plenty of historical volume to keep it going for a while longer.

A breach > the 3030 mark is probably needed for equities to rekindle a frailing bull market, but if you caught yesterday’s post then you know that the odds are pretty low for this happen this week.

UVOL/DVOL is looking rather interesting. Compare Thursday’s or yesterday’s signature with that of Friday’s. Quadruple witching will do that to you. 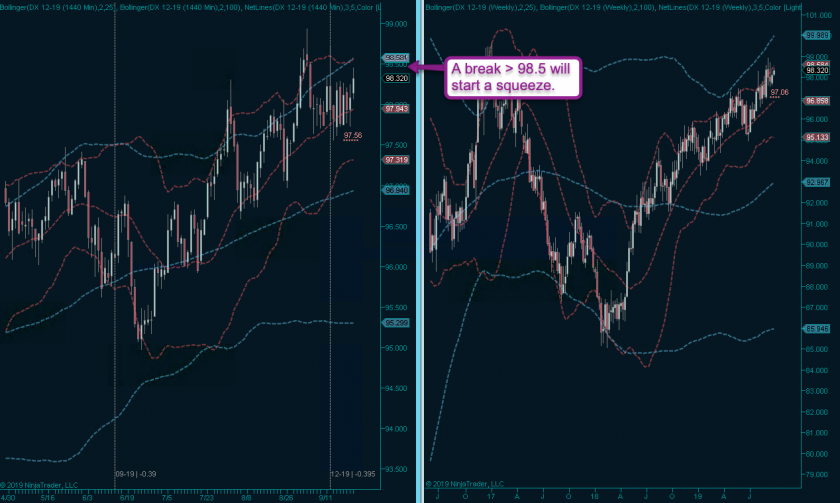 I keep looking at the Dollar and I like what I see. The daily panel does show a lot of retracement but the general trend on the weekly panel is most definitely pointing higher. And to be honest, given the incessant games played by central banks worldwide one should never expect a LV run higher in any major currency.