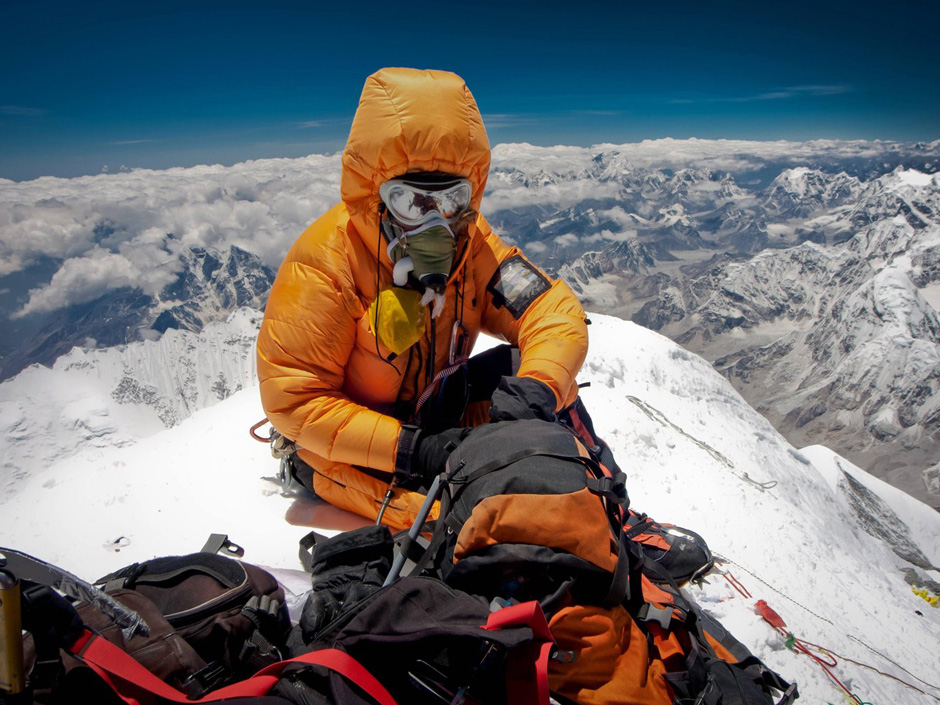 So here I was sitting in my trading lair this morning, staring at my E-Mini chart for what must have been an entire hour. Whilst digesting the price action a whole range of emotions and thoughts passed through my mind which I attempted to process and internalize without becoming attached to one particular perspective or directional bias. I usually pride myself of maintaining a relatively neutral outlook on things, but was forced to admit that seeing the index futures pump higher overnight was creating a strong sense of frustration. What was going on?

I even caught myself wishing I had made a long call late last night and immediately slapped myself for acting like a whiney wanker. Not going to happen – not on my watch! And then finally – I had a sudden epiphany followed by a strong sense of relief. Because I realized that I was attempting to find meaning and order where there simply wasn’t any. It was my own over bloated ego that was tempting me to predict future price action during a period of high volatility. 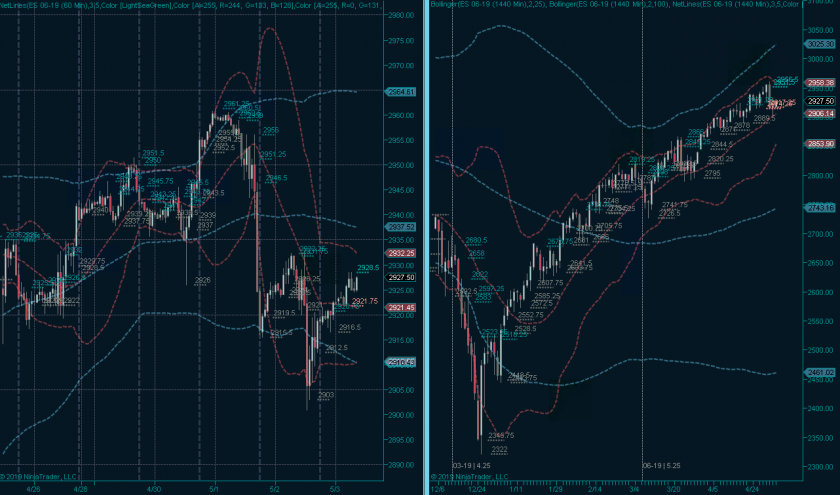 Technically speaking we are in the midst of a death zone. Why? Because as you can clearly see on the chart above sell algos are battling it out with buy algos which is creating clean zigzag formations marked by sharp turns.

Unless you are a suicidal selfie snapping adrenaline junky this is not the time to pick a side. I picked a lottery long ticket yesterday and was run over just a few hours later. And I’m not about to engage in revenge trading just to somehow ‘settle the score’ or to make myself feel better. After all it was a small position and I knew the odds were low. 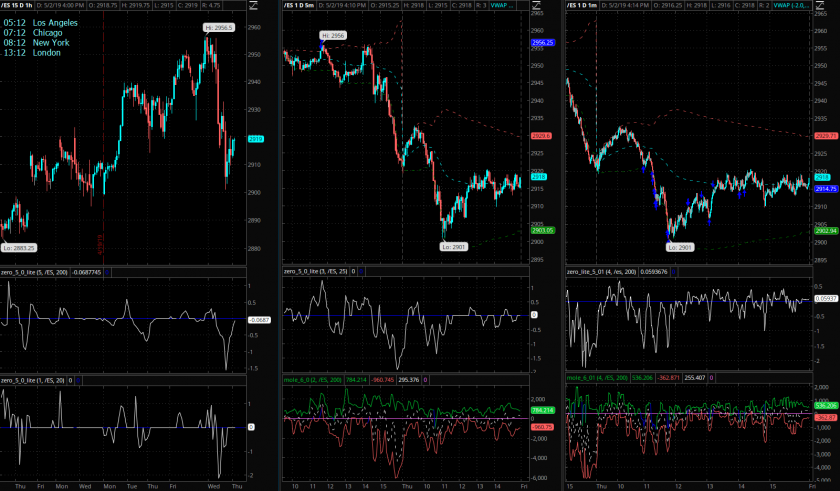 It is one thing to take a chance when you feel the odds for success are low but the resulting pay-off may be significant. That may have been the case yesterday morning but the situation has now changed. The Zero signal during yesterday’s price action – albeit diminishing toward the end of the session – was clearly bearish and seeing a reversal being staged overnight has made me very suspicious (here we go – more emotions – damn it).

So why not just take out a short positions then? Yes, I almost did that actually but then after some reflection decided to let things settle a bit. It’s Friday after all and unless I am able to nail a great entry, price drops during today’s session, and then paints a bit of distance before the close I would be forced to exit anyway.

I’m sure you guys have heard this expression before: Play stupid games – win stupid prices. I really love that one and I believe that attempting to force the issue here would be tantamount to playing a very stupid game. Instead of being yanked all over the place I’d rather wait until we either: 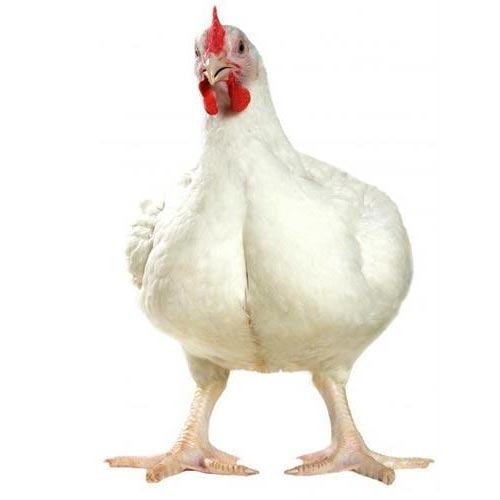 Yes, that’s me – you’re probably right. But just to annoy you with another old expression: 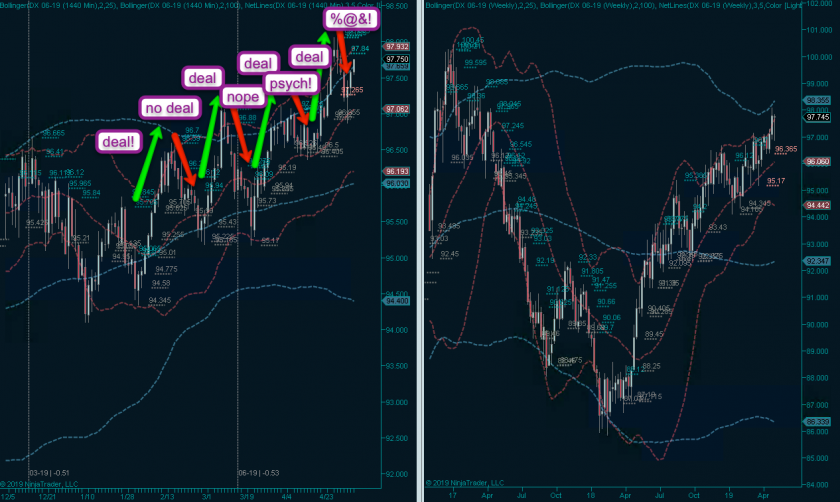 What else is going on… the Chinese trade deal saga has been wearing on everyone and don’t expect there to be any resolution unless Trump is either defeated in 2020 and thus Jinping managed to wait him out, or Trump returns to the White House and Jinping knows that he’s forced to make a trade deal lest the Chinese economy goes up in flames.

Now in the interim it’s causing chop suey tape in the DX and I’m starting to experience a bout of vertigo (could be the beers though). Note however that King Dollar continues to claw its way higher, so when there finally will be a deal (sometime in 2021) then I wouldn’t be too surprised to see the appearance of the finger of God on this chart. 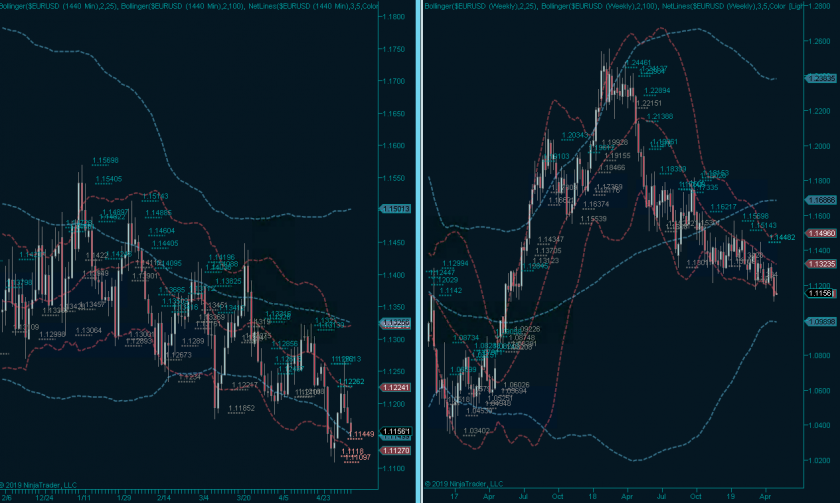 Not surprisingly we are seeing the exact inverse on the EUR/USD and I couldn’t be any happier. As you know I had attempted a long position but then got stopped out a bit above break/even. However seeing the EUR < 1.12 for more than just a few days is pleasing to say the least.

Let me just put it this way. If there was any vestige of reason remaining in the forex market then the EUR/USD would be trading at 0.7 to the Dollar or lower. The European economy is a flaming train wreck hurdling toward a cliff called the European election. I for one have my popcorn and 3d glasses ready.

That said – if Jean-Cheers Juncker and his cronies manage to eek out another win on the 26th then I better start shopping for a flight ticket. Anyone by any chance have space for a potty trained well behaved market mole?