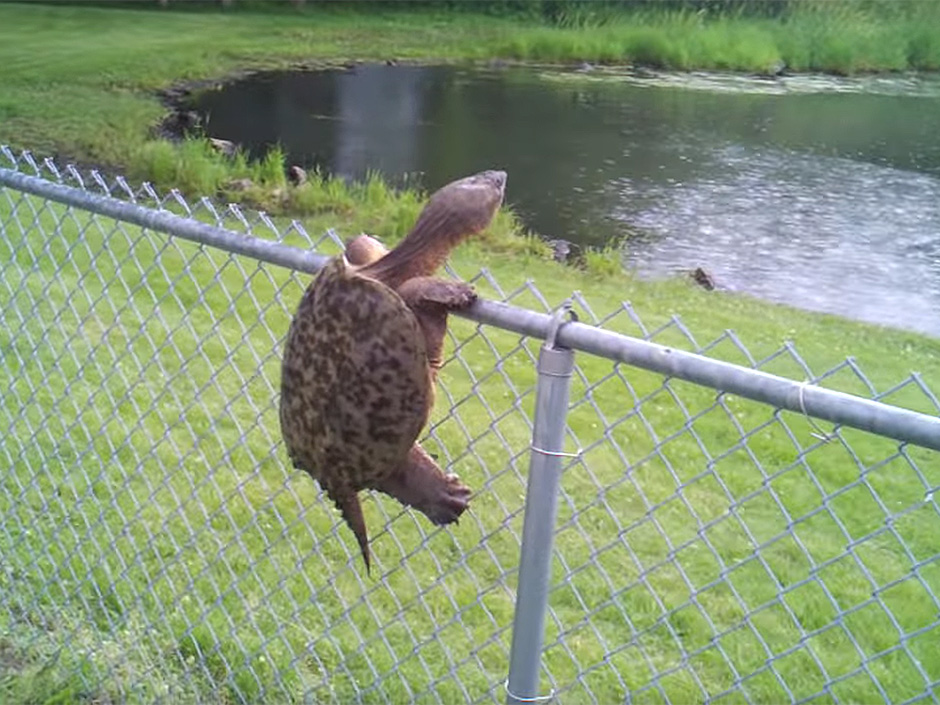 The Fed caves and the bulls run – for now. In a nutshell Fed Chair Jerome Powell told the market exactly what it wanted to hear: No key interest rate change combined with more dovish commentary. Which frankly wasn’t a big surprise as the Fed had pushed rates as high as they could without causing a wipeout in equities.

From a technical perspective the recent bullish action has however not yet eliminated the medium to long term bearish scenario. We may get there soon as the price action is looking encouraging, but the final hurdle for the bulls still lies ahead. 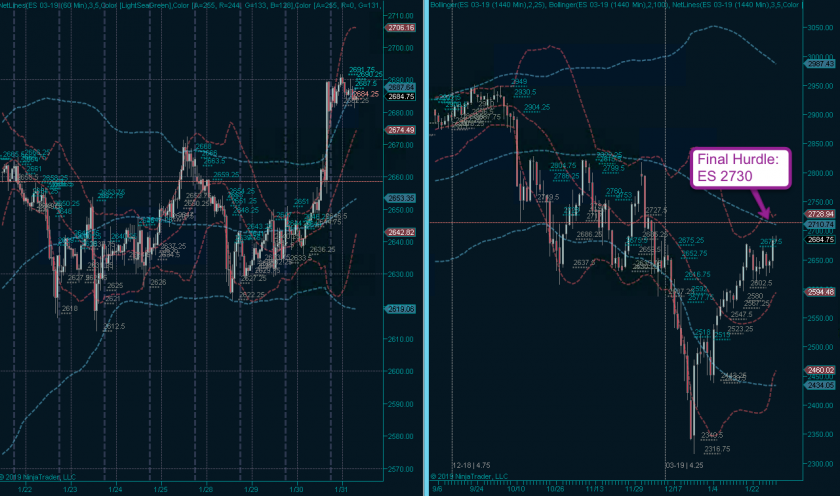 The E-Mini is now in the process of crossing the volume hold with the psychologically crucial 2700 mark positioned smack in the middle. The final hurdle I’m referring to however is positioned about 30 ES handles higher, near 2730.

The 100-day SMA was tested three times late last year and did not budge, which of course was eventually followed by a major sell off. The median of the preceding sideways range almost exactly lines up with the 100-day SMA, which is why I consider it a technically viable resistance zone. 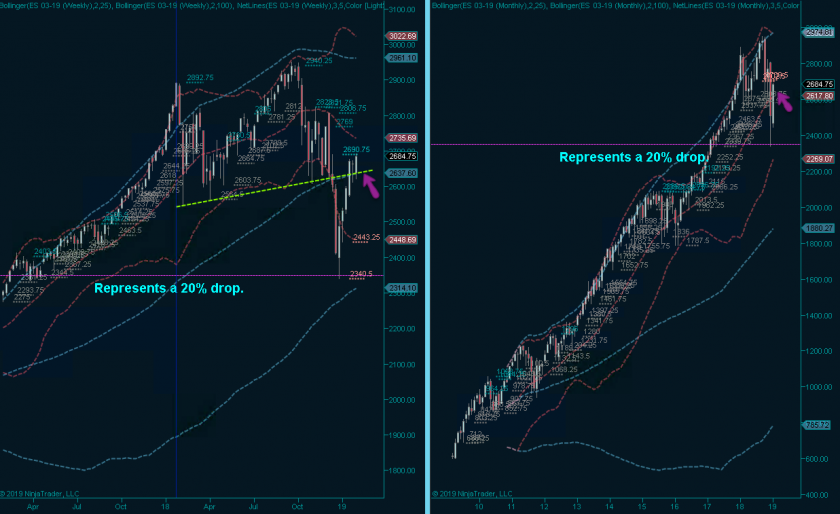 Here’s the long term panel which shows us a successful retest of the 100-week SMA and unless all hell breaks loose today a close > the 25-month SMA appears to be a shoo-in. 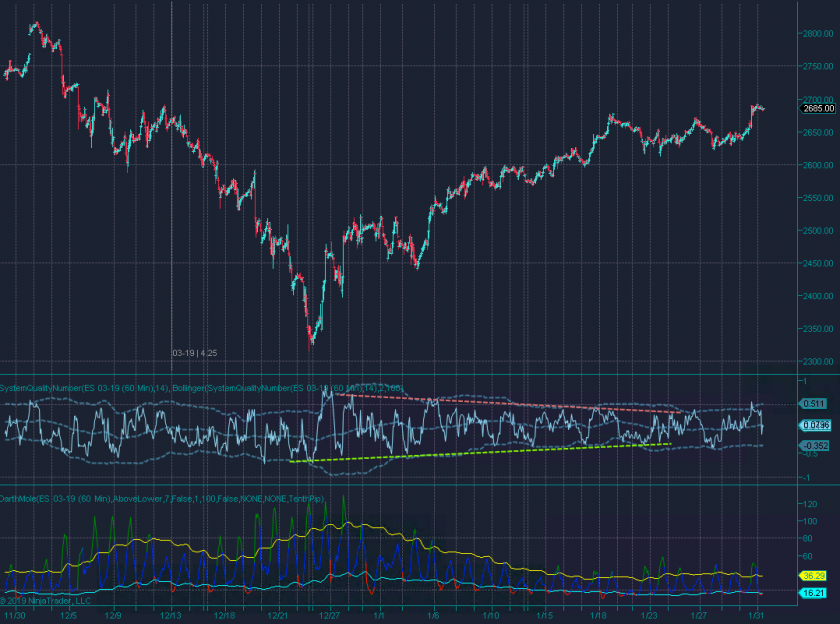 After yesterday’s Fed sponsored spike higher it would not be unusual for equities to spend a day or two pushing sideways in order to take profit, gauge momentum, and decide how to re-allocate exposure. The SQN panel supports that view, as does the realized volatility cycle below it. 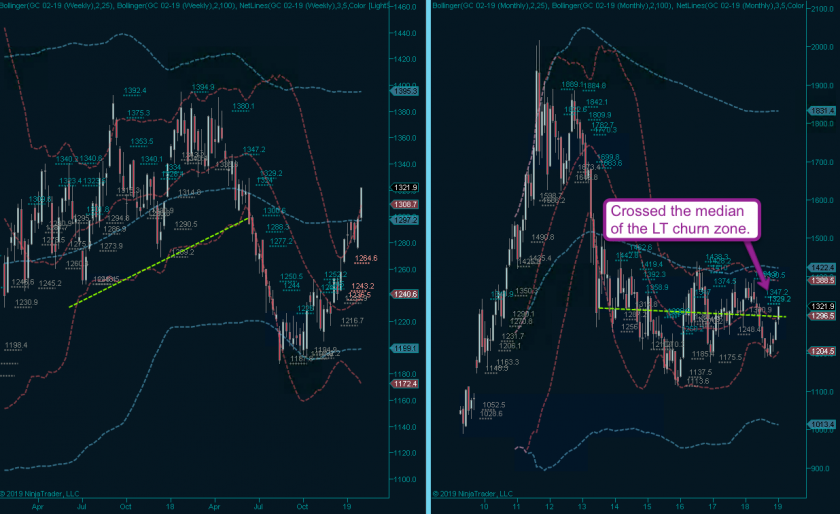 Gold continues to exploit continued Dollar weakness and has now managed to cross the median of the LT churn zone shown above. It’s amazing to consider that gold basically has been treating water for the past seven years.

Something else is going on however, which may have implications on how trade precious metals going forward: