The Worst Of Both Worlds 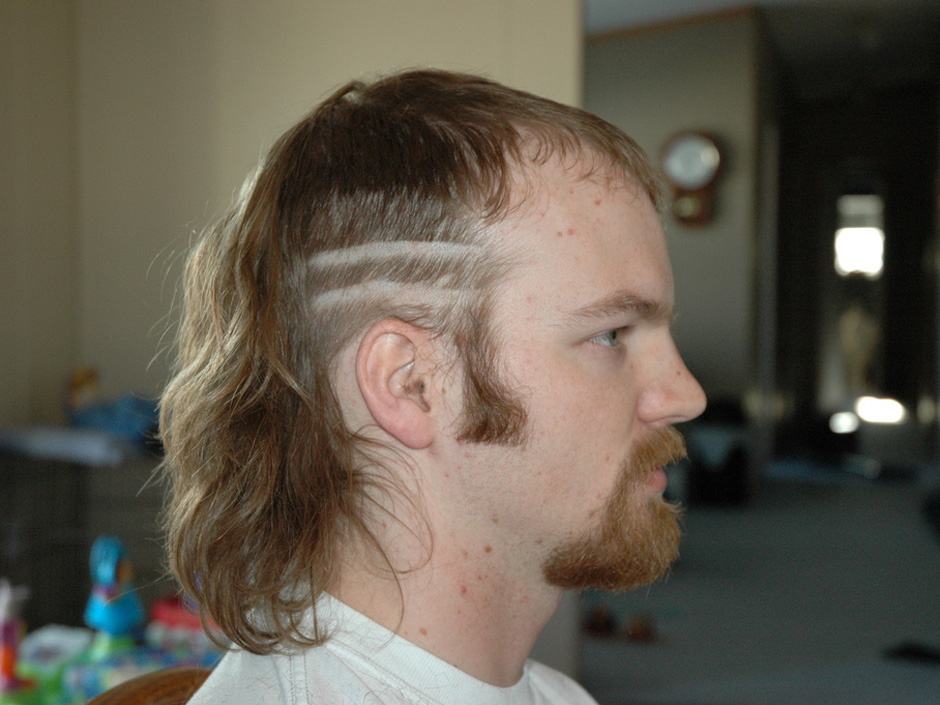 Equity markets in particular, since the end of January, have been going above, below, and beyond in order to test our collective mettle. I have to concede that I have rarely worked this hard to squeeze out an edge and to retain a reasonable technical perspective. Meanwhile the prospect of final resolution (up or down) continues to be only a few trading days away. Only to then again evade us of course.

Extended periods of high volatility whipsaw and uncertainty can seriously exhaust your emotional reserves and frustrate even the most stone cold traders. Thus I strongly suggest that everyone stick with the script and to choose each campaign wisely.

At the same time it’s important that you allow for sufficient downtime and non-trading related activities in order to compensate for the daily onslaught of uni-directional market volatility. Don’t stare at your charts all day attempting to find order in what most likely is simply low participation noise. 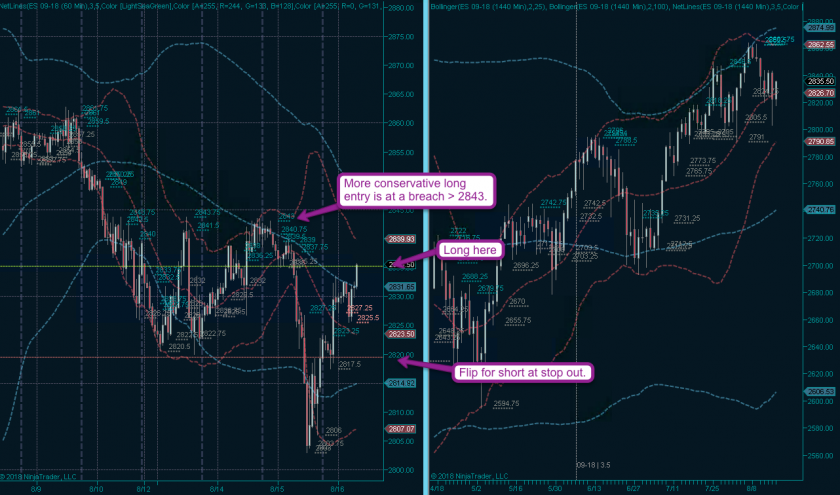 So of course we got served the worst of both worlds. A sudden drop that looked like game over for the bulls followed by a reversal that I am sure managed to lure in a boatload of bears expecting the floor to give way. I actually did not go short yesterday, after my stop out at ISL, as a convincing spike high at ES 2820 did occur before the close of the session. Overnight the E-Mini then blasted higher and is now back to whence it came yesterday morning.

Now I stared at this chart for quite a while this morning before I decided upon a course of action, if there was one to be taken. In the end I reminded myself that realized volatility was still in the process of expanding and that the E-Mini had once again returned to my original inflection point. Thus I popped a handful of Zoloft and then took the entry that to me at least felt the worst emotionally:

Long here with a stop at ES 2820 again. Almost the identical entry, thus emotionally for me at least it’s difficult to take given that I got stopped out yesterday at ISL. Should I get stopped out a 2nd time I will flip for a short position with a stop near 2843. The potential of three stop outs in a row has occurred to me but I’ve done well with equities over the past few months, despite the messy tape plus I am only playing with 0.5% position sizing due to the increase in RV.

This is an extremely difficult entry to take during a confusing market period, which requires a bit of finesse and thus is only recommended if you really know what are doing. There’s no shame in staying away, as a matter of fact a much more conservative and higher probability long entry would be to wait for a breach of ES 2843, as that would hand the reigns back in the hands of the bulls.

Whatever you do, don’t chase this tape and don’t try to double down on a loss as one of the noobs insinuated here the other day. Losing is part of trading, and in my humble experience, exotic capital commitment practices are unable to offset taking hare brained entries based on cognitive sunk cost biases. So keep it frosty, your stops loose, your tray tables in the upright position, and stick with the plan.