Time For A Little Hedge

As you may recall I am still long the spoos, having trailed the current advance since 2013.75. Last week I proposed that we may be heading into yet another pre-X-Mas correction as the timing has us a little early in the season. Given what I’m seeing this morning we are literally sitting at the knife’s edge and that’s a great opportunity for a little cheap hedge: 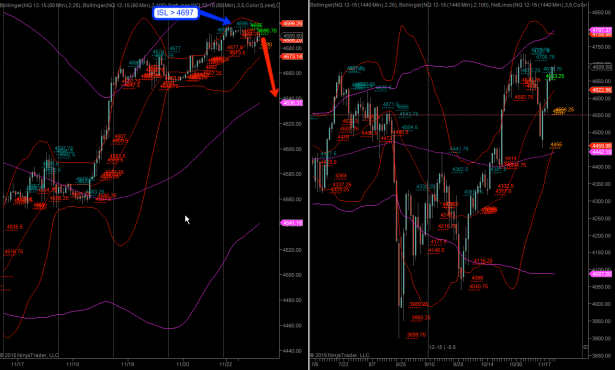 Since I want to hang on to my ES long position I decided to hedge myself via the NQ, which shows us very nice context. Quite frankly I have no directional bias here yet – we could easily paint new highs today. But given the ST context this is a very effective hedge given the current inflection point. 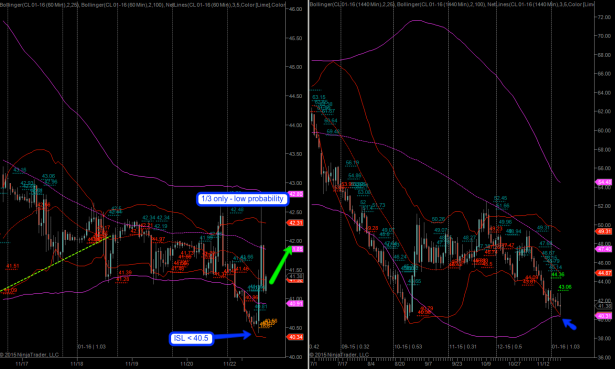 Not much else out there this morning. As we head into the tail end of one of the most difficult trading years in recent history I remain very conservative when selecting setups. Sure 2008 and 2009 were tough but they also had their highlights if you were positioned right and were able to ride the trend lower. 2010 was a watershed moment for me in that it forced me to up my game and approach trading in a more objective and systematic manner. 2015 however has been nothing but an ugly sideways grind – basically we’ve been running all year and getting nowhere fast. Despite this we have managed to stay ahead of the tape but only because we remained nimble and refused to let wishful thinking or directional bias influence our trading. Let’s keep this up folks, because I don’t think 2016 will be any easier.