Time To Move Things Along 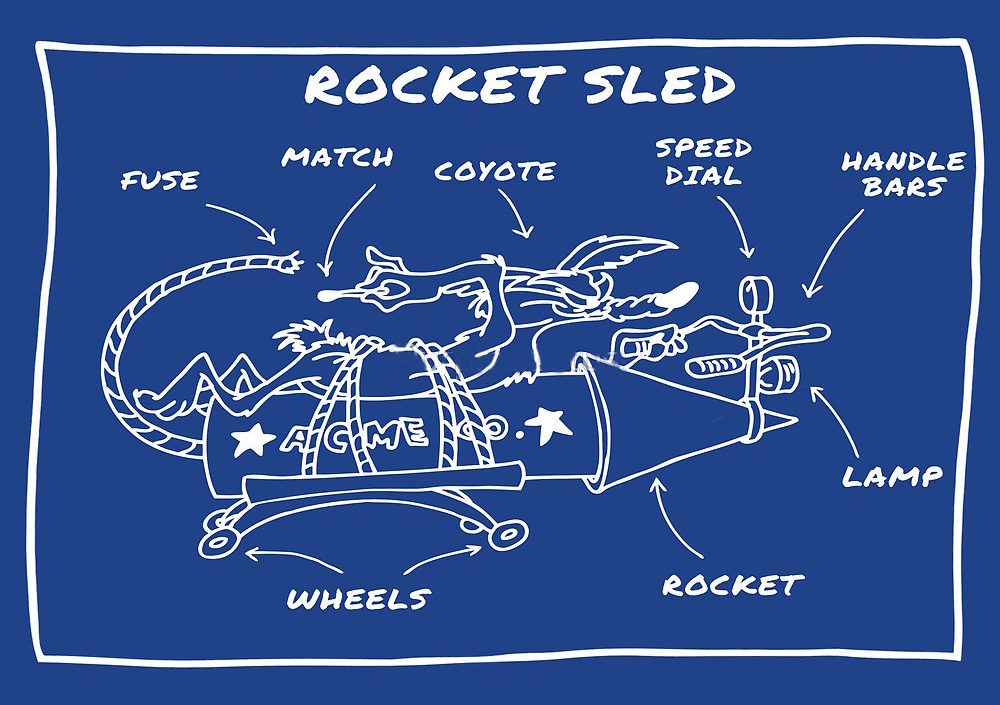 The Dollar is easing back a little this morning which in theory should be a welcome reprieve for equity bulls. However over in the real world I’m not seeing much of a response except for the Russell 2000, which is a bit disconcerting given last week’s VIX Sell Signal which remains valid until about Wednesday this week. 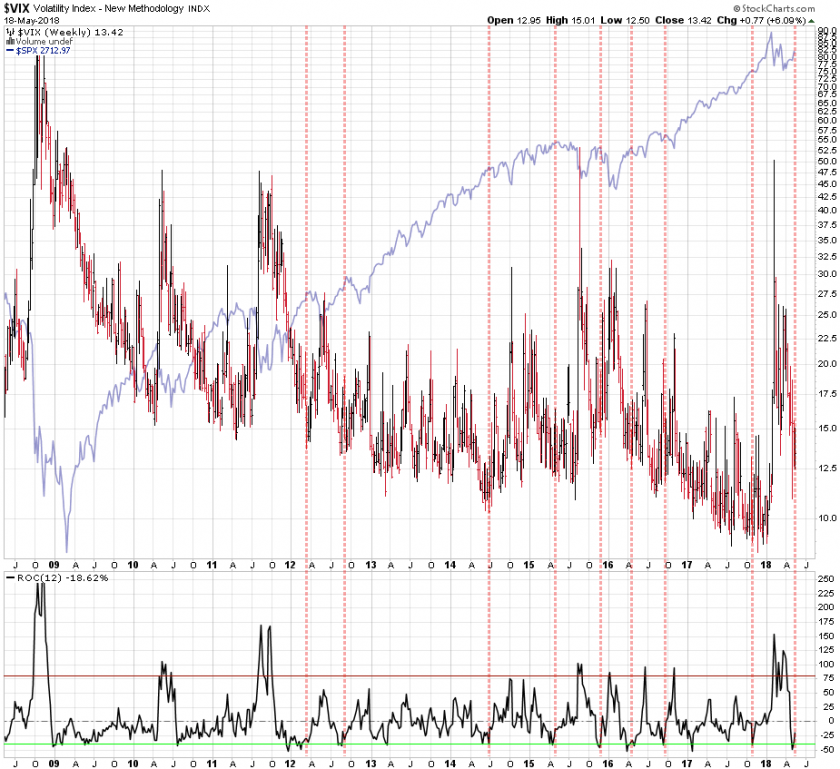 Speaking of the VIX, I decided to rummage around in my momo indicator chest earlier today and found two charts worth sharing. For one it’s the ROC panel that suggests an impending increase in IV volatility (i.e. realized volatility in implied volatility).

I have rarely seen this one linger near the bottom, and at minimum we are going to see a bit of whipsaw here, thus pushing the signal back toward its 0 mark. 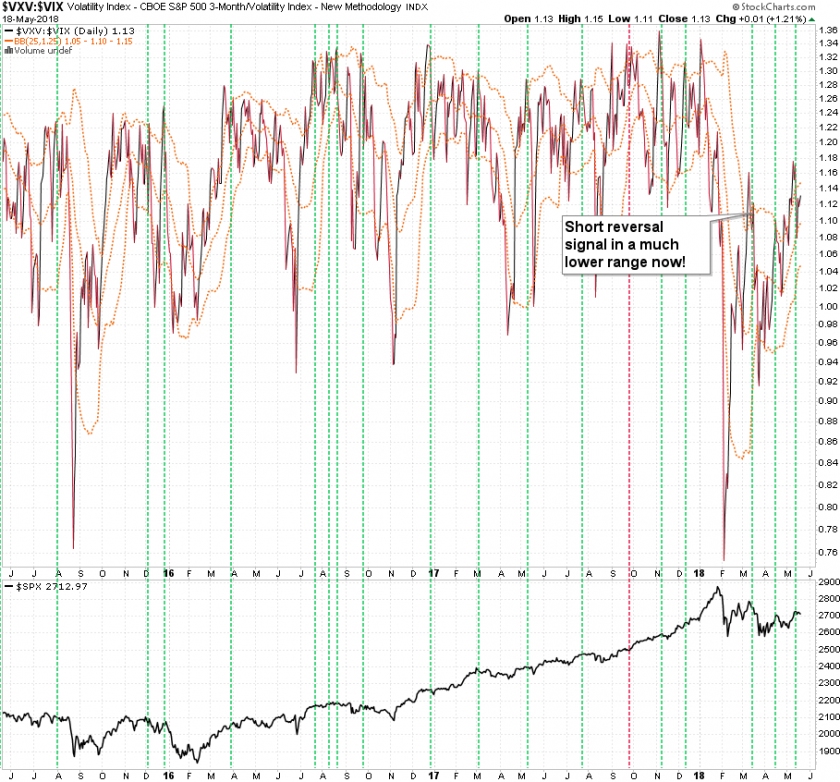 The other one is yet another drop < the upper BB on the inverse IV term structure (i.e. the VXV:VIX). This does not necessitate a large correction (see previous incidents) but it somewhat reduces the odds of a big move higher. 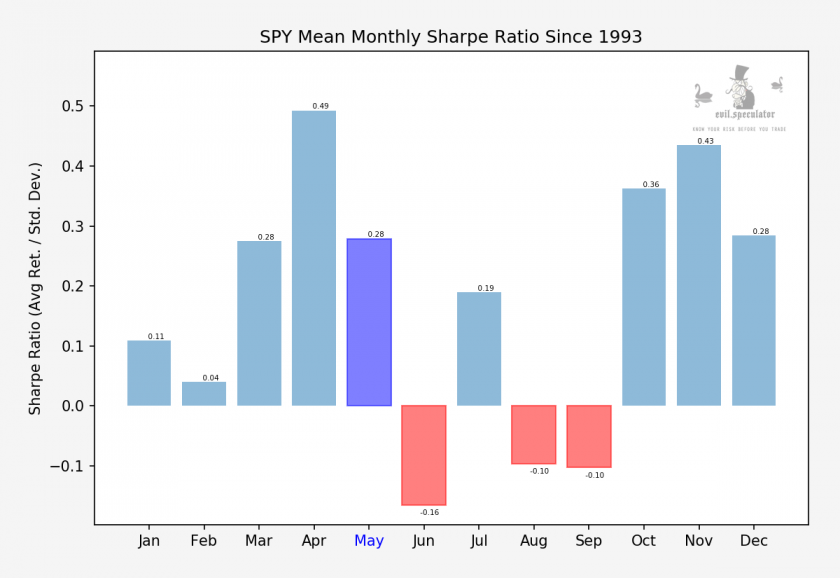 The point of this post’s title is this: The bulls need to stop playing around as the onus is on them to get themselves into safe territory (i.e. > ES 2800) before the onset of the big summer doldrums. We are a little over a week away from June. Nothing good happens in June, at least in the equity markets. 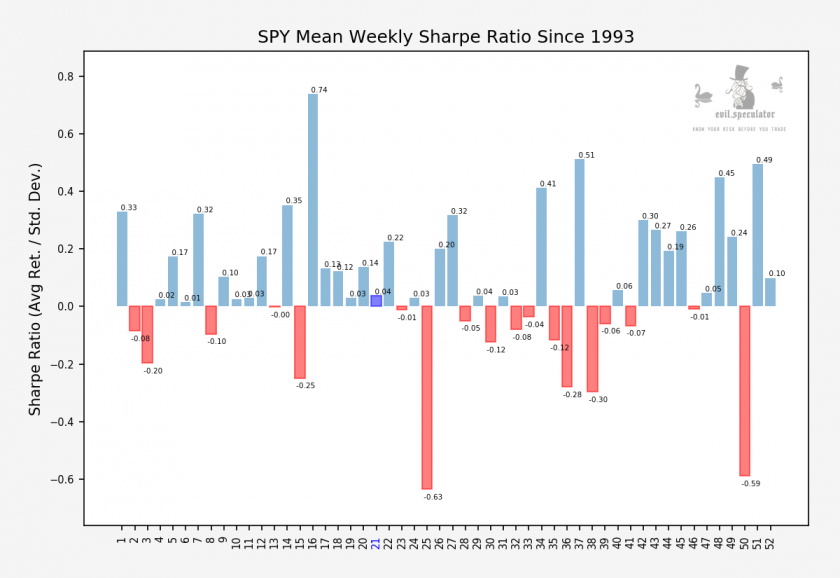 To press this point even more – we are only a month away from the most bearish week of the year (#25). If the E-Mini keeps wasting time by lingering around near ES 2700 then odds of a large correction will increase significantly in the weeks to come.

I don’t see anything tasty on the setup side today, time to observe until things come into sync.