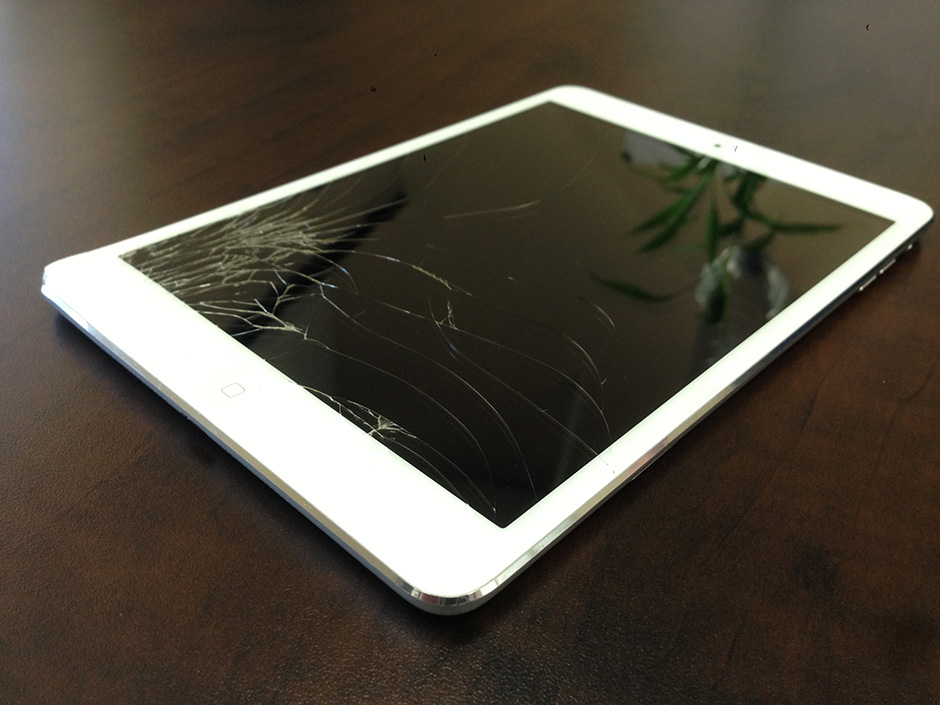 I had a bit of a rough weekend. Everything was going just fine and dandy until late Saturday evening, when a disturbance in the force somehow set in motion a series of mini-disasters. First I caught a huge splitter in my thumb that took me a while to extract. Okay, no big deal really. Then I broke an old cup in my kitchen, unfortunate but easily replaced. Next in line just a few minutes later was my iPad Air, which turns out to be somewhat lacking in the aerodynamics department.

Since my entire place is covered in antique Spanish tiles the impact (slightly diminished by my left foot’s reflexes) ended up smashing the front glass, and I now was starting to get a bit annoyed. I’m a simple man with humble needs but do require order in my small universe. Suffice it to say that my wife strongly encouraged me to go to bed before the house went up in flames.

Sunday started without any major occurrences and as it was a gorgeous sunny day I decided to head to the gym for an hour of exercise. Halfway into my routine I somehow managed to screw up my lower back which turned the rest of my day into a rather painful experience. I was not amused to say the least…

To my overall credit however no other electronic devices, body parts, pets, small children, or senior citizens were smashed or mutilated for the remainder of that day.

Alright, I don’t want to jinx Monday but thus far it has remained surprisingly disaster free. My back is a lot better (after icing and copious amounts of DMSO), and my iPad is donning a brand new front glass, which almost makes it look like new again.

Due to me being a stingy old SOB by the way, as it was an older iPad Air which didn’t have the front glass permanently bonded to the screen. And that’s an advantage actually as replacing the glass was a comparatively easy (and thus affordable) procedure. I’m down $80 for the repair but order has once again been restored down here at the evil lair.

Unfortunately the cumulative result of all my little weekend misadventures is that I was unable to put together a comprehensive momo update today, so it’ll have to be tomorrow or Wednesday. Now let’s see where we are this morning: 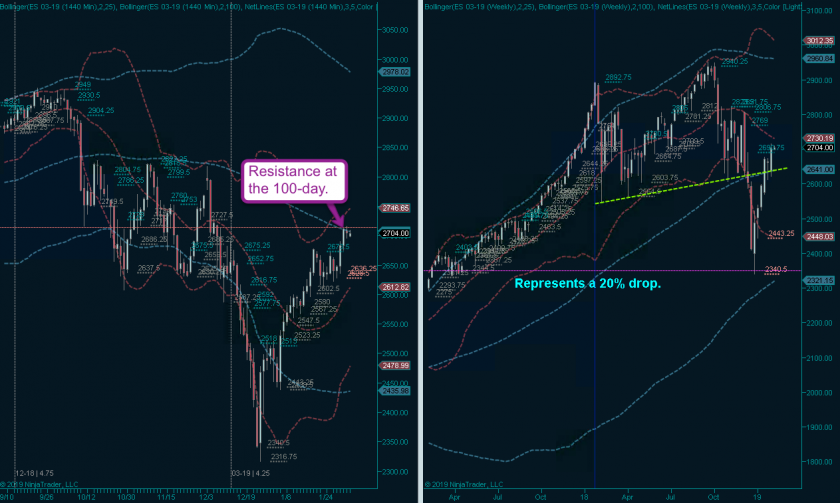 The E-Mini has parked itself right below its 100-day SMA, which as you all know by now, is the lower range of the final hurdle that would lead us back into bullish territory. 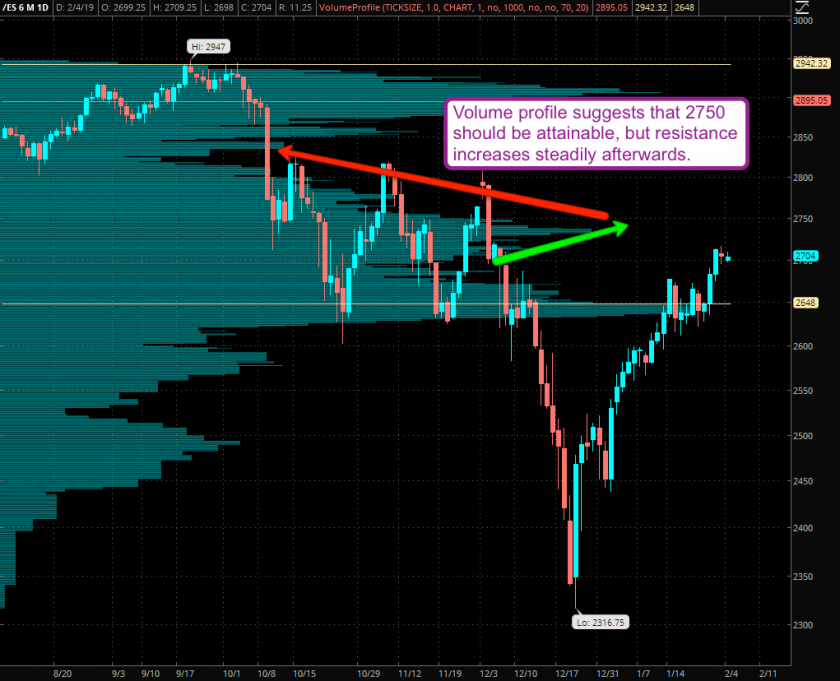 Here’s the volume profile chart. What I’m seeing here is that a jump to 2750 should be attainable, but things get increasingly more difficult afterward. ES 2730 may be our inflection point, however overcoming this series of spike highs will be tough going. 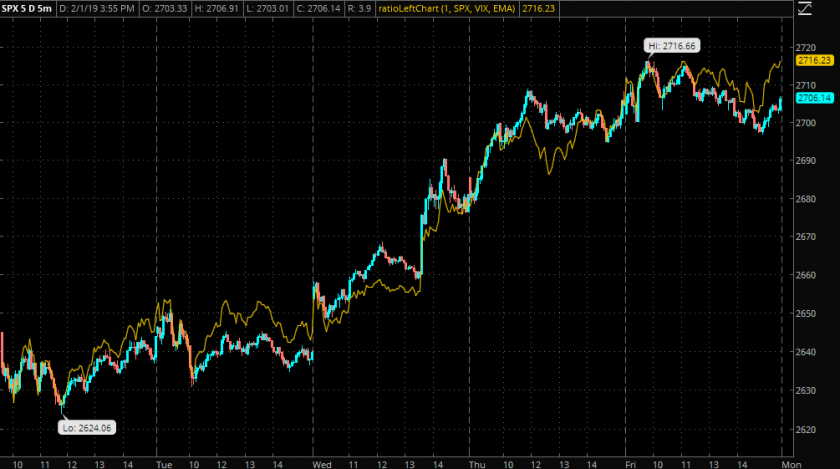 The SPX:VIX ratio was looking positive last Friday, and if the open is positive we may be on course for a first stab at the 2720/2730 mark.