What Are The Odds?

If your undergraduate experience is anything close to mine then your math teacher didn’t look anything like Ms. Perky shown in the featured image. Which probably was for the better as my attention span was fairly strained at that age. Plus everyone knows that calculus and hot girls do not mix – it’s basic physics. And before you say it – the exception proves the rule 😉

Anyway, I’m currently being roasted in freelance-purgatory as I ended up hiring and then firing five useless CSS monkeys in the span of one week – no joke. You’d think that you wouldn’t have to explain how basic CSS works to someone who’s asking $100/hr for putting together a simple check-out page.

Which only serves to bolster my growing disdain of this decade long bull market and proves that we are in desperate need of a global recession. How I miss the nascent days of offshore sweat labor when one could get a whole site designed for less than a cart full of cheap groceries. But I digress… 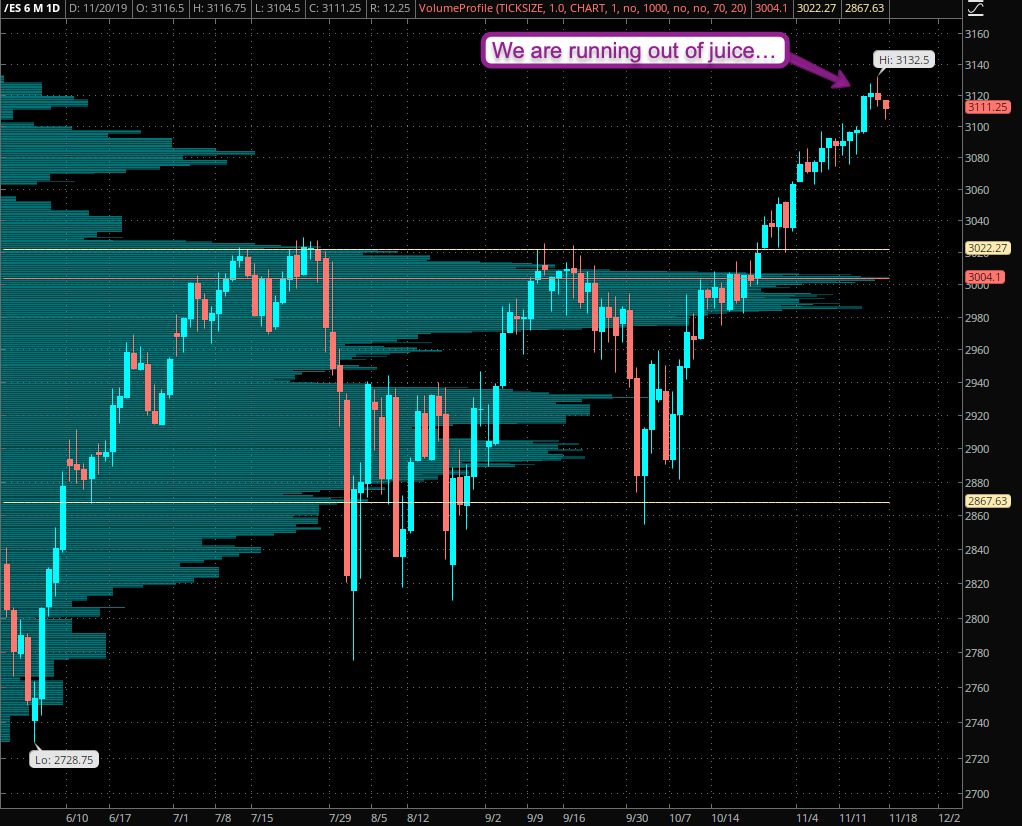 It’s been said that life is a school of probabilities. And believe me – I should know as I’m being tested on a daily basis (see above). Now I could bore you all to death by talking about probability algos but instead let’s just take a good look at the chart above.

What do you see?

I tell you what I see. A very pronounced drop in realized volatility, one can literally see the gas leaking from the tank. The volume panel above also tells us that we are running on vapor, which of course does not mean we are destined to reverse right now right here. See how I made that part italic so that it would sink in.

But it’s still good to understand that we are in a low volatility melt-up, which for some reason seems to attract more hobby bears than a loaded picnic table at Yosemite. 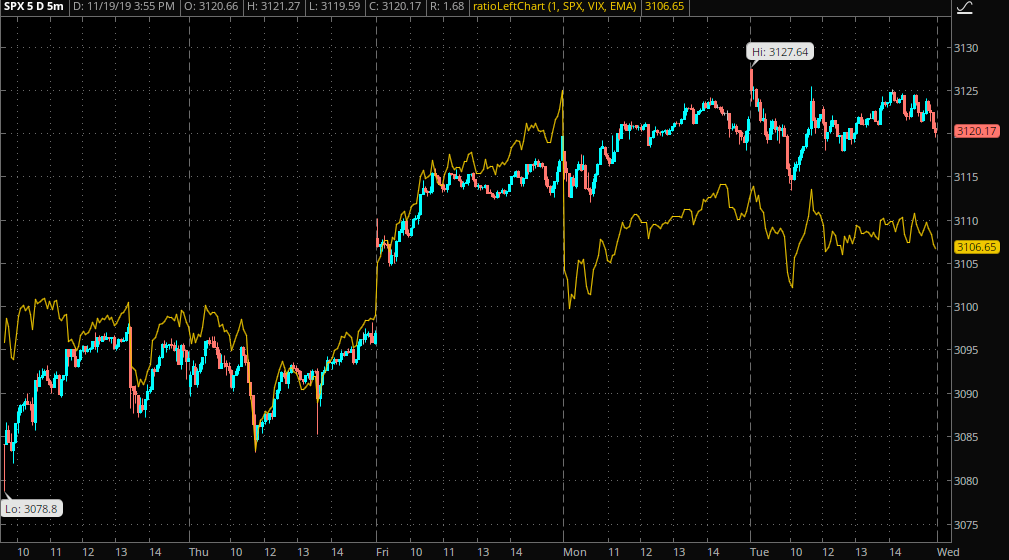 Which is understandable to some extend as strange inconsistencies are starting to mount up all over the place, like for example the XLF lagging, the Russell lagging, contracting market breadth, or as shown above implied volatility starting to perk up.