When Are We Again? 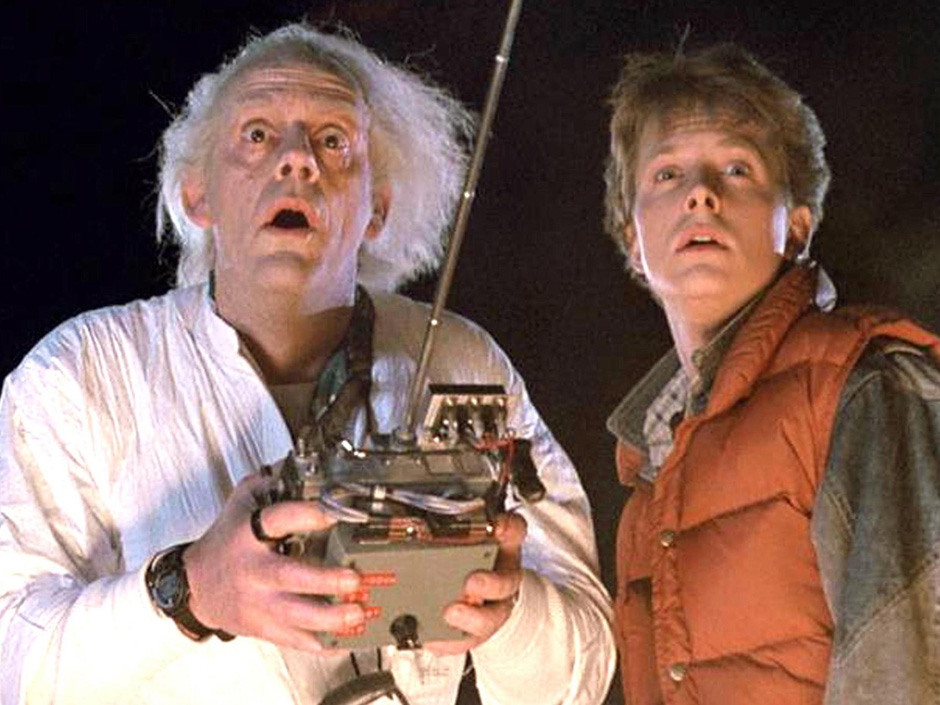 What a difference just three trading sessions can make. Here we were last Friday seemingly on course to exceed the April highs when suddenly the floor gave way on Monday morning and we sold off for three consecutive days. Of course the financial MSM didn’t miss a beat and immediately trotted out the likes of Stan Druckenmiller, David Tepper, and Jerome Powell who did their very best to jawbone this market lower. Are they right? Is this v-shaped recovery doomed to fail? 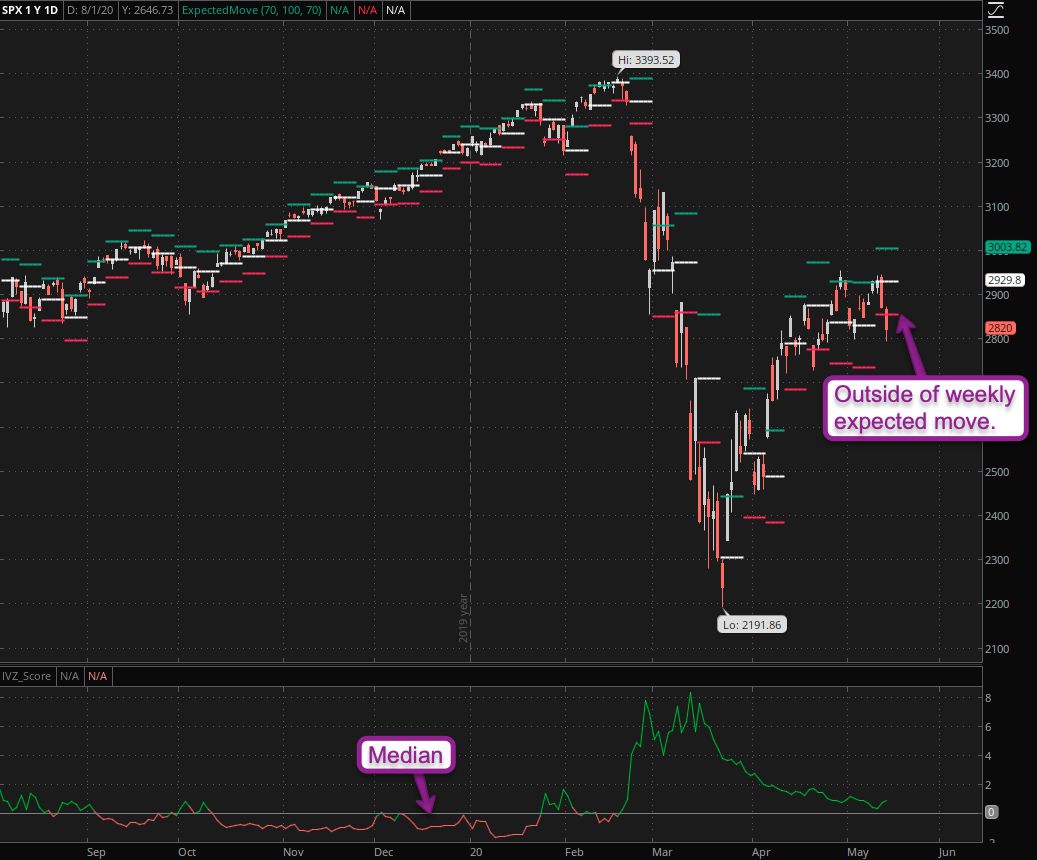 Maybe but it would be foolish to jump to conclusions as doubt and confusion is a normal human response after the first ‘hoorrrayyy’ stab higher that usually follows a deep correction.

So what do we know? Well for one as of Thursday morning as I’m typing this we know that the SPX has pushed outside its weekly expected move (EM). Should it remain there or – even worse – continue lower from here, then the possibility of a really cold summer could be lurking on the horizon.

The 8:2 or even 9:1 advance/decline ratio we’ve been seeing repeatedly over the past few weeks was inverted yesterday and that may be good news in disguise in that the bots were sick of treating water below the SPX 3K mark and decided to spice up the game a little.

Let’s Not Forget When We Are 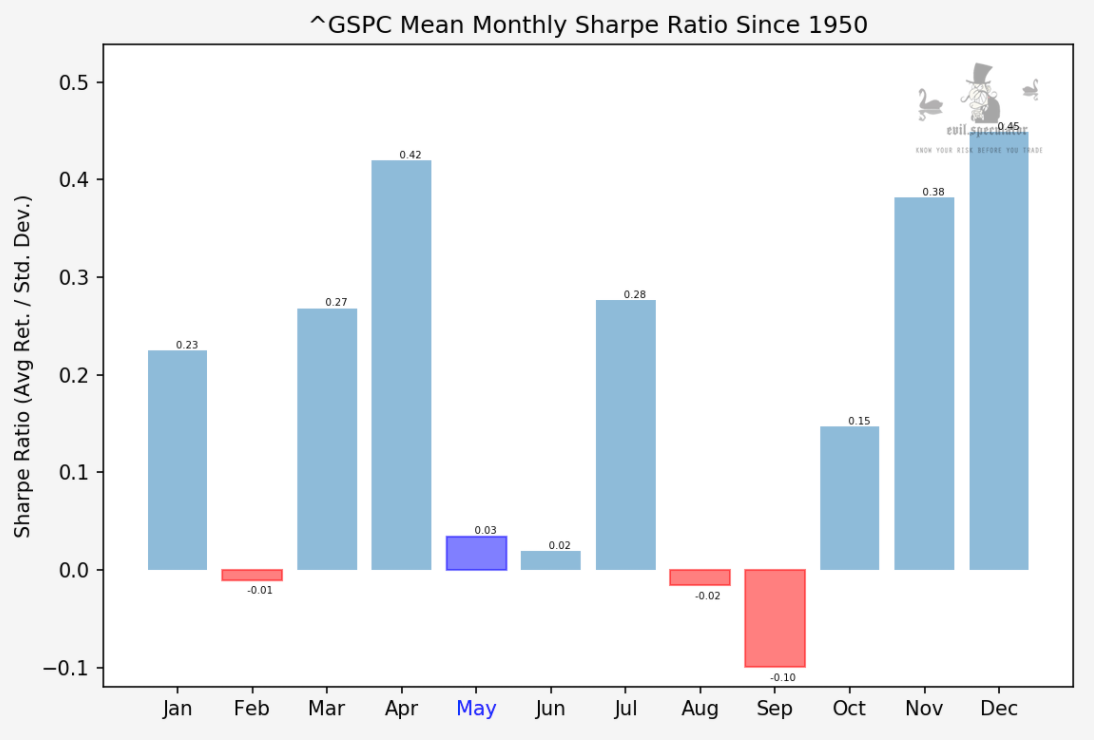 However something many participants seem to have completely forgotten is the fact that May as well as June in general are pretty bad months for equities historically speaking. 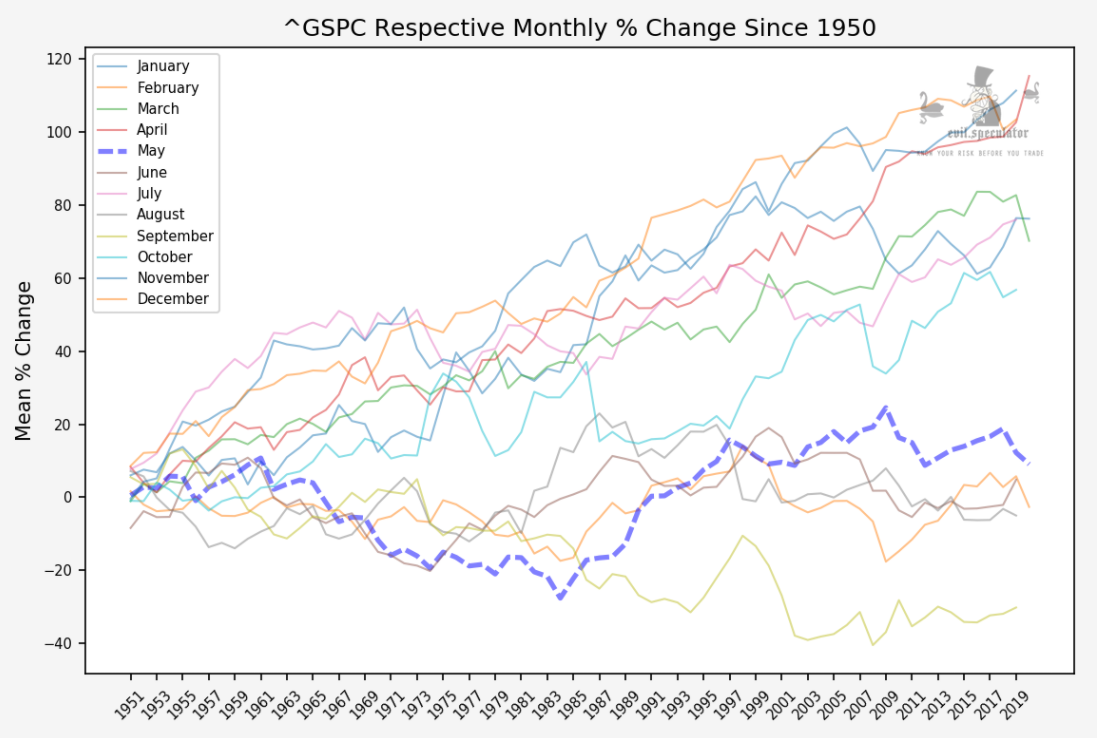 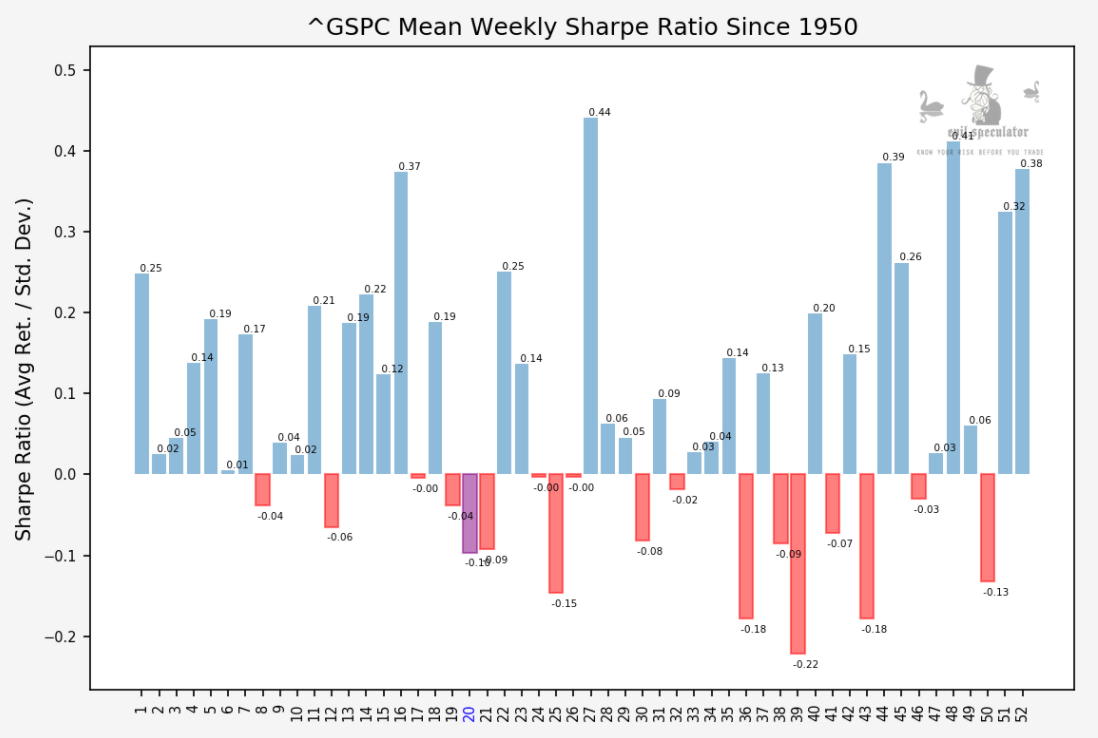 Plus we happen to be in the worst week since December – or the 2nd worst week until the mid year mark.

How often has this week been a loser over the past half century? Well, let me show you: