Why You Fail As Traders 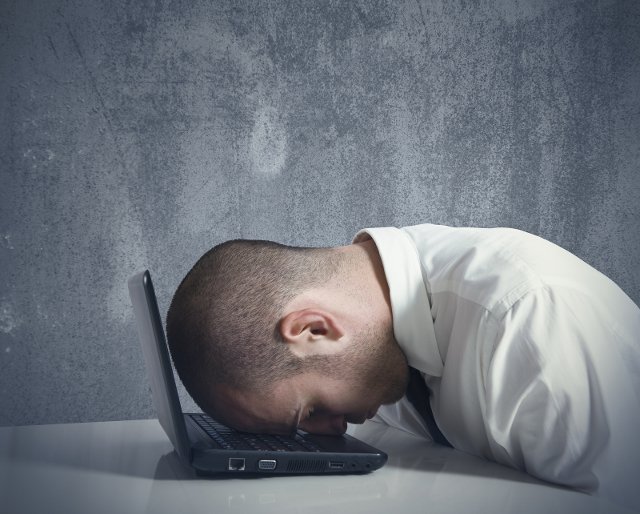 As you know by now I’m currently moving forward with a LAMM based signal service and as planned six or seven people have been selected as the first to get started. One question that keeps coming up is which system to choose – CrazyIvan or Thor? One intrepid sub is currently opening accounts with Vankar and he emailed me the following today:

I’m getting to the point where I’m about set up. Brokers take their sweet time, apparently.

After reading your writeup on Crazy Ivan – which seems to be kicking ass – I’m still not sure of which system I should choose. I was leaning toward Thor based on the SQN and higher expectantcy in your backtesting but I can’t really tell from your published result how the system is actually performing. Is 7.5R in 7-8 months inline with your expectations? Crazy Ivan seems to be doing a lot better but I’m weary of the time committment – not to mention chasing the form horse – for someone who is still too much of a control freak to play handoff to Vankar at this point.

What are you words of wisdom?

This was my response to him:

Words of wisdom I cannot offer in that department. However let me try to help you make up your mind another way. You looked at CrazyIvan and you liked the equity curve. I started with around 40 subs back in late 2013 when I introduced it. Guess how many are left today?

Yup, you read that right. Four subs remain for a system that would have more than doubled your account by now. At least half washed out after that summer 2014 draw down. The rest kind of dropped off one by one over the past year. Of course all of them had very plausible reasons – at least on the surface. But deep down inside I know that most people are incapable of abiding by even the most successful of systems. Now that said – CrazyIvan is a very tough system to be trading manually. But none of them ever came to me saying- “hey, if you offer it for auto trade I’ll be back”. I know that for a fact because none of them have returned after I announced my new LAMM signal service. It seems primarily existing subs and a few non-subs are interested. Interesting… isn’t it?

Right now you look at Thor and you think – hey, it only made 7.5R in seven months. It must be crap, right? Recency bias afflicts us all – even the most mentally disciplined. The problem with trading systems is that you cannot ever predict the future. For me Thor is a raving success right now. It’s been extremely tough tape and it actually managed to eek out a profit during a period that has not favored trending systems. CrazyIvan seems to love this market period and perhaps next year it’ll crap itself. But long term it really doesn’t matter. I personally would trade both systems – many would not want to pay both subscription fees unless I perhaps agree to offer a combo rate. But honestly – Scott already bitched at me that I’m selling my systems way too cheap. I mean – even with the worst spreads and commissions one would have at least doubled one’s account in the past 17 months. See my pertinent post. By the way it’s up to 150R now 😉

Alright, so how many people on this blog have doubled their accounts since 1/1/2014? Exactly – zero most likely – please raise your virtual hands if you did and you’ll be instantly invited to become an Evil Speculator guest author. And even if CI only would have made 30% in that time it would have been worth sticking with it.  However if it had I bet you that the number of remaining subs would be zero today.

It all boils down to unrealistic expectations mixed with ignorance and something they call the Dunning-Kruger effect – in essence people vastly over estimate their competence. Add to that a lack of discipline and an unawareness of the power of compounding. They want to sign up for $49/month and double their accounts every three months. Without any effort and following some magic super system. And we all know that doesn’t exist – it cannot exist because everyone would sign up for that one and it would stop working quickly. That doesn’t keep people from moving from one system to the other however. Just to switch to the next one as soon as the one they are trading experiences a draw down. Remember the ongoing theme in the Nick Rage video? The pain just has become too much.

CrazyIvan is a grinder and it can experience tough draw downs – don’t let the current period deceive you. Thor seems lighter on the draw down side – although it would have had a tough year in 2010 – see the back tests I posted. In the end YOU have to decide what characteristics in a system suit you the best. Because if you sign up with me I would want you to be trading it for a few years, not three months. I cannot guarantee profits in six months – NOBODY can. Systems go through cycles – all of them do. Why? Because markets go through cycles. The system that works in today’s market environment may go through a draw down when the market conditions that favor it change. Which is why I endeavor to provide a range of systems instead of focusing on just one. That’s after all what the pros do. Do you think GS trades only one or two systems? Of course not – they have hundreds of them and they keep improving them on an ongoing basis.

So in a nutshell it doesn’t really matter which one you sign up for.  If you can afford it and if you have enough skin in the game sign up for both. Otherwise choose one that best represents a system you would want to trade manually. Letting others do the trading for you does not shield you from being emotionally tied to the outcome. So detach yourself from the outcome – at least on a short term basis 😉

So now you know why most people fail at trading – they really do. Just go back a few years and read some of my old posts from June 2010 or even June 2012. Look at all these people’s disqus history – they all stopped posting years ago, not just here on Evil Speculator but ALTOGETHER. They are gone. Wiped out. Back to their day jobs as it were. So when I say these things I’m not trying to be an asshole just for shits and giggles if you will. I’m not the Fly – I wish I had his linguistic acuity and his wit, and if nothing else I respect him for his evil intent. But frankly, despite my rather exotic online persona Evil Speculator’s prime directive always has and always will be to help retail traders survive and even thrive in the market. When I say these things I am trying to help you realize what are up against and if possible learn from the failure of others.

Scott always points out that in order to survive as a trader you have to be in the top 1%. Everyone else loses over the long term. Guaranteed. So work your ass off and do whatever it takes. If that entails letting someone else trade a portion of your assets, then why not? Or develop your own but realize that one system alone will most likely encounter periods in which it doesn’t work. Which is fine – there always is a system that matches a particular market period. The problem is – you never know which one you are really in until it’s almost over 😉