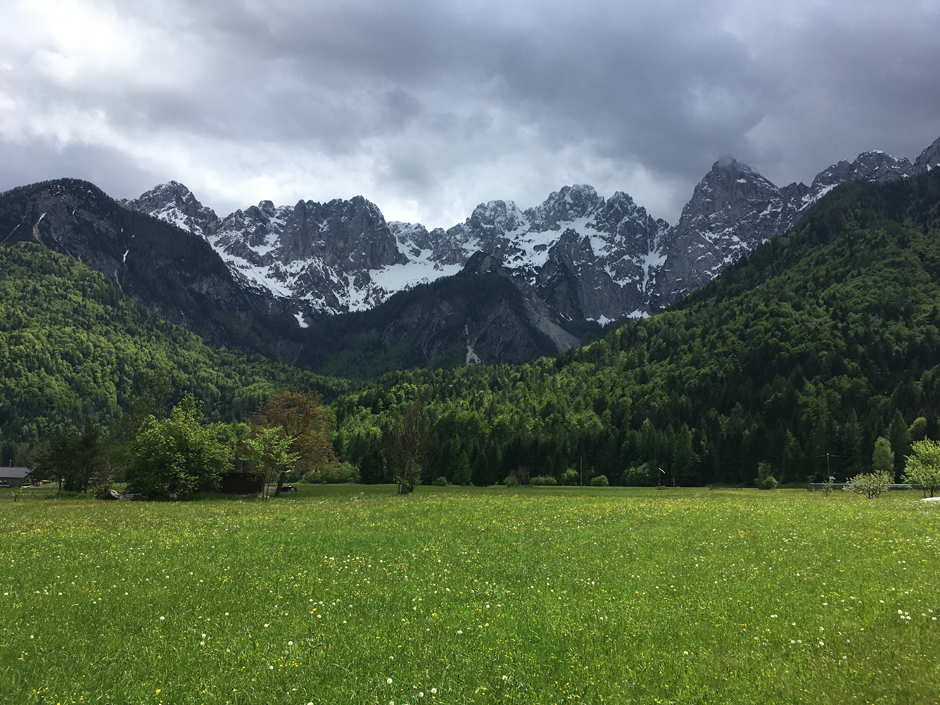 So we are back in Slovenia after a short stint into Austria. Originally we were planning on spending the remainder of our time in Corinthia but ended up changing plans after realizing that the apartment we had rented was in a very noisy part of town with incessant street traffic. Plus half my family was in bed fighting some nasty flu – not something we wanted to risk catching while on vacation.

Fortunately our apartment’s host was more than accommodating and reimbursed us the remainder of our rental fee. And due to the crappy weather a lot of rental properties in Slovenia were still available and so were off heading back from whence we came. 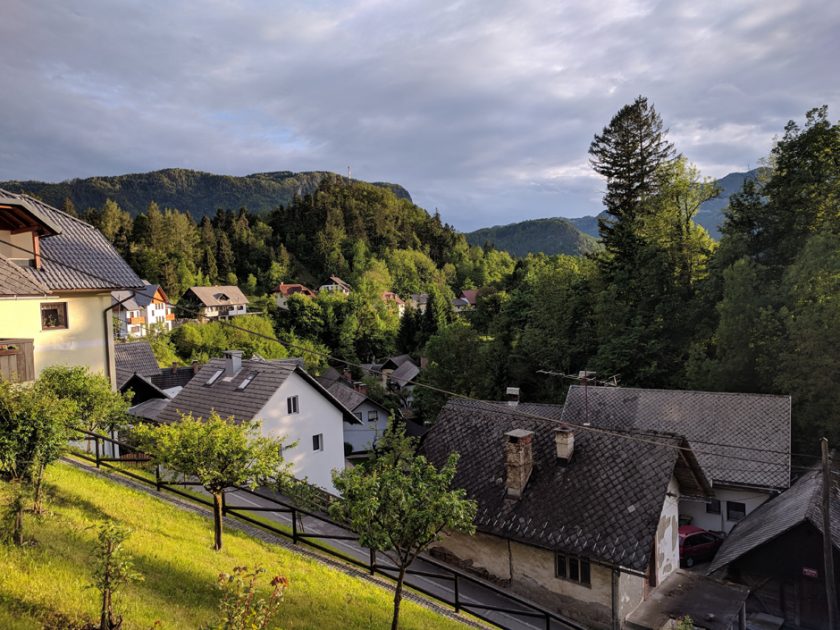 Of course we could have stayed in Austria but to be honest in the two days we were there both my wife and I had completely fallen in love with Slovenia. It’s actually a bit more mountainous than the Southern part of Austria where I grew up as a young kid. 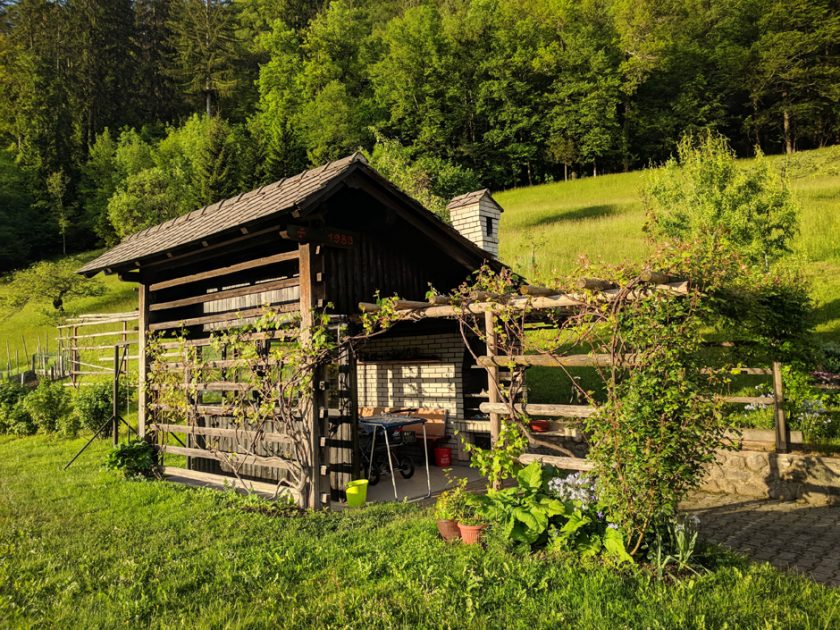 To give you an idea: Both pictures above were taken right in front of the bed & breakfast we ended up renting. Basically this is how almost all of Slovenia looks like. And as someone who grew up on the other side of the Julian Alps it pains me to admit that Slovenia is slightly more beautiful than the South of Austria – at least these days. 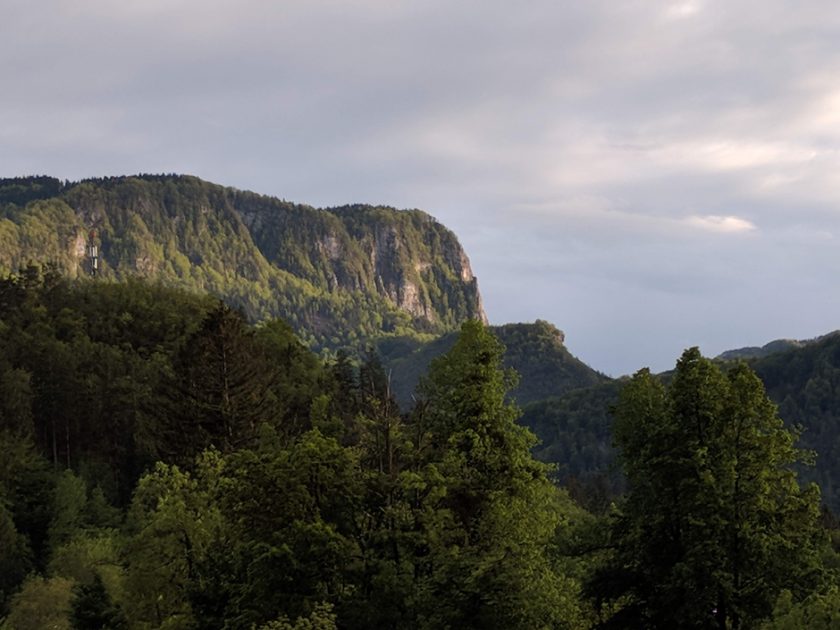 The entire country looks like as if God once had a really good day went to work and said ‘Alrighty, I’m Going All In Today!’ And it shows – everywhere you go it looks like the place was scrubbed and manicured by little elves overnight.

The people here are extremely nice as well, in a Slavic sort of way which may not be apparent to the average American due to cultural differences. Not very smiley but if you try to speak a few words of Slovenian they literally turn on a dime and are most accommodating. 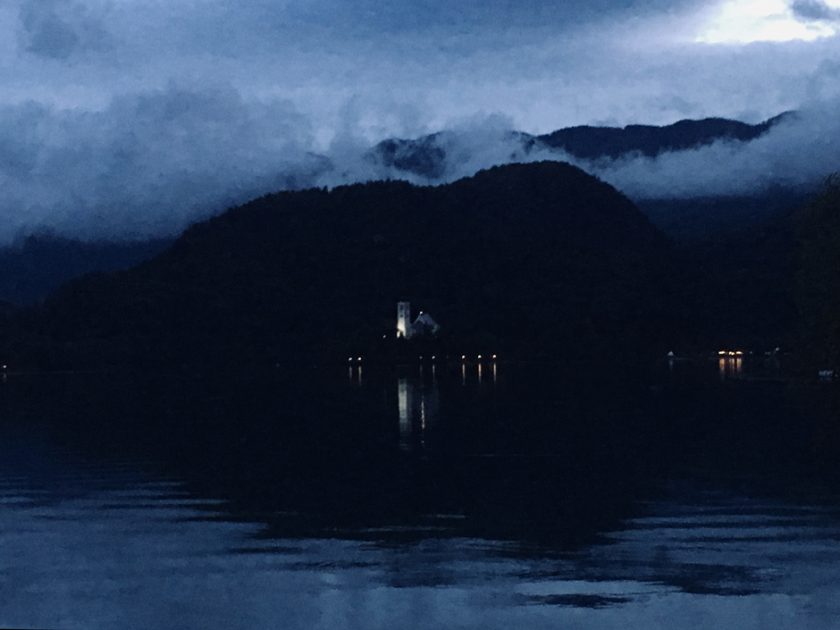 Here’s a night shot I took of the castle at Lake Bled during a stroll I took with my wife (I used her head as a tripod). We both literally felt like we had traveled back in time 100 years. The tranquility we feel here is something that has been sorely missed living in noisy Valencia.

If we spoke Slovenian we would seriously consider retirement here, this is how much we love it. The property prices we saw near various tourist traps are a bit elevated but I’m sure that if you spend a few months here and get the lay of the land you can find a perfect little house in paradise for a fraction of what you’d pay back in the U.S. 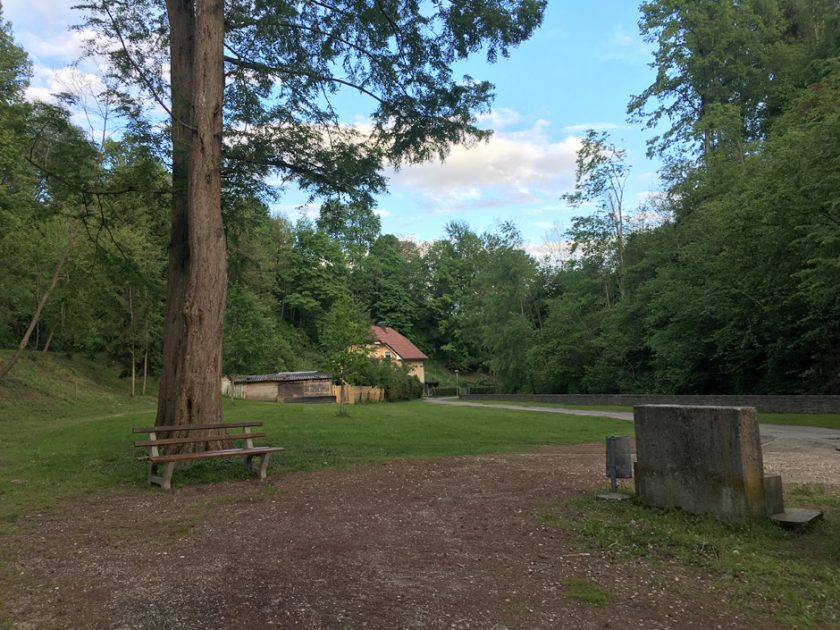 The picture above was actually taken back in Austria. It is the little park near our old house I used to play in as a young child. We were there two years ago and in the interim it’s become really downtrodden as nobody seems to maintain it any longer.

That was actually one of the other reasons we decided to leave Corinthia. Having just come from Slovenia we noticed quite a stark difference between the two countries. While Slovenia looked extremely clean and well taken care of at least the town I grew up in has gradually turned into a hollow shell of its former self.

The old building we used to live in has been abandoned and is falling apart. Which is a real shame as it’s actually over 400 years old and was officially listed as an Austrian heritage building. The big yard and garden in which I used to plant flowers and juicy carrots has been turned into a big parking lot for the hospital right in front of it.

There used to be a bunch of cranberry bushes right around the property and of course they are long gone. The old hazelnut tree I was raiding during autumn as a kid has been cut as well – it actually still was there two years ago so it really pained me to see that.

The old butcher where I used to buy myself a Leberwurstsemmel (look it up) has long been gone, most likely the former owner died and after that the building was abandoned. The Spar market near our house is gone where we used to shop, the old coffee place in the city center where we used to grab a ‘Kaffee mit Schlagobers’ is gone as well.

I drove my wife up to the swimming pool where I learned how to swim when I was only six years old. And guess what – yes, it’s been abandoned as well and is now a private property that looks downtrodden and unused. Almost every single place I remember as a kid is now gone or has been replaced by some tourist trap.

We saw a lot of Ali G. types with souped up Hondas or GTIs pretending to be in town from South Compton, which gave us a chuckle. I asked one of the guys if he ‘was packing’ but obviously he didn’t get the joke.

I could go on and on but I think you now get the real reason why we decided to leave. The old place I grew up in simply does not exist anymore, it is now nothing but a fading memory shared by an older generation. What remains are just the buildings but even those look badly maintained and ready to be replaced by some architectural monstrosity dreamed up by some architect with a vengeance for a vision.

And that finally brings me to this week’s life lesson – which I believe also applies to us as traders as well:

You cannot ever go back from where you come from. Change, in particular in the 21st century, is the only constant we can rely on. It touches every facet of our life, our environment, and in the end it also touches us physically and mentally as well as we transform from young exuberant optimists into whatever you see in your mirror in the morning.

As traders we slowly transform in terms of our skills and abilities but also in regards to our aspirations and financial needs. Chasing penny stocks or betting big on anticipated break out moves is something that may be justifiable as a youngster with a  $20k account but it’s not a risk you want to take when heading into retirement.

And finally – nothing is eternal and in the end entropy and time will make its claim. A really good analogy is the theta burn of an options contract which is almost imperceptible in the first few months but then accelerates rapidly until finally there’s nothing left.

This may all sound a bit pessimistic but the aim of my post is the exact opposite. Remember, instead of bitching and complaining we simply turned around and went to a place that still resembles the one I grew up in. People seem very happy here and grounded in Slovenia, and despite the language barrier this is were we feel at home.