Bitcoin And The Sex Pistols 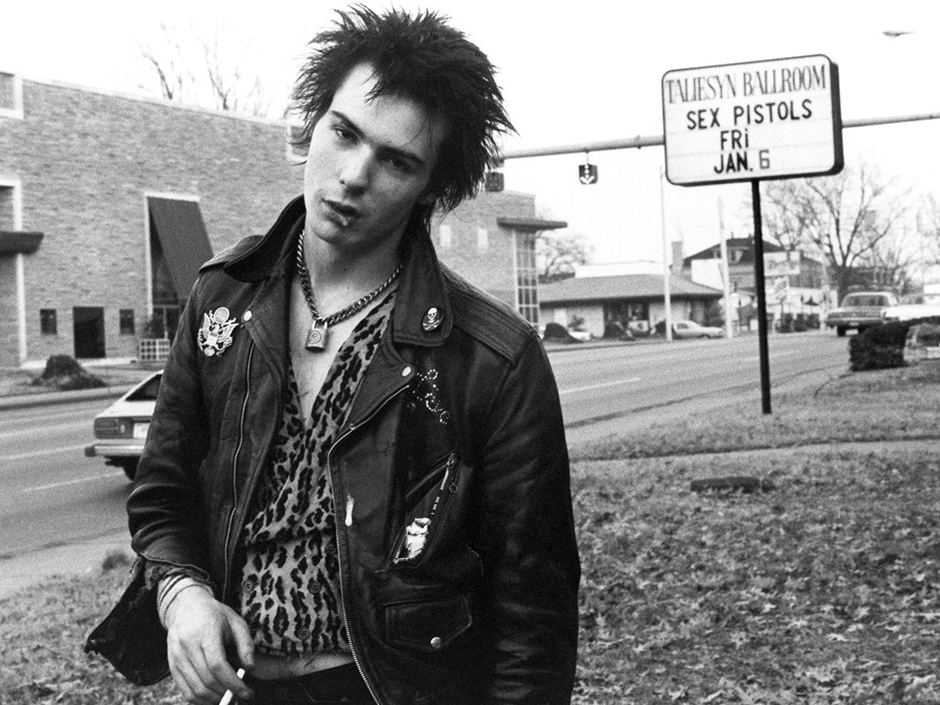 So I have not mentioned bitcoin or crypto over the past few months and some of you may have wondered why. For an answer look no further than what happened last Tuesday. Unless you’re living in a cave you probably know by now that BTC suddenly and out of nowhere punched higher and effectively ripped the face off an army of over leveraged small players holding speculative short positions.

Ergo, when it comes to crypto currencies GARCH is not going to help you, champ!

Yes, I know, I just blew your mind. 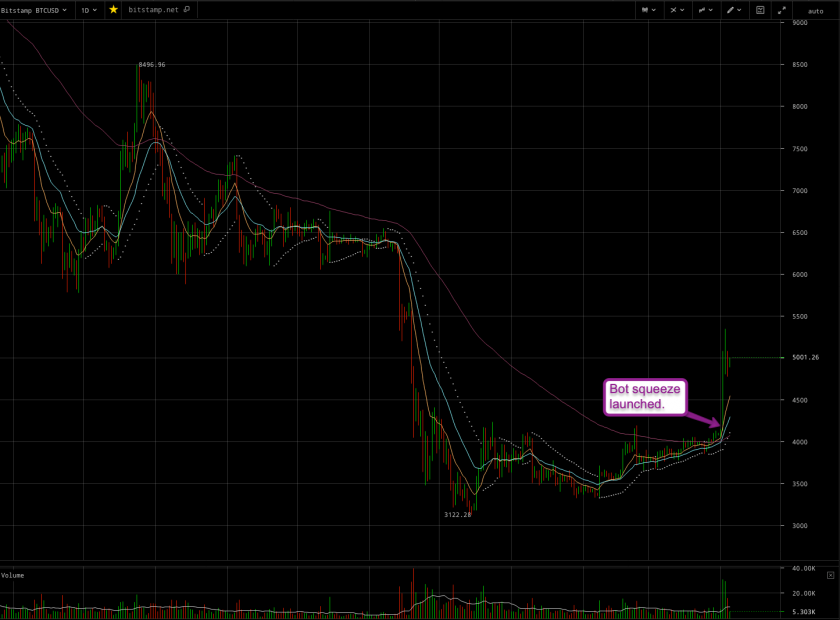 So what happened with BTC is that some whales had gotten together and decided to launch an organized short squeeze at the exact same time. Low liquidity market meet large (non-institutional grass roots vegan hipster) participant – a match made in crypto hell. Hey at least it wasn’t evil Wall Street (for all we know) so it’s all good, I guess.

This of course triggered a chain reaction which blew up a ton of short positions held by small participants in over leveraged shitcoin exchanges like Bitmex. Once the smoke cleared billions of positions had been liquidated and the resulting shock wave made its way into more established exchanges like Coinbase or Bitstamp.

And clearly this is not the first time stuff like this happens. Over the past two years crypto currencies have been alternating between explosive volatility and coma inducing boredom. So when I think of the crypto market as a whole the image that keeps popping into my mind is that of Sid Vicious of the Sex Pistols.

For you youngsters who have never heard of him (or good music for that matter) here’s a quick history lesson. Sid was a drug addicted STD riddled foul mouthed son of a bitch who lived to the ripe age of 21 but during his short stint on planet earth played a large part in advancing punk movement from a small British niche phenomenon to a global movement.

To young impressionable kids like me who came to age up during the 1970s Sid and the rest of his crew were Gods and anyone who was cool was listening to the Sex Pistols (if you look carefully you can see a young Mole bouncing around down in the mosh pit).

Sid’s early demise and the fashion of how he died obviously fueled our collective fascination, and if that doesn’t make sense to you then all I can offer is that those were different times and I guess you just had to be there.

The most salient characteristic about Sid was that he was absolutely unpredictable, violent, unapologetic, created a smoking train wreck wherever he showed up, and absolutely did WTF he wanted when he wanted it. And that in turn brings me back to crypto which over the past two years has exhibited about the same level of maturity as Sid and his motley crew.

It’s like this. Good old uncle Bob just died and since he hated you the least he decided to leave you with $5M to do with as you please. After blowing the first few hundred thousand on scantily clad ‘performers’ in Vegas you decide to sober up and invest what’s left of your inheritance more responsibly. You know two people who claim to know what they are doing: 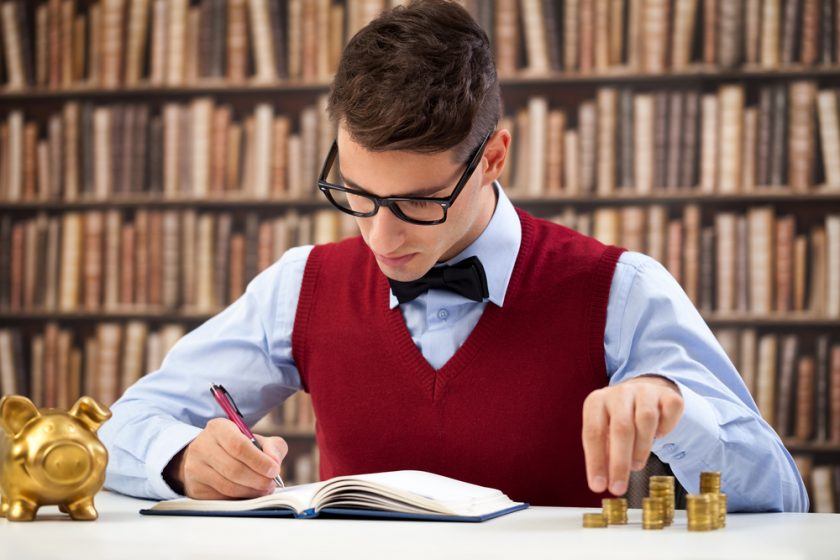 This is the first guy. He goes your through financial statements, sighs and shakes his head a lot, taps away on his computer, asks a bunch of questions you are unable to answer, and then proposes to invest it all into a basket of low risk funds offering a low risk annual payoff that lets you enjoy life with solid monthly income into old age. 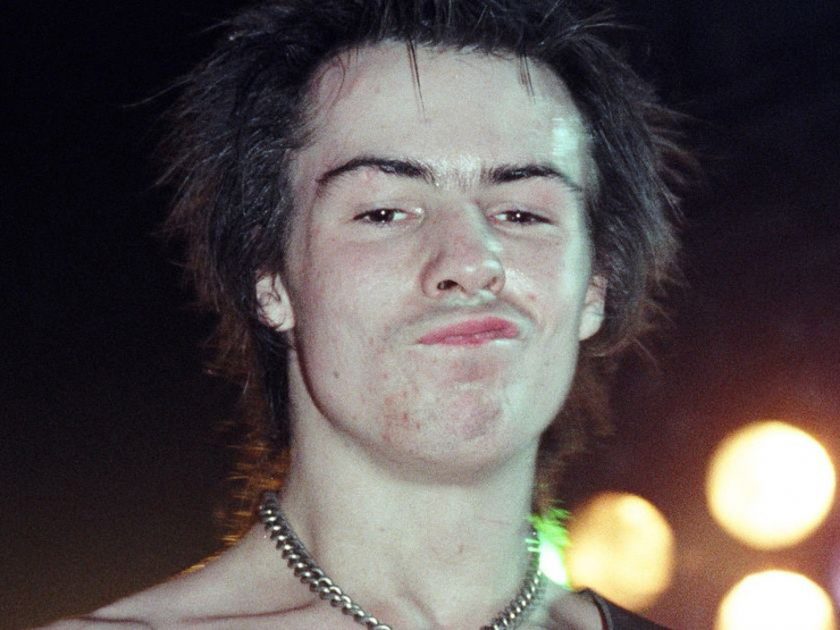 This is the other guy. He doesn’t ask any questions, sniffs a lot, looks over his shoulder a few times, and then tells you that he’s a got a ‘shu-in’ that’ll double your money in two weeks – guaranteed.

I guess you get my point. Sid Vicious to me is analogous to the crypto market in its current state. Immature, experimental, unpredictable, angry at the establishment, and driven by a strong motivation to stick it to ‘the man’. Yes the music is bloody awesome and he knows how to party, but unless he checks into detox and gets cleaned up the story will always end in the same fashion. A lot of blood and tears and the only ones coming out on top are the producer and the suits at the record company.

Now I’m the first to admit that I was initially fascinated about the idea of crypto and thus was actively working towards integrating it into my daily trading regime. But once it started going exponential in late 2017 I quickly realized that crypto simply wasn’t ready yet to be taken seriously, at least from a trading perspective.

On a long term basis I maintain that crypto currencies are here to stay, in one form or the other. But whether they will retain any semblance of their initial vision spearheaded by Satoshi Nakamoto is highly questionable. 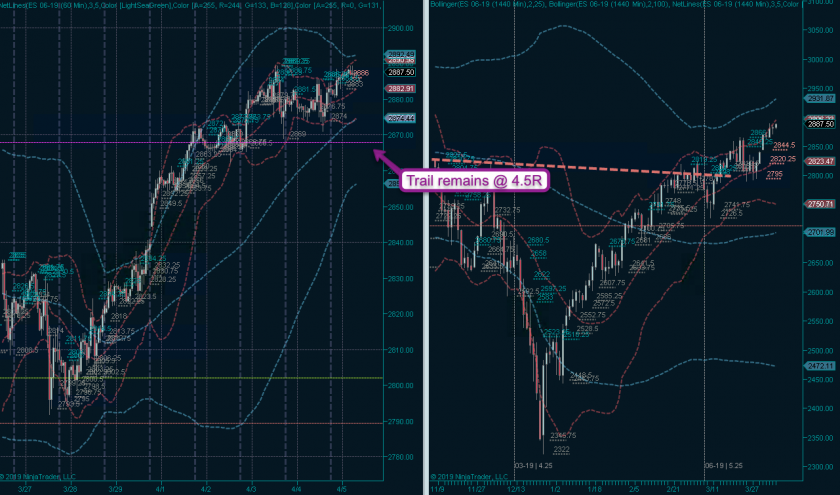 Okay, back to the future. Equities show no signs of weakening and given what I am seeing in the E-minis we may be heading into all time high territory by next week. In anticipation of the weekend my trail remains at the 4.5R mark unless we see a very big advance higher today in which case I may tighten things down a bit more. 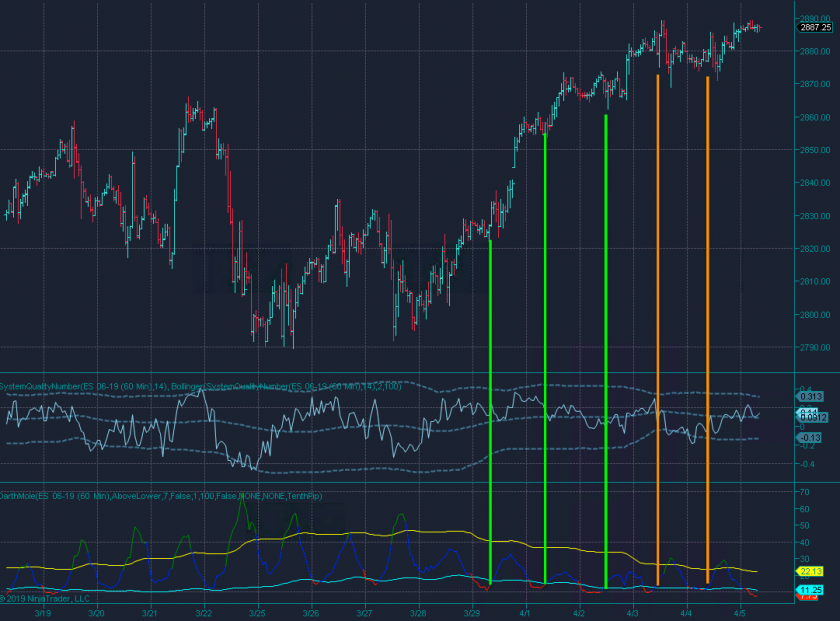 I should point out however that the prospect of a correction is somewhat gaining traction. My realized vol chart is signaling orange at the current time as the previous two LV cycles have not produced any substantial price increases. However as it’s very difficult to time this the only choice I have is to keep trailing as best I can.