Draghi Goes Out With A Bang 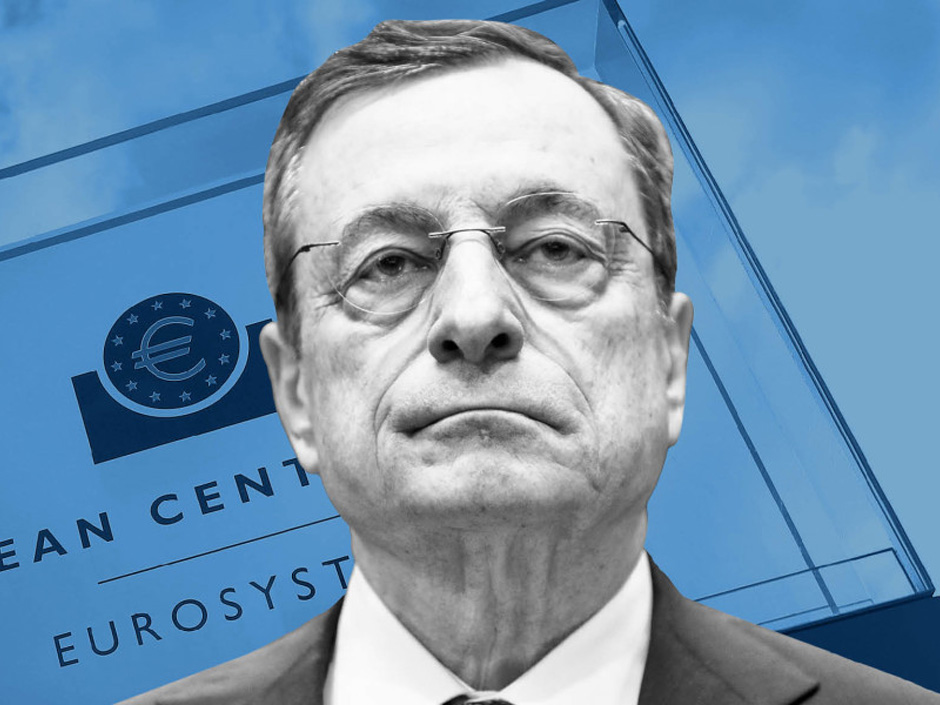 True to form Draghi decided to go out with a big bang. More QE, more asset purchases, more whatever it took to secure his final legacy of kicking the can down the road and having burdened Europe’s citizens with trillions of Euros in debt never to be repaid.

Thus further hollowing out the middle class and assuring increased polarization between the haves and have-nots. Job well done and we can assured a plethora of lucrative board seats await.

The Germans apparently were livid as to the prospect of rekindling Quantiative Easing and negative interest rates just 9 months after having taken steps toward normalization early this year.

And so by the way were the Dutch and French governors which in the end resulted in a purported public relations snafu that is widely interpreted as a veritable revolt within the ECB.

Now I’m not going to waste your time debating European central bank policy, as that would be moot and counter productive to our collective purpose, which of course is to stay ahead of the tape at all times and most importantly not get lured into traps. 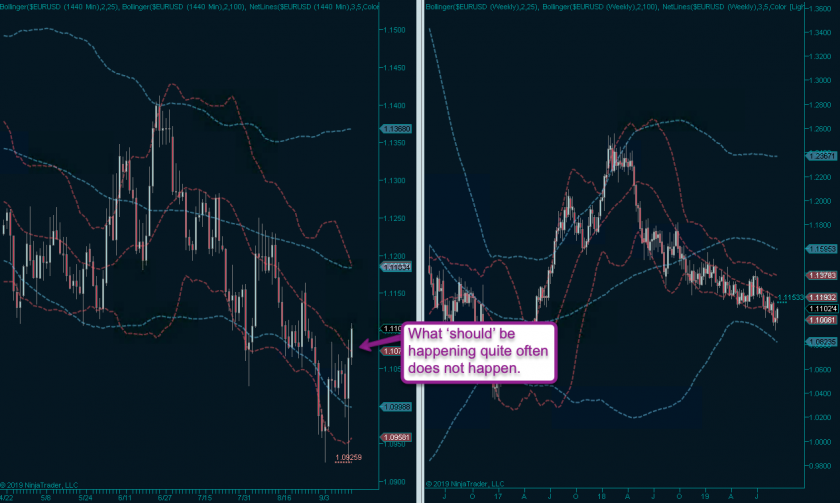 Instead what I would impart on my intrepid readers the fact that any common rationale which may have held true and would have represented a solid edge in past and more innocent times these days may in fact get you bitch slapped and dropped to the curb like an ugly step child.

Sell The Rumor Buy The News

By all definitions the European Union is a sinking ship. Over the past three years BREXIT has turned into a Greek tragedy the likes of Sophocles would surely envy, Germany – the self proclaimed engine of the Eurozone –  is turning off its lights and industry whilst heading into a recession.

Spain, Greece, Italy – let’s not even go there. And although it’s not widely reported in the MSM the French Yellow Vest movement shows no signs of waning and is approaching a year of violent demonstrations.

The situation in the U.S., despite the onset of the 2020 election season, by comparison seems rather tranquil. And whether you love or hate President Trump one must admit that his economic policies are in fact making a difference. Even a full blown trade war with China wasn’t able to break the camel’s back – at least for now.

Given all the above being short the Euro would have made sense after Draghi’s goodbye speech and the Q&A that followed. What happened instead of course was the exact opposite – the EUR jumped against the Dollar and has continued higher today.

In the end the old adage always rings true: Sell The Rumor, Buy The News. 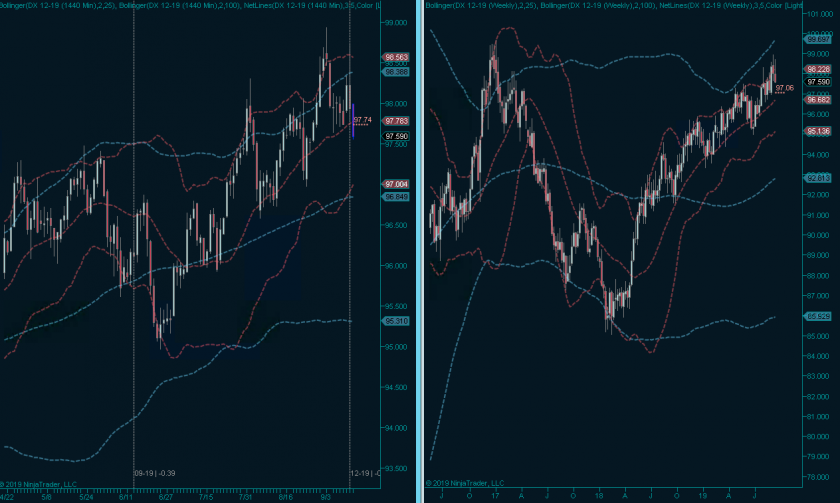 The Dollar has been taking a hit over the past two weeks and I probably won’t touch it until the roll-over on the DX futures has fully played out. For now I’m eying a possible drop to the 97 mark where a long position after a retest may prove fruitful. 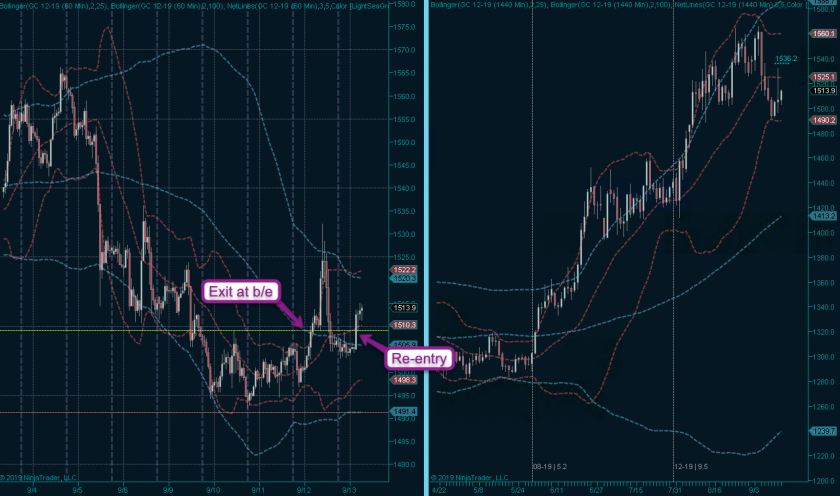 My gold campaign got stopped out at break/even during yesterday’s whipsaw but I decided to re-enter again today as gold reverted and touched my original entry range.

More market analysis below the fold: