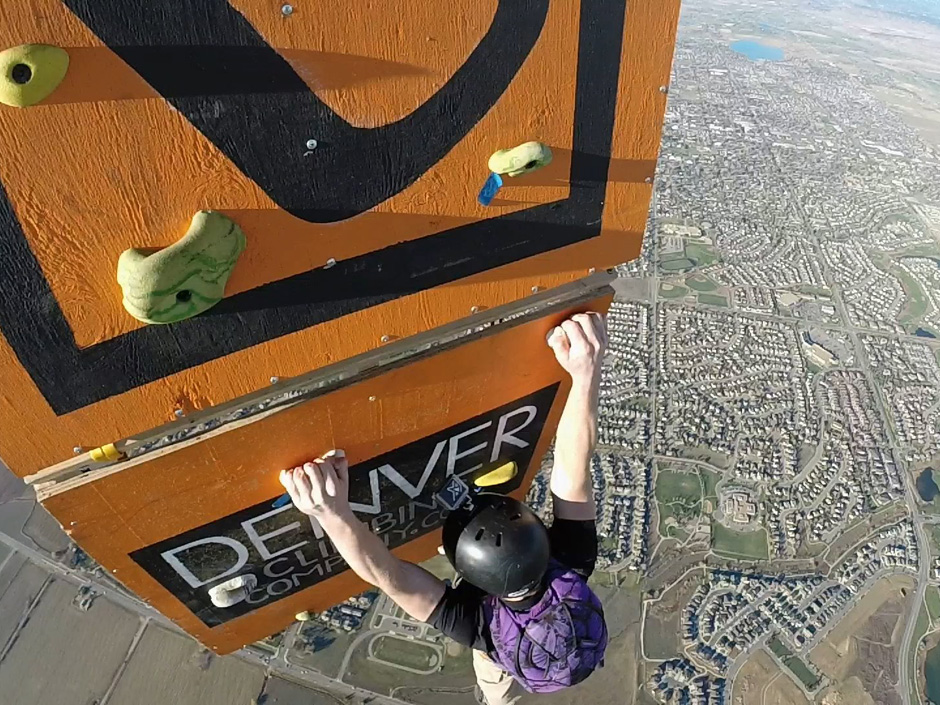 We are halfway through my least favorite season of the year, which of course is summer. For one I hate excessive heat, herds of annoying tourists are practically everywhere you venture, the days are starting to get shorter already, and of course the tape is a pain in the ass. Nevertheless equities seem to have managed to actually turn somewhat directional over the past two weeks. 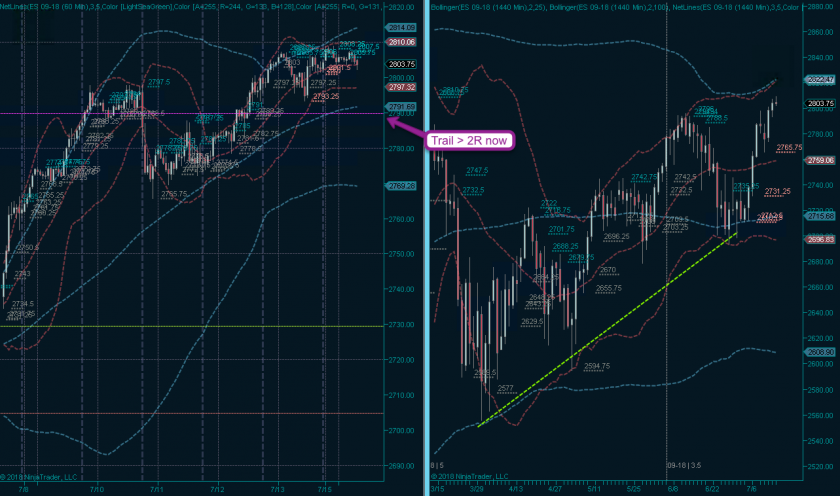 My E-Mini campaign has reached the 3R mark and I’m now trailing at about 2.25R. Velocity unfortunately however seems to be slowing and we are now pushing into territory that suggests at least a token correction. 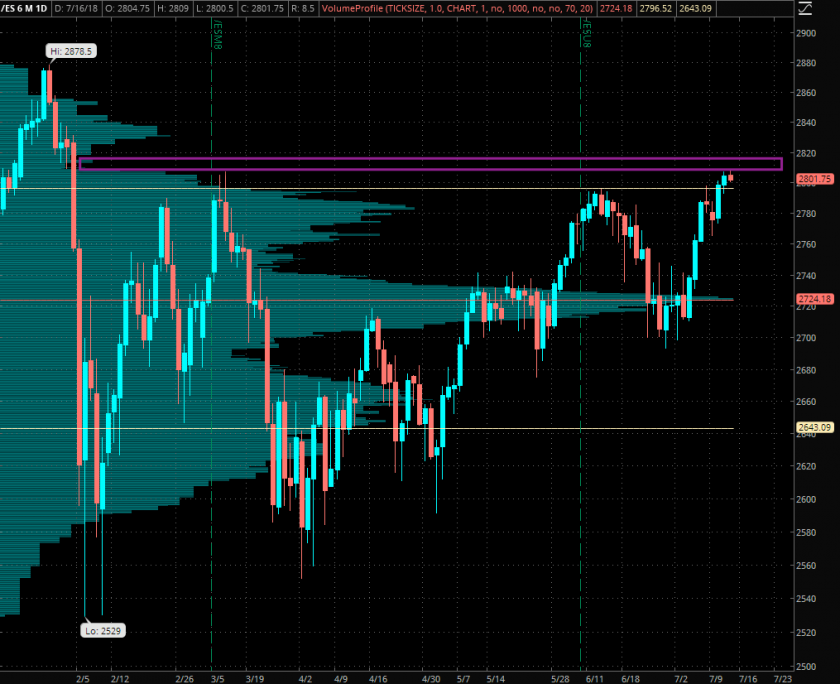 See how there’s a small volume hole right above ES 2800? We’ve failed this range twice already and a decisive jump higher from here is needed in order to put 2800 behind us once and for all.

UVOL vs. DVOL continues to look mixed, and we are not seeing a decisive stretch of positive sentiment here. Not surprising as it’s the least busy trading period of the year. 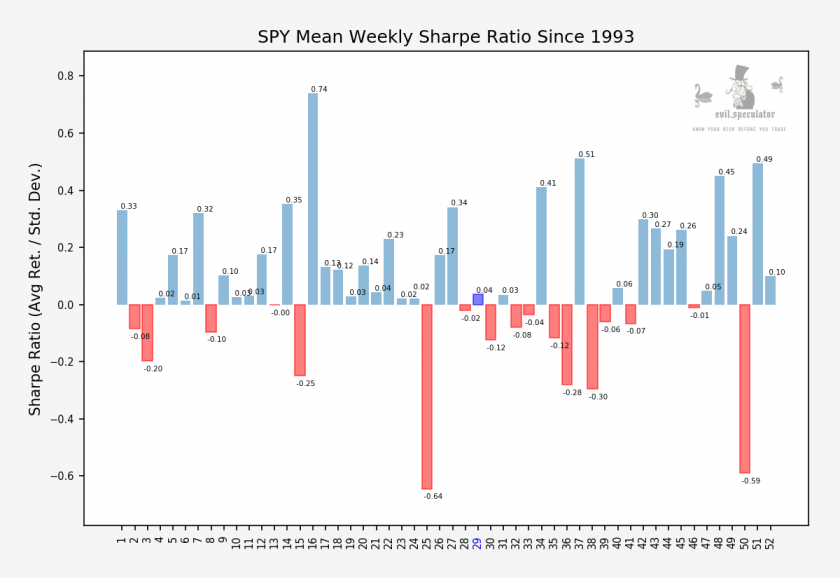 Bitching obviously doesn’t really accomplish much as it’s traditionally a ‘do nothin’ period of the year. I’m actually thinking of taking a week off in order to continue work on my second video series slated later for this year (the first has been completed). I could just repost the same charts in my absence and I’m pretty sure few would actually notice 😉 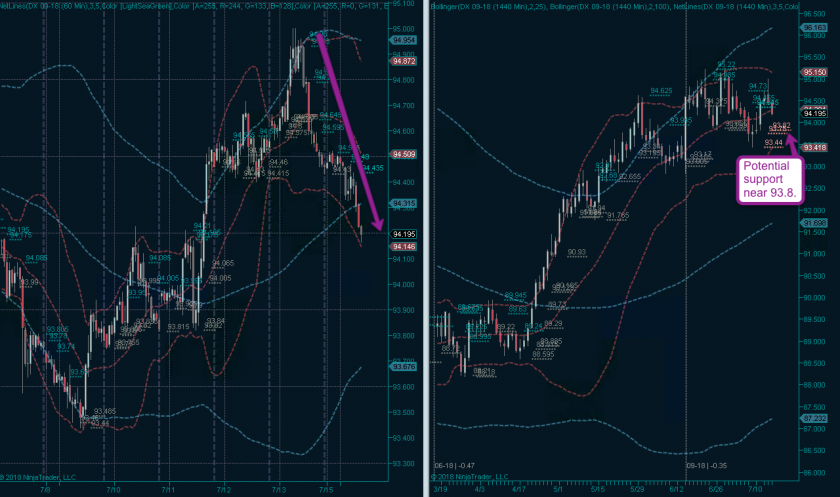 The dollar is also softening now and the next possible support line I see is near 93.8 where’ve got a cluster of daily Net-Line levels. 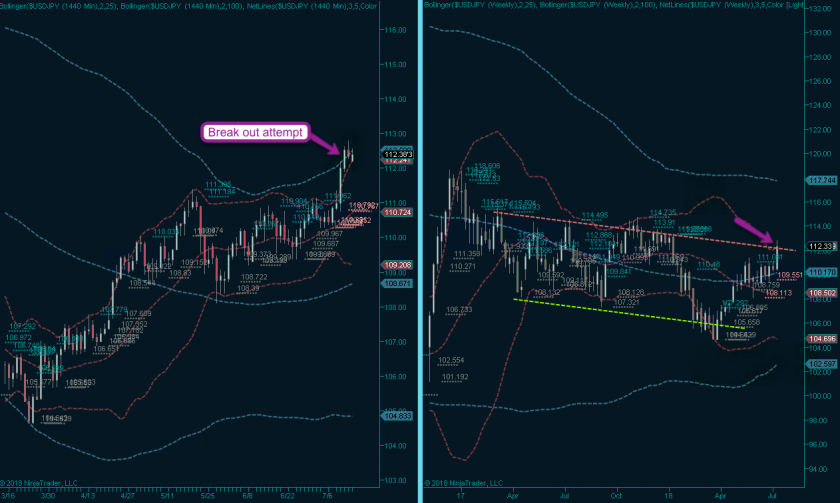 Which is once again exerting gravity on the USD/JPY just when it matters the most. As it has reached the upper range of a well established sideways channel on the daily it’s quite possible that a retest of the now rising 100-week SMA is possible.

All that may give the futures a bit of a breather, so let’s talk about that: