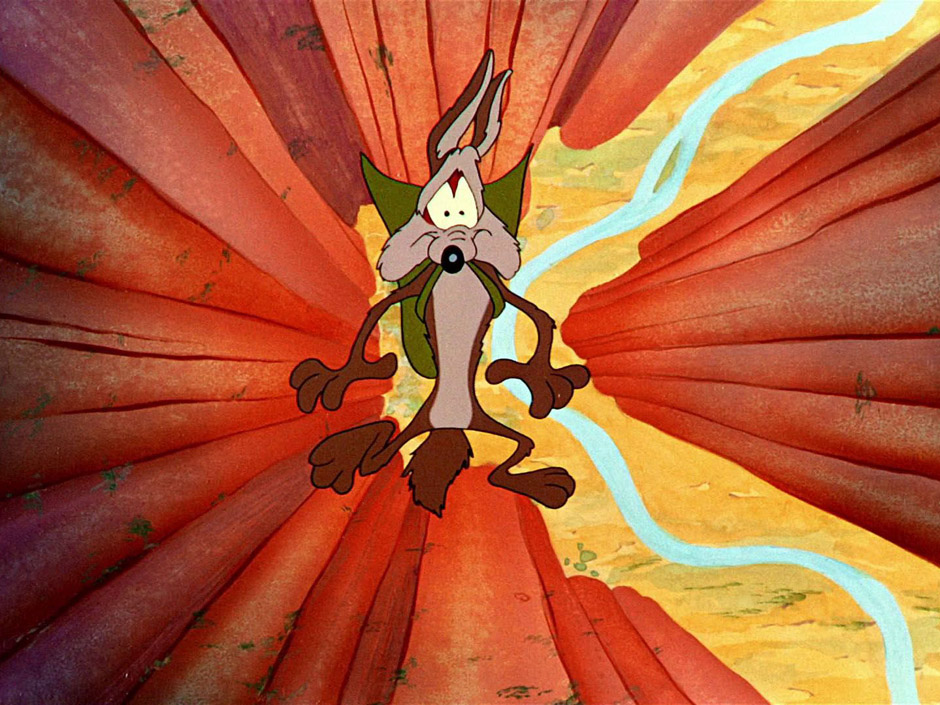 Social media giants have been channeling their inner Wile E. Coyote over the past few days for rather obvious reasons you are most likely aware of but which clearly fall outside the context of what we do and worry about here at Evil Speculator. Again, there is a myriad of places that relish in that kind of discourse and if you feel like yelling at and insulting people you’ve never met on the Internet you’ll be much better off over there. So let’s put our respective political ideologies on ice for a moment and simply look at what’s going on from a purely strategic perspective. Or in other words – how we can we take advantage? 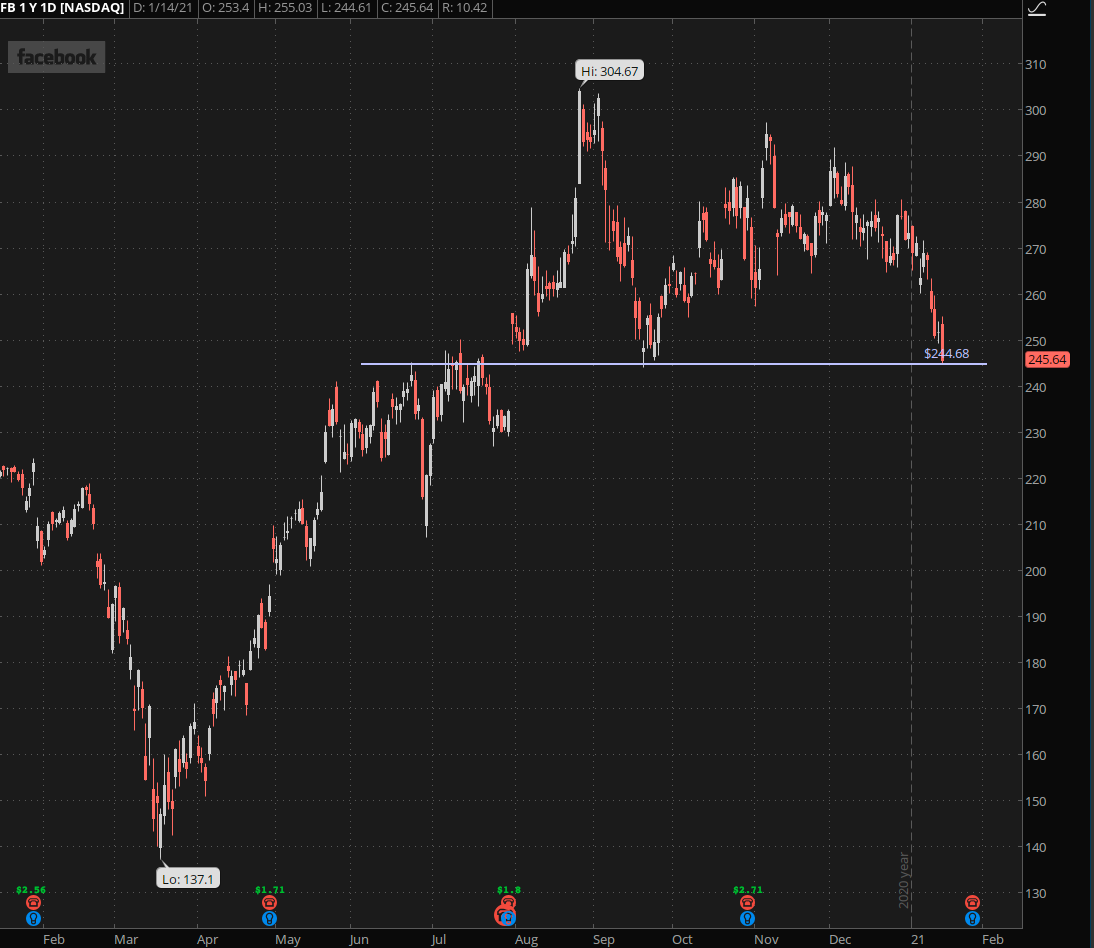 Facebook seems to have an Acme anvil tied to its ankle right now and the current formation does not invoke a lot of optimism. Earnings are coming up in a week or so, and that in addition to the current political drama may drag it toward the 220 mark or lower. Assuming it breaches through the 245 mark which appears to be a major inflection point.

I don’t think jumping in the mix right here is the right time or place. Rather I would wait for a breach and a retest – if we are lucky enough to get one. Alternatively a drop below and close right ABOVE looks like a great buy signal. But it would have to come soon ahead of earnings.

Speaking of which volatility is completely off the hook here and I plan on taking advantage of the anticipated vega squeeze via our tried and true earnings playbook:

I was attempting to post a few examples here but TOS kept freezing up on me and with only a few minutes remaining until the open I had to give up after 5 attempts. So apologies for not offering actual hands-on setups. However for inspiration please look at last October’s pertinent post which features several detailed examples. 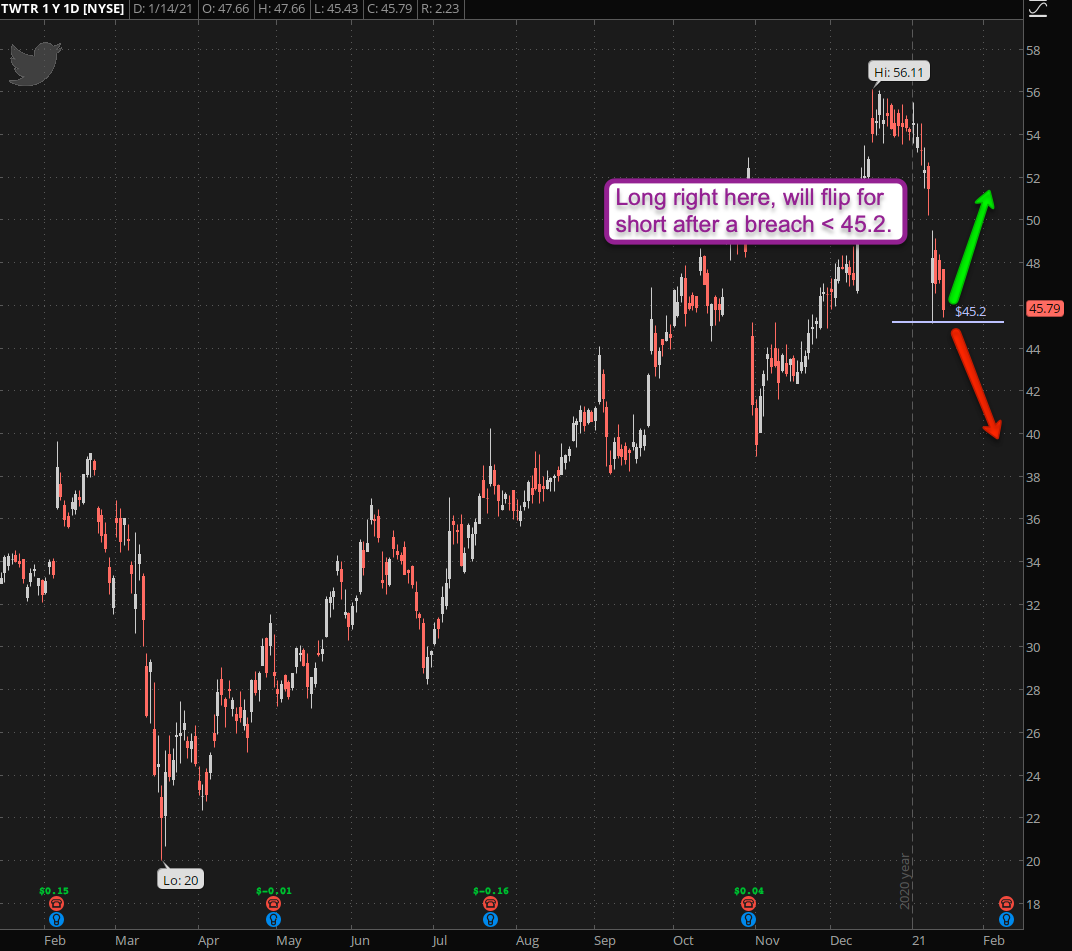 Similar situation in TWTR of course and earnings are about three weeks out so it’s a wee bit early to play IV on this one. Instead I am simply grabbing a vertical ATM long spread and if it dumps below the recent spike low I will place an OTM short spread in anticipation of a larger tumble. I may even take out my special version of call ratio backspread which would benefit immensely from a big move down.

More tech goodies waiting below the fold for my intrepid subs:

Monday is MLK day and my next post will be on Wednesday January 20th – inauguration day! That one ought to be interesting, politically speaking of course but also in regards to the financial markets.

Happy trading but keep it frosty.