It’s been a while since we’ve covered equities exclusively and as the month is coming to an end this is as good an opportunity to catch up. As you all know I have been dangling the ‘late stage bull market’ carrot for a few weeks now and quite frankly I don’t see any reason to change that outlook. I have been very adamant about expecting a final exhaustion spike higher and believe that is already in the works. Now before you start piling into puts be aware that we may be weeks, perhaps even months away from a downside event. So hold your horses and for now just enjoy the charts in preparation for where we heading most likely later this year. Enough weasel talk and disclaimers? Great – let’s get to the charts. 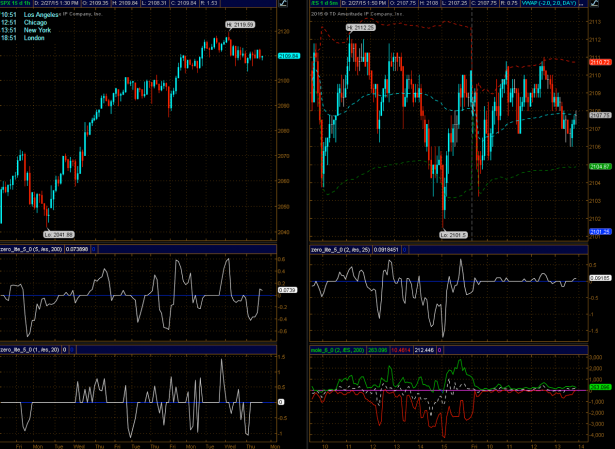 Actually it was the Zero chart that reminded me that a LT update may be in order. Over the past few sessions some of my subs and myself have been noticing strange signal patterns suggesting distribution. It’s very much possible but quite frankly I don’t see anything on the momo side that would suggest urgency. In short – nobody can predict when things will take a turn but we are a bit early in the game here still. So let’s review the evidence: 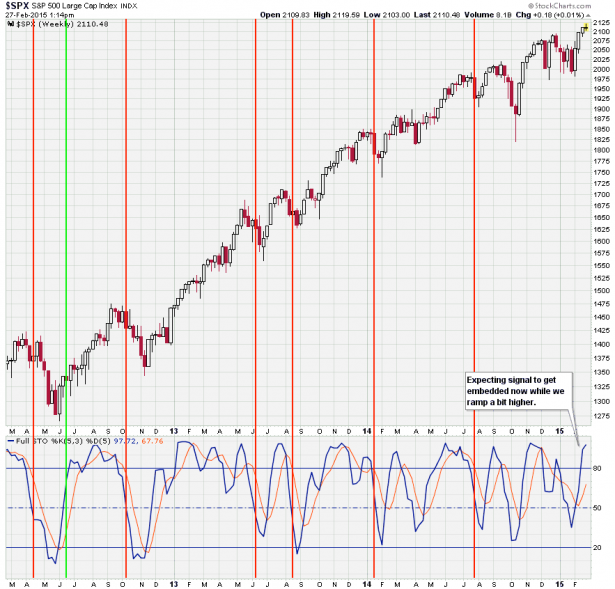 First the long term SPX with my trusted weekly stochastic. I almost never use this indicator – except on the weekly chart where it actually works pretty well! Right now we’re scraping 100 but in this bull market this means nothing. Most likely we’ll see an embedded signal (above the 80 mark) for a while before we head lower here. So no reason to be in a hurry – again we may be weeks or perhaps even months away. 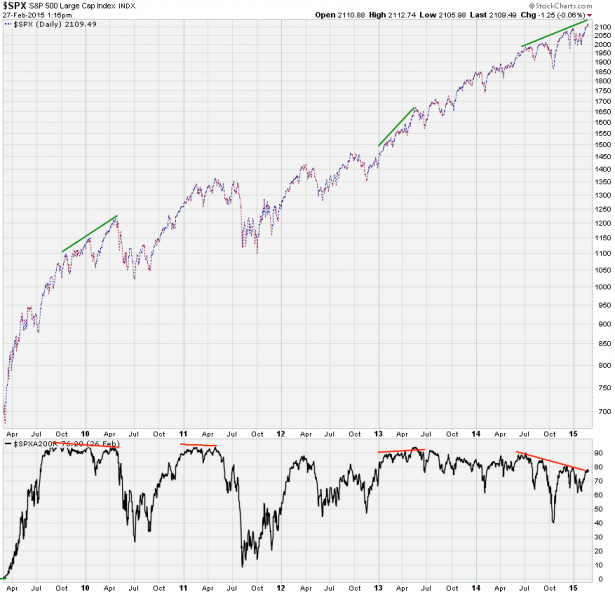 SPX vs SPXA200R – the latter is the percentage of stocks in the SPX trading above their 200-day SMA. Now that one is looking bloody well divergent and eventually there will be a price to pay. But I don’t think that we’re due just yet (watch how the market will drop instantly after Mole’s statement).

This one is courtesy of Chris Carolan over at spiralcalendar.com – one of the few other analysts I follow. Chris graciously permitted me to post this chart which I not only find absolutely compelling but also appears to be in line with what I’m presenting above. See the delay in the response on the S&P? Ponder on this one over the weekend.

Alright – I’m exhausted and am desperate for my Friday treat: 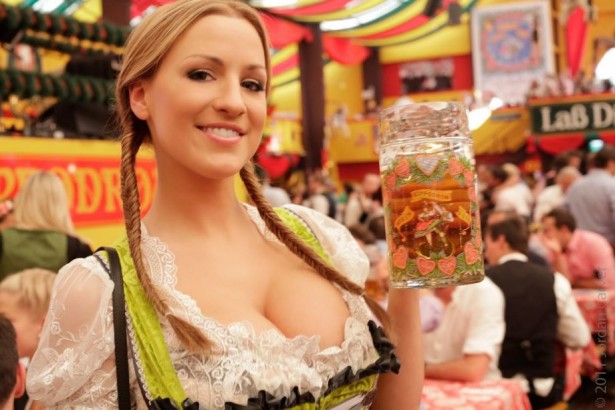 Not her you deviant! I’m talking about the Hefeweizen – which is waiting and that’s my cue. See you guys Monday!