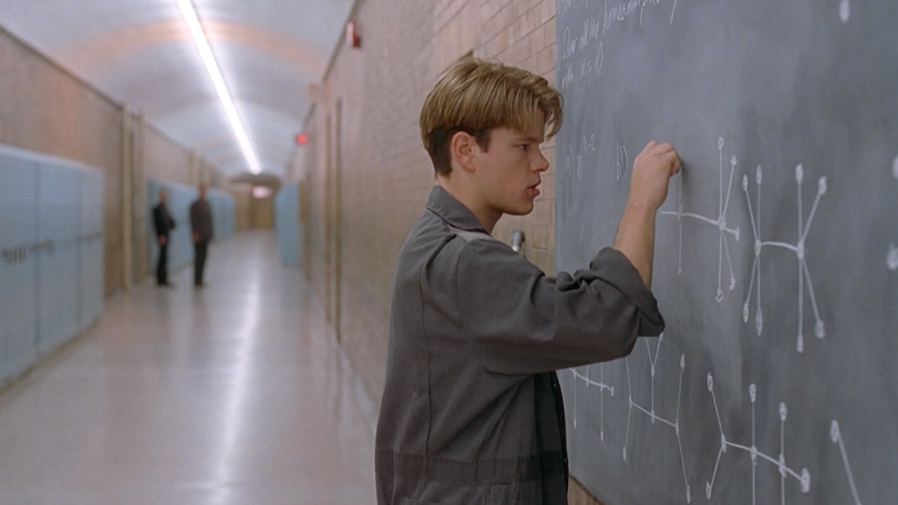 It’s Friday once again and that means it’s time for the fourth installment in our ongoing tutorial series on option theory. We have come a long way in the past few weeks and at this point you should have a basic understanding of what differentiates buying a naked option from a trading strategy like a debit spread, which we covered last time. Today we are going talk about a related strategy which is called a credit spread.

A credit spread is an option strategy where a high premium option is sold and a low premium option is bought on the same underlying security, for example a stock. Why would I want to do such a thing? Simple, because selling (i.e. writing) an option – no matter if it’s a put or a call, invariably exposes you to unlimited risk. And that’s a sure way of ruining your sleeping pattern and general peace of mind. So being the genius that your mother always said you were, you limit your risk via buying an option a few strikes further out. And voilá – you just invented the credit spread!  There are actually two of them – the bear call spread and then there’s the bull put spread.

So you’re thinking that a particular stock is going to go down and want to take instant credit for your cunning plan. Here’s what you do – you sell an ITM call and at the same time buy an OTM call in order to limit your risk.

And not only that, you also are insulating yourself from excessive theta burn or wild volatility swings. Since the strategy involves being short one call and long another with the same expiration, the effects of volatility shifts on the two contracts may offset each other to a large degree. However, bear in mind that the stock price can move in such a way that a volatility change would affect one price more than the other. The passage of time helps the position, though not quite as much as a naked short call would.

A bear call spread generates an up-front credit, which once received represents the most the trader can make on the strategy. If there are to be any claims against it, they must occur by expiration after which the investor is free of any obligations. To retain the maximum profit, the stock price needs to close below the strike price of the lower call at expiration which means that both options expire worthless. 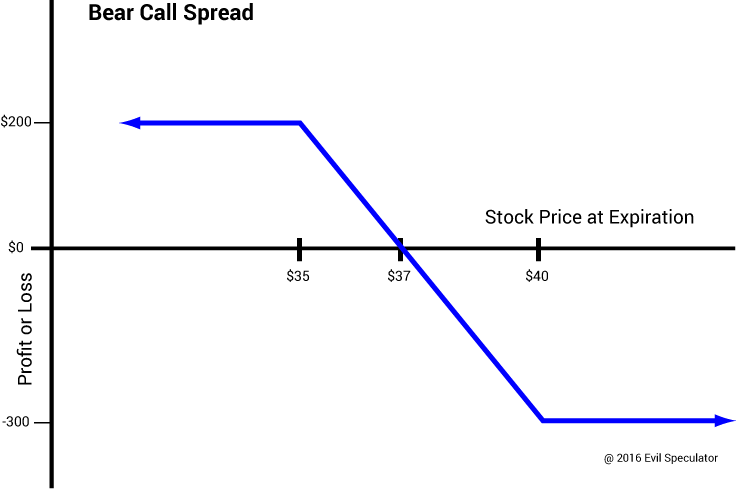 The formula for calculating maximum profit is pretty simple:

Now if you happen to be wrong (I know that never happens) and by pure miracle the stock’s price rises above the strike price of the higher call strike at expiration, then you bear call spread suffers the maximum loss which equals the difference between the two strikes minus the original credit received.

Here is the formula:

The break even spot is roughly near the entry price but does vary based on vega and theta variations. Here’s the exact formula: 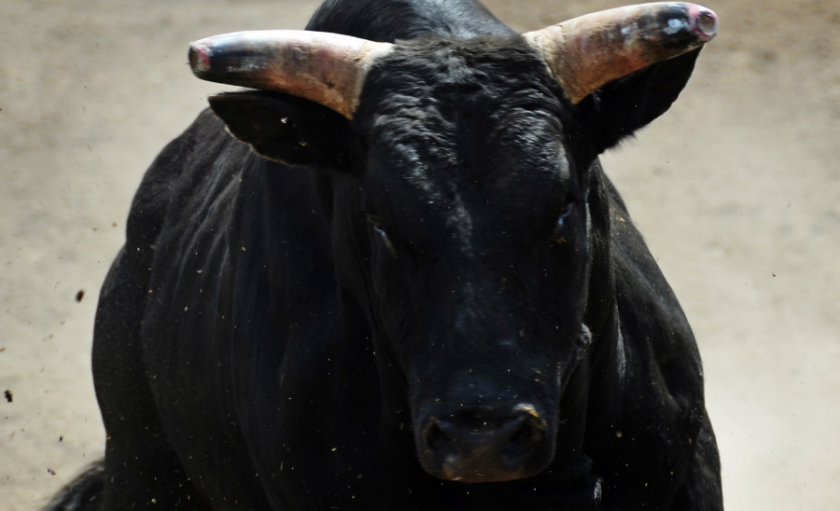 Now as you probably have guessed already the bull put spread represents the exact inverse – a credit spread you’d use if you’re bullish the market or a particular stock. It involves being short a put option and long another put option with the same expiration but at a lower strike. The short put generates your income while the long put’s purpose is to offset assignment risk and protect you in case of a sharp move to the downside.

Like the bear call spread the bull put spread involves being long one put and short another with the same expiration. Which does protect you against vega fluctuations and theta burn, however it does not completely insulate you, in particular on the vega side. A large change in volatility (up or down) may affect one strike more than the other.

A bull put also generates an up-front credit, which once received represents the most the trader can make on the strategy. In order to retain all of your credit the stock needs to close above the higher strike price at expiration date which means that both puts expire worthless.

Once again the formula for calculating maximum profit is pretty simple:

If the price of the underlying drops below the lower strike price at expiration, then the bull put spread incurs its maximum loss, which is equal to the difference between the two strikes minus the net credit received. 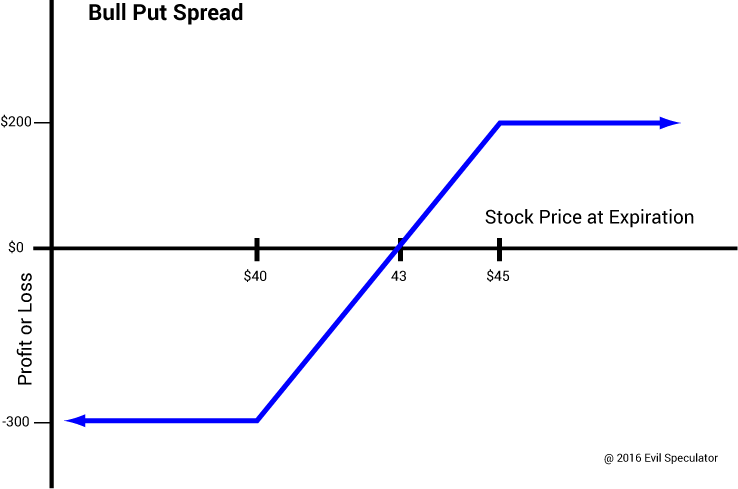 Once again the break even spot will be somewhere near the entry price but does vary based on vega and theta variations. Here’s the exact formula:

Now there are no rules as to which strikes to select for your credit spreads. Choosing the OTM strike to buy depends on how far you believe the market will either rise or drop. The further out the money you place your long option the more profitable will be your credit spread. But let’s not forget that you will have to buy back an inverse debit spread near expiration (i.e. buy back the option you sold and sell the one you bought) and that one may cost you more than the credit your received.