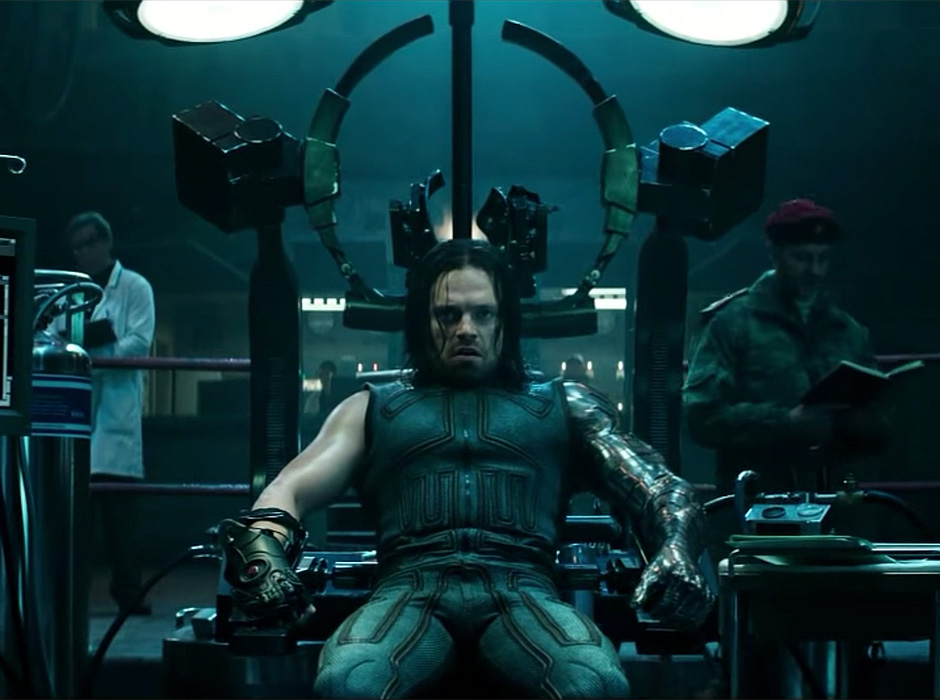 It’s time to talk about Forex as the temporary Dollar rally has effectively ended and is now launching significant advances in various cross pairs. You may recall I have been anticipating this very scenario since Monday after seeing a potential floor pattern on the EUR/USD in particular [1][2]. Unfortunately however the one pertinent horse I had in play appears to be the lame laggard of the bunch, which means I’ll have to find myself a sturdy banana tree later this afternoon. 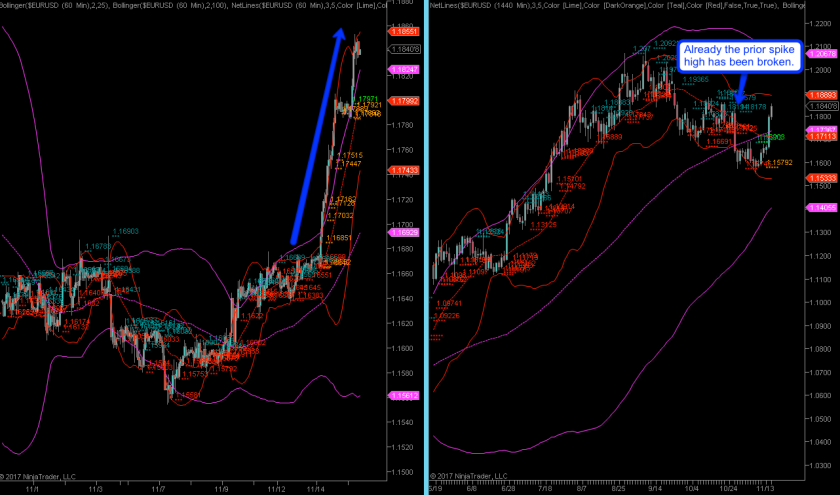 Well at least I timed my Christmas shopping almost perfectly, which per my calculations saved me a few hundred bucks if you add IVA (taxes and import fees are sky high here in Europe). You don’t need to be a seasoned chartist to recognize this as being a massive break out pattern and I’m sure there’ll be a lot more to come, unless Draghi slips up and says something stupid. I hope he does as I’d love to grab a long on a dip lower. 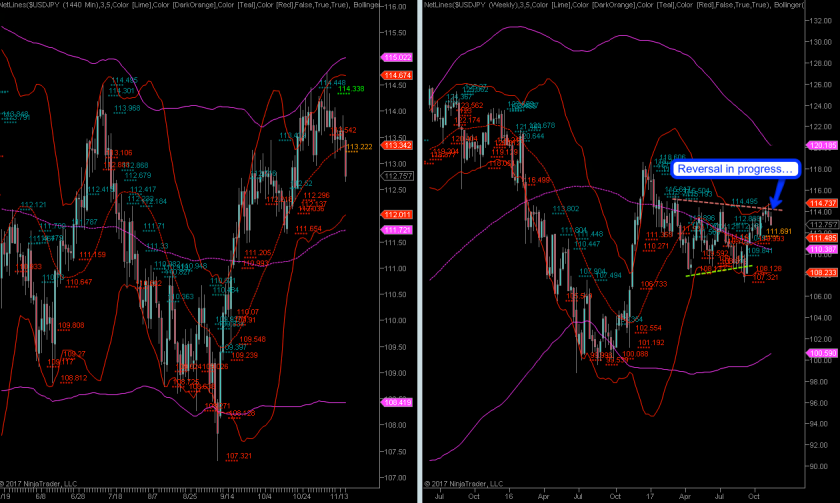 The reaction on the Yen has been a bit more muted but given the current formation on the daily I think we could easily see another visit of the 100-day SMA near 110 and change. I mentioned last week already that this would be an awesome dip buying opportunity which may pop out of the oven just ahead of your Christmas turkey (unless you’re not Christian then go and find your own analogy but try to make it funny). 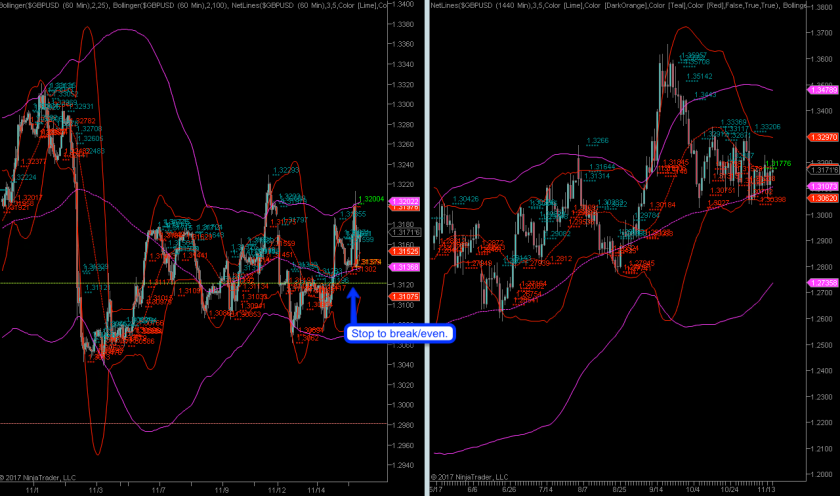 And here’s cable which is enjoying a bit of a lift right now but nothing really to write home about. Given that I don’t think we are going to see a significant rally to the upside anytime soon and thus I decided to call a mulligan and move my stop to break/even while we’ve got the price advantage. 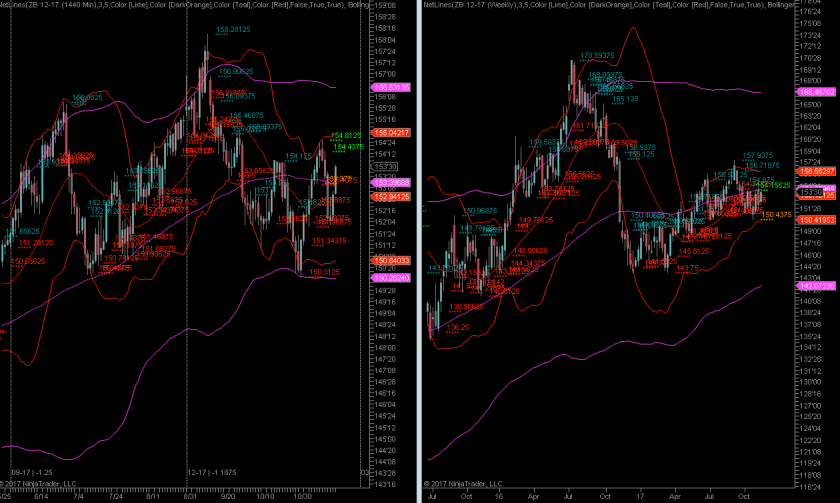 Bonds are also on the move and if the ZB can clear its weekly NLBL near 154 it could actually lead to a little short squeeze. Which is sorely needed for this dog to finally get out of the gate. 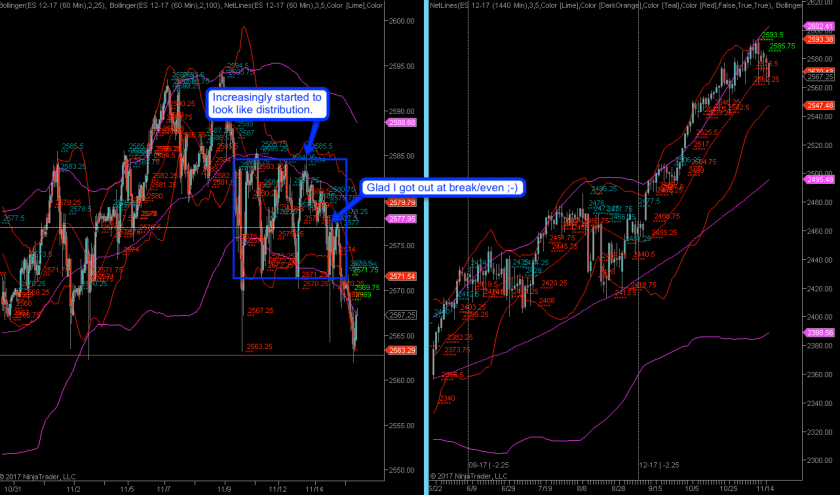 Meanwhile equities are rapidly heading lower and fortunately I had decided to tighten things up on Monday allowing me to exit at break/even. But just look at that preceding formation, which increasingly started to look as if distribution was at play. 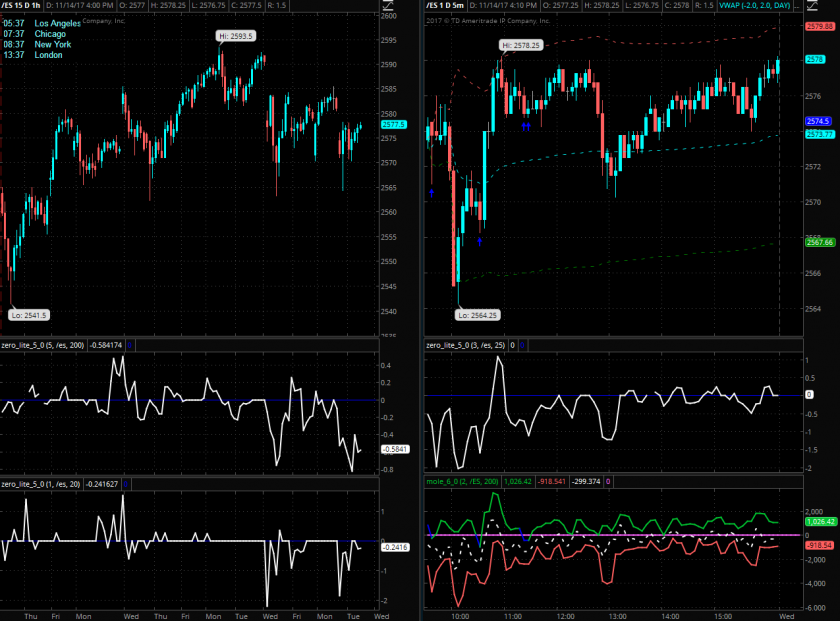 The most obvious hint however was our own Zero indicator which has been pointing down down down for a week now. Especially yesterday I was seeing clear divergences between price (moving up) and momentum/participation (heading down) which looked very suspicious to me. I’m rather curious to see what it’ll do today near the open but my guess is we’re going to see some interesting signals for the remainder of this week.

Remember, trading equity futures without the Zero is like bringing a knife to a ray-gun fight. If you are not yet a subscriber then stop wasting time and sign up right now – you will find more details here. I for one would never trade the E-Mini without it and I’m sure many of its loyal subs would agree.