The Dollar’s Line In The Sand 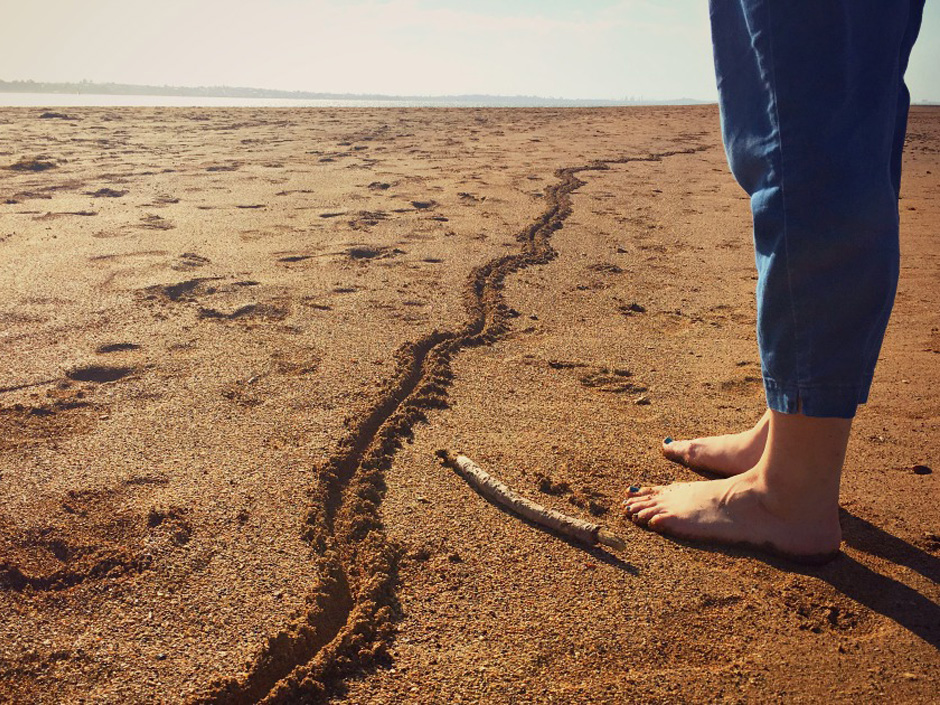 Across my little universe of charts, almost everything lives and dies with the Dollar. The one exception being equities for about the past six months or so, which actually is a bit refreshing after nearly a decade of quantitive easing and zero interest rate policies. I wouldn’t want to call it a healthy and normal market by any measure, but investors appear to once again start taking clues from the economy as opposed to only whether or not the Federal Reserve is going to falter in its ongoing efforts to reduce trillions of Dollars in accumulated treasury holdings. 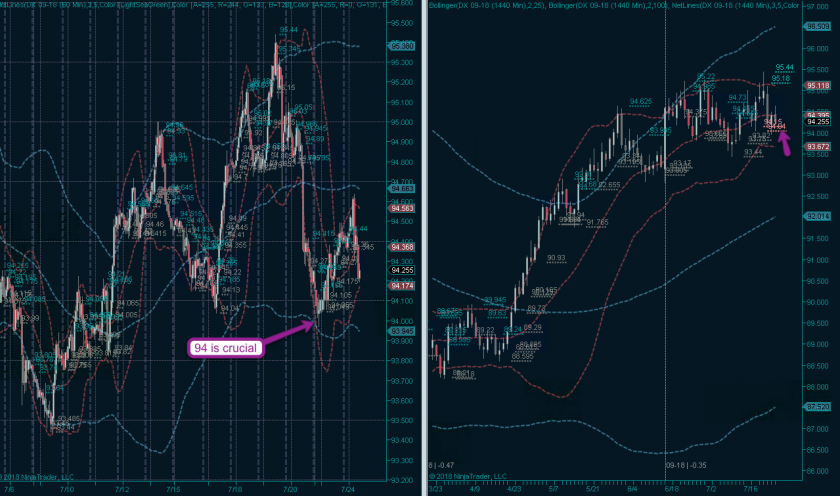 Over the past months the U.S. Dollar has been on a tear, fueled by several factors.

The last one is very interesting in that many pundits may have assumed that trade conflict would be a net negative for the United States. I strongly disagree and even dedicated a whole post to why I believe the U.S. in the end will arise as the big winner. In a nutshell: when it comes to pure unbridled consumption and the velocity of money nobody beats the U.S. – period.

Of course nothing moves in a straight line, especially given the mutual fiat race to the bottom that central bankers have been engaged in. The Dollar chart above shows a clear tug-o-war that began in late April and has prevented the USD from breaching the coveted 95 mark on several occasions. 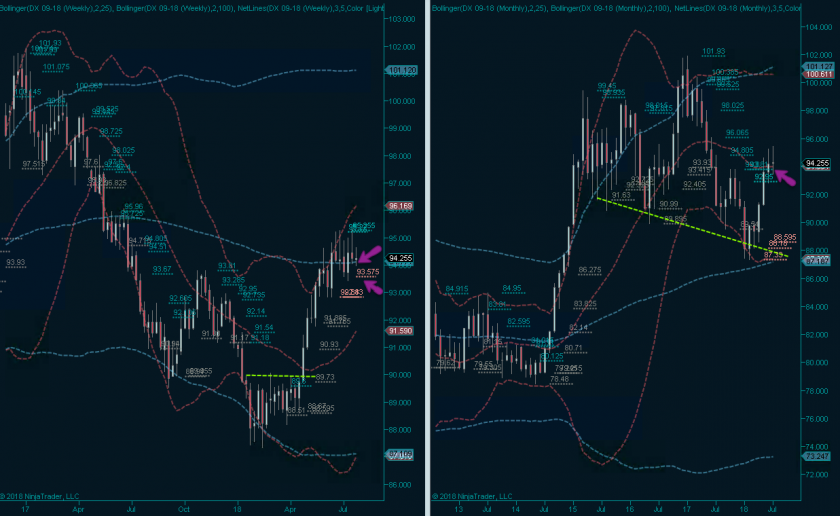 The long term panel puts things into focus very nicely. As you can see the 94 mark is the line in the sand that needs to be held in order to assure continuation higher in the near term future. A drop lower doesn’t mean we’re going to see the DX back at 88, however a retest of the 93 cluster would be a high probability. 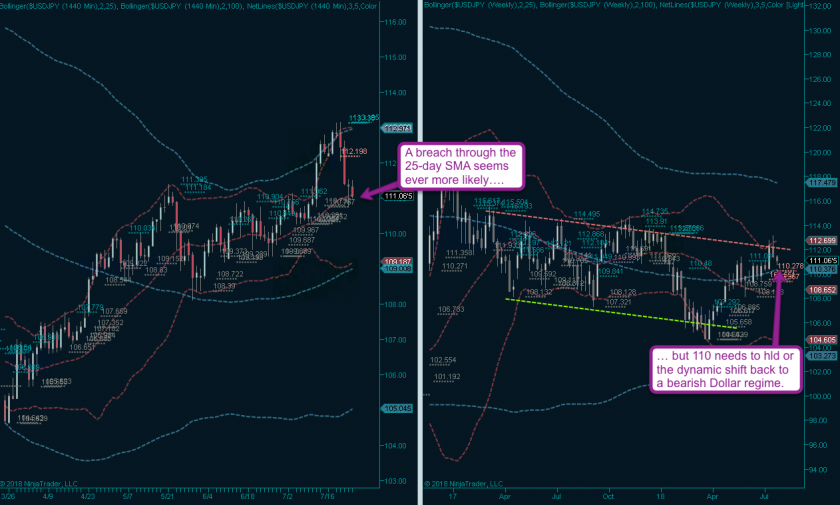 My favorite canary in the coal mine right now is the USD/JPY as it is currently fighting to transition into a break-out market as opposed to remaining trapped inside a sideways channel (weekly panel).

Unfortunately things are not looking so hot and a drop through the 25-day SMA seems likely now. If it happens then 110 needs to hold or we are looking at the possibility of a medium term bearish Dollar regime, possibly extending into fall of this year. 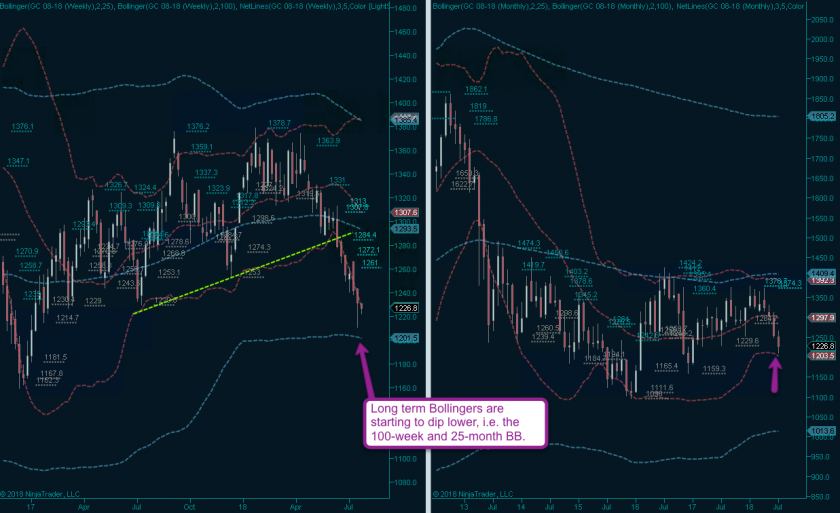 In that context precious metals have been on the forefront of my watch list. For the past six years life has been pretty dismal for the gold bugs and things turned from hopeful to once again dismal in April when gold more began to trend lower. 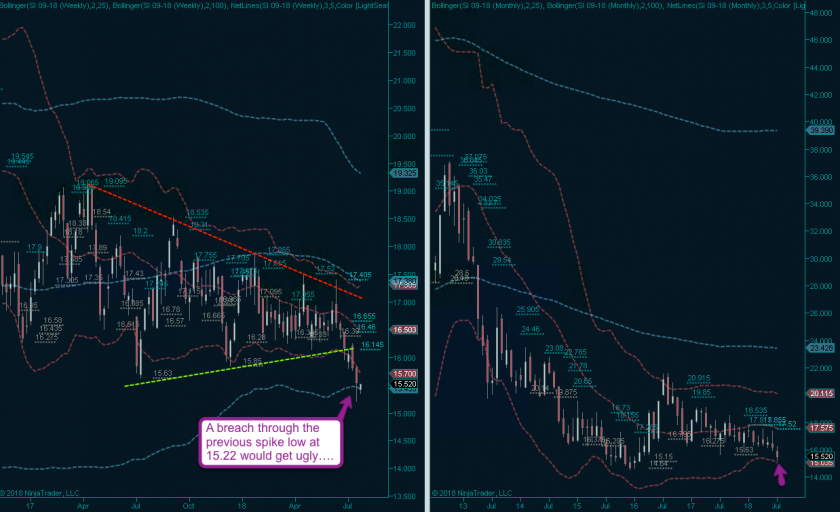 A bit more interesting IMO is silver however. Also a pretty frustrating market but we now have arrived a long term support zones that require yet another line in the sand to be drawn. A drop through 15.22 would most likely get ugly in a jiffy in that we may be looking at scraping the 13 mark by the end of fall.

Of course a weakened Dollar may just give precious metals the boost they need to produce a floor pattern and I’m on the lookout for early lottery tickets on both the Dollar and precious metals front. For now however no joy and it’s best to just watch and wait for a good entry opportunity. 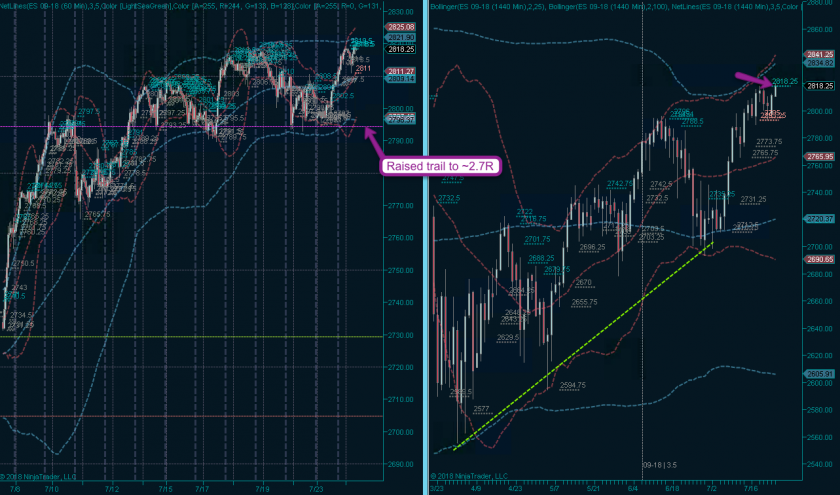 My E-Mini campaign continues to treat me well and I’ve now advanced my trail slightly higher to about 2.75R in profits – MFE is > 3R with good prospects of continuation higher.

Some setups below the fold for my intrepid subs: