Traveling Used To Be Awesome 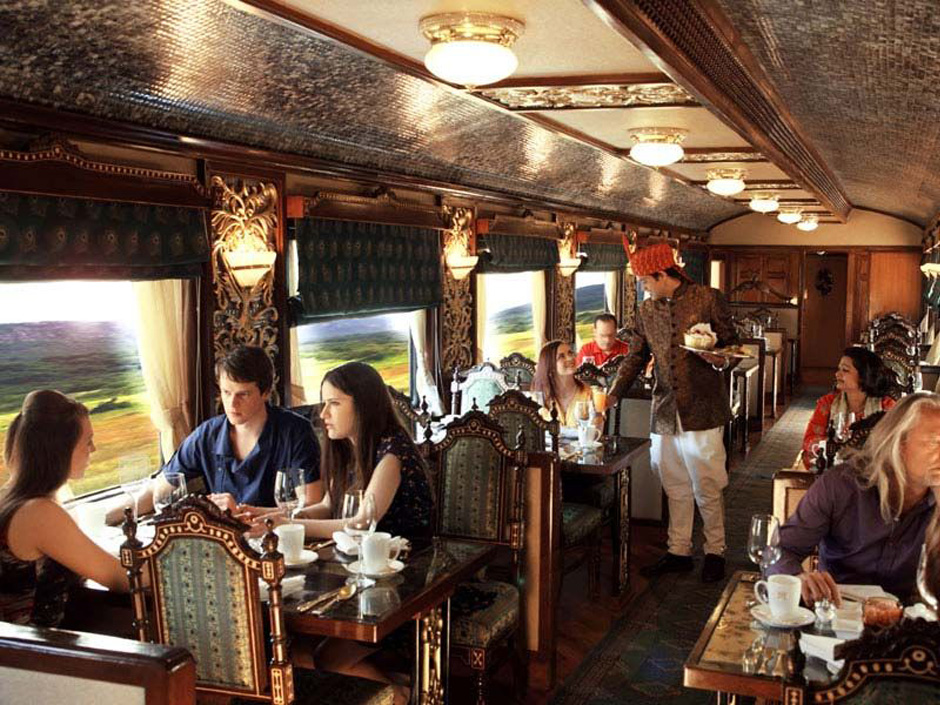 I’m a pretty beat after an exhausting day navigating half the Spanish peninsula yesterday. Quite honestly I used to love to travel back in the days but over the course over the past twenty years the entire affair has turned into a complete train wreck (pun intended). If you’ve ever watched the movie The Orient Express (the 1974 version, not the new one) then you may get an idea of how people with means used to travel all across the world long before all of our glorious technological advances.

Compare that with the humiliating series of impositions we are forced to deal with these days and you may begin to wonder if you were born in the wrong century. Just getting into the train was a procedure, starting with the x-ray screening of your luggage (farewell trusted pocket knife), being scanned by some grumpy looking security personnel, then followed by an travel authorization check by the Guardia Civil as regional travel is still a no-no here in Spain unless absolutely necessary. Achtung – Papiere bitte!!

Once we got into the wagon I was appalled at the stink of disinfectant that had been laden all across, and which was happily being advertised by some educational video that proudly featured some guys in hazmat suits spraying the stuff into every nook and cranny. Instead of making me feel at ease I almost threw up in the bathroom as I quickly started to get nauseous and spent the rest of the trip holding my nose above the air outlet.

No meal, no snacks, no entertainment – in business class (which ain’t cheap). Just two hours of watching the peninsula whip by us at about 300km/hour. Now, admittedly I take antibiotics or the Polio vaccine over a fancy dining wagon any day but there has to be a middle ground me thinks. I’m all about protecting lives but not at the cost of actually living one.

The way it is right now, the only way to travel is via private transportation, be this as simple as your own car, or as fancy as a chartered Learjet. Everything else is slow water torture and should be avoided at all cost. 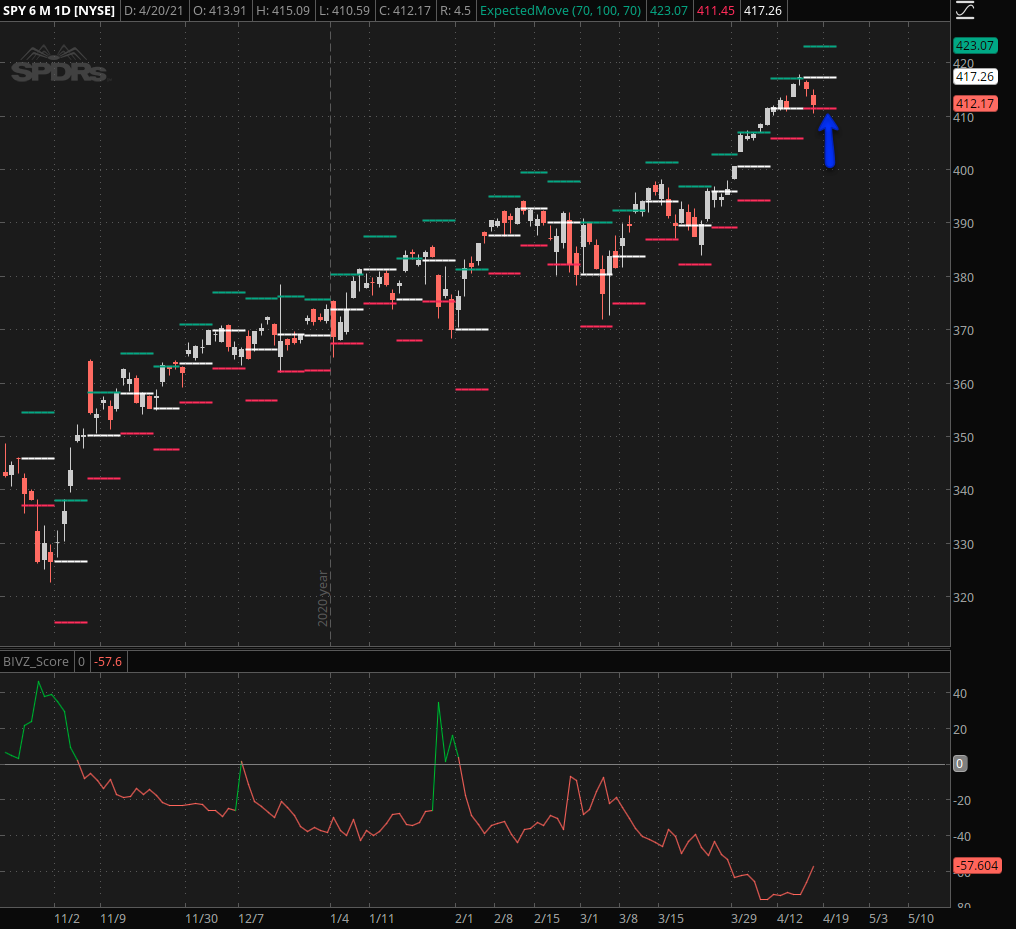 Let’s talk markets. The Mole travel curse seems to continue its old tradition as the S&P was pegged down another notch or two while I was being tormented by Spain’s idea of business class travel.

Within only two sessions the SPY has now dropped all the way to its lower expected move threshold. Which leaves us with three more sessions before the end of the week. 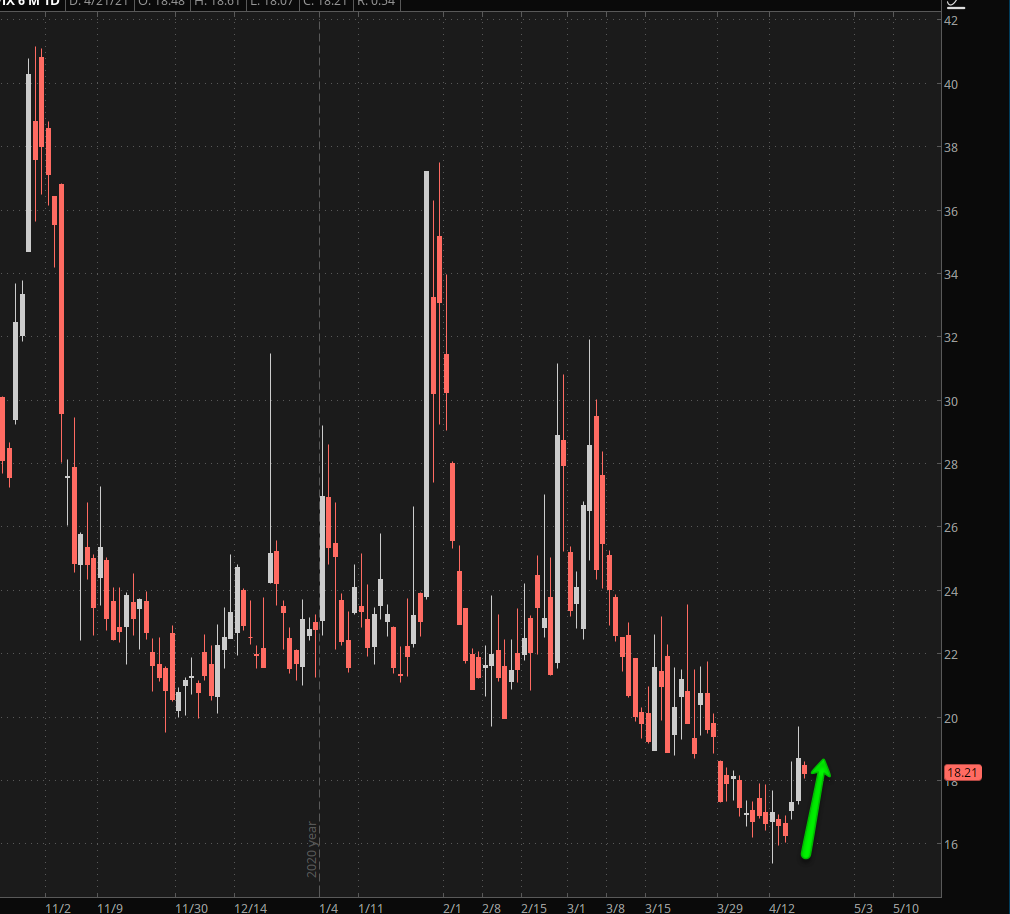 With the VIX still in a reasonable range (albeit not as nice as only a few days ago) this opens up a very interesting trading opportunity. Given where we are I have a hard time believing that we’ll just park here until the closing bell on Friday.

In my mind there are three distinct possibilities:

So what do we do about this? Since this is a short post I’ll make it a freebie today but don’t get used to it!

Since scenario 1) has a low edge in my mind I won’t be selling a calendar spread here. Which only leaves 2) and 3). I would be interested in playing the downside but am already overly delta negative. So for me 3) is a no-go. 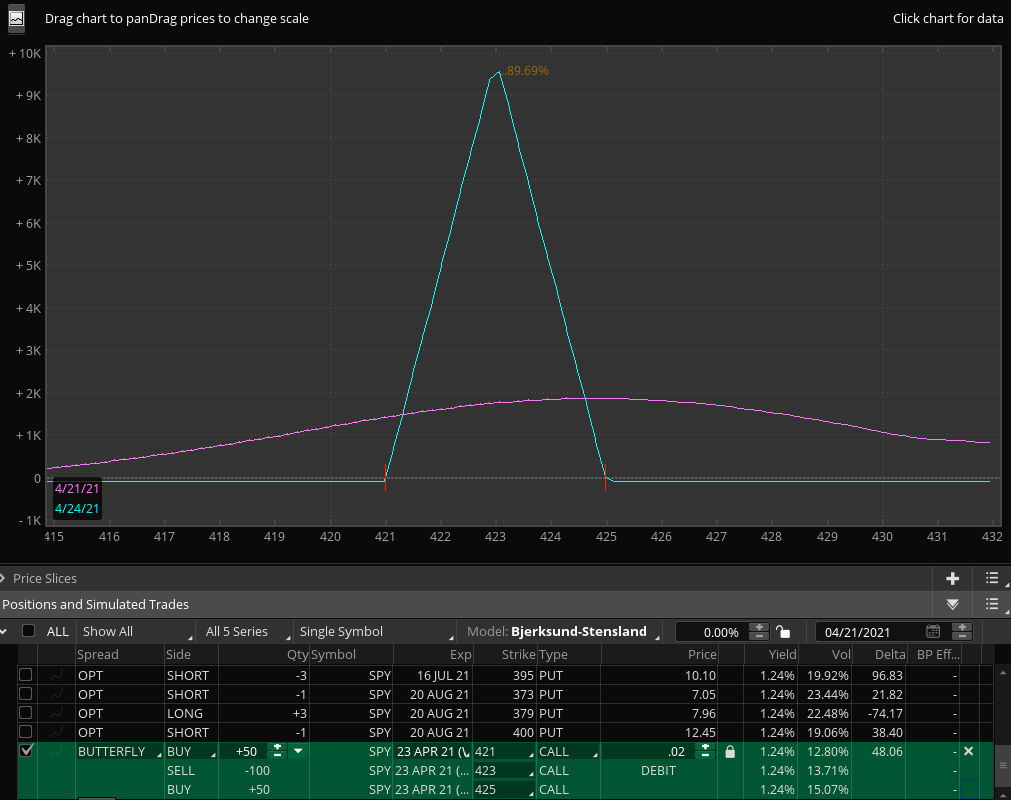 Which only leaves scenario 2 – here’s what I just grabbed at the open:

The way I see it this is the only way to play it right now. As I’m already holding downside exposure a jump back up higher provides me a bit of positive delta plus if it’s going to be a snapback then all those worthless calls may actually be worth selling back on Friday evening.

Remember that the odds of closing near the weekly expected move is statistically very high, and that’s what this particular strategy is entirely based on. With three more sessions to go I have a hard time imagining we’re just going to tread water, so the odds of touching my sweet spot near 423 are probably much better than the cost basis of 0.2 cents I just paid.

It’s an easy play, let’s see if it pans out. By the way if you are interested in learning more about the effective placement of butterflies in the context of weekly expected move look no further than my comprehensive Butterfly Master Class.

Happy trading but keep it frosty.