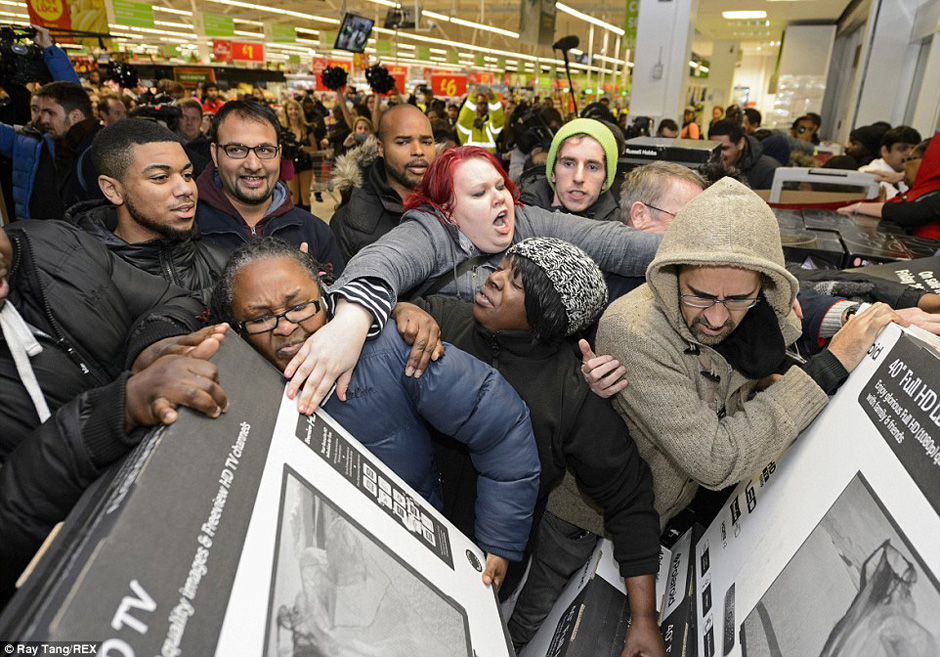 It seems we once more have been spared from nuclear annihilation. Although if  you somehow got clickbaited into any of the MSM shill pieces on North Korea then you’re probably reading this cowered below your bunkbed in your make shift nuclear bunker. I for one couldn’t be less worried, as years of consuming massive amounts of GM wheat beer has effectively rendered me impervious to any type of radiation. I don’t even use a flashlight at night anymore as certain body parts have started to emit an orange glow. 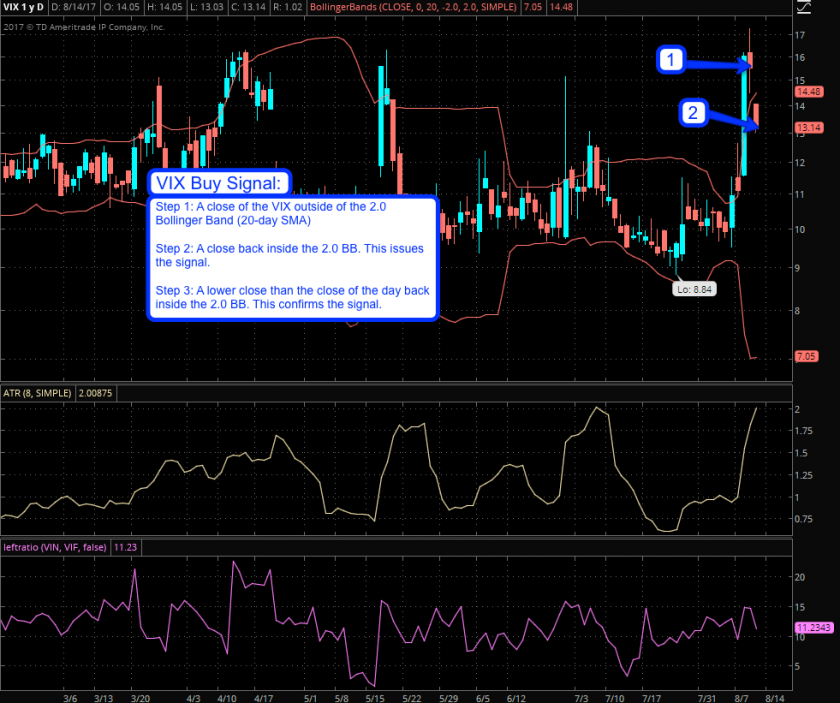 Alright you market mutants, it’s time to pay attention. There is a pretty good chance that we’re going to see a bonafide confirmed VIX Buy Signal at the end of the session today. At this very moment we only have an issued signal and if you remember for a confirmed signal we need three specific events:

Once you get those three events a major reversal usually occurs within the next week, arguable there is already one in the works. Why is it called a VIX Buy Signal? Because the ‘buy’ part refers to equities and not to the VIX. 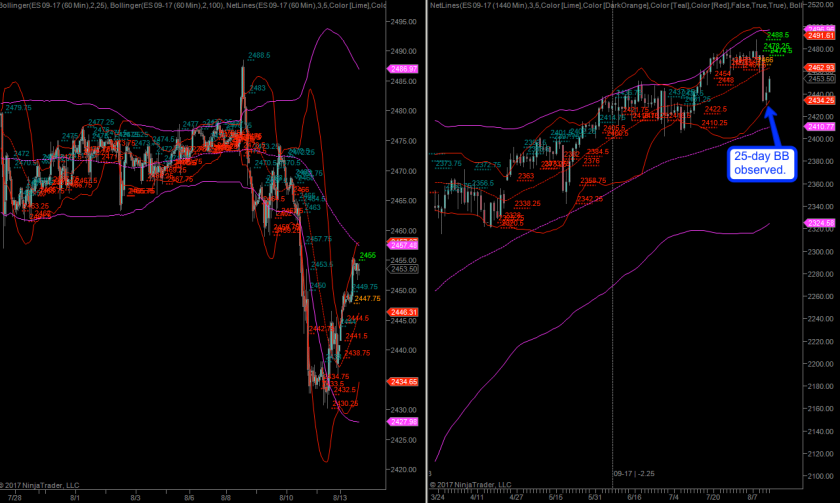 The E-Mini futures are looking pretty supportive right now, having extended their Friday gains overnight. The ES is in earshot of its 25-hour SMA, which will have to be taken today or tomorrow in order to set us up for another push higher. Should the ES fail to extend its gains and drop back below 2435 then the medium term bullish case starts to gain more credibility. For right now it’s an off-chance but let’s wait what happens in today’s session. 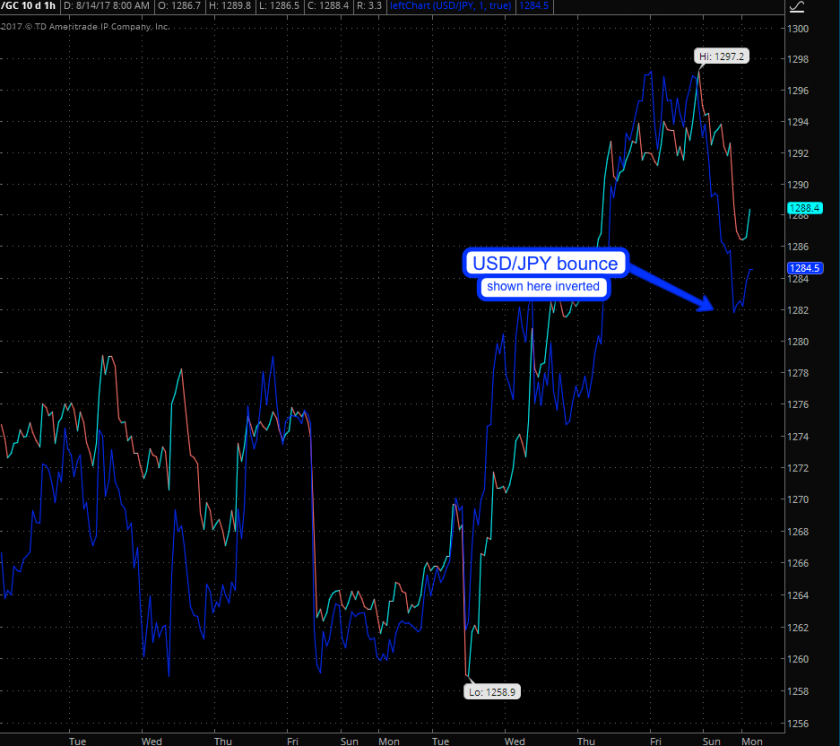 The Dollar bounced a little late last week and implicitly knocked down precious metals a peg or two. Here shown is the inverted USD/JPY which continues to be tightly correlated with gold. 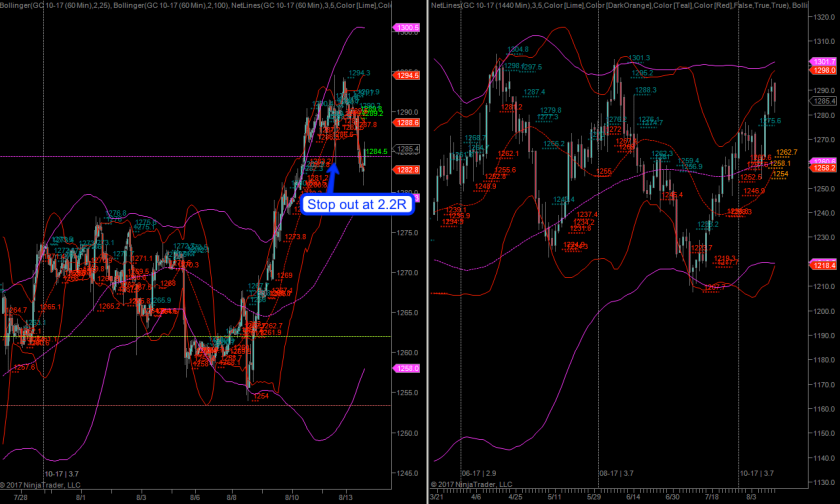 Which incidentally was kicked out at 2.2R during a quick stab lower right through my trailing stop. I was a bit miffed last Friday but seeing it back below my trail this morning again is a bit of consolation. Now it’s a bit premature to consider a re-entry, first we need to get the lay of the land on the Dollar situation which at the current time remains unclear. 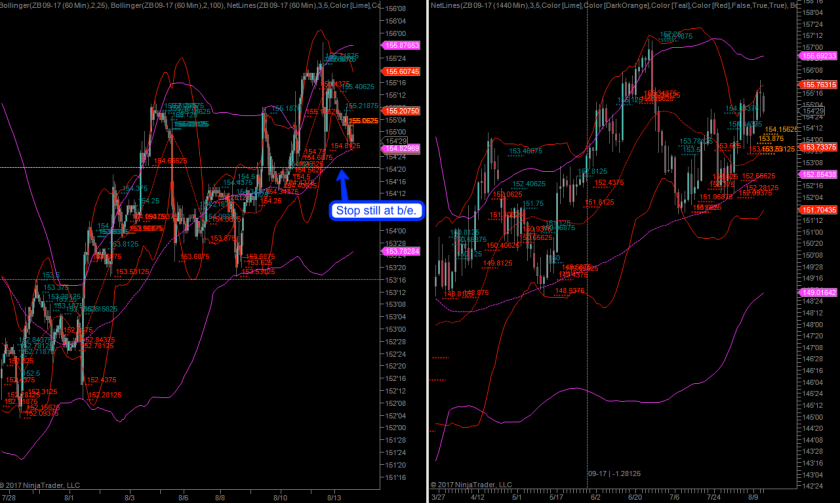 Our bond campaign is still in the running but only barely. The stop sitting at break/even was almost reeled in before the weekend but thus far appears to be well placed. This one is fifty/fifty right now – the daily looks very supportive but all those intra-day gyrations could easily kick us off the bus. 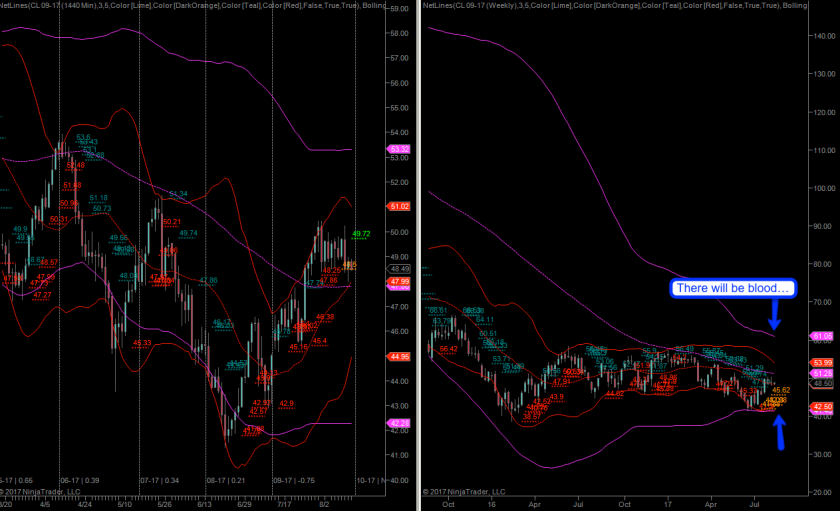 Finally a longer term chart I wanted you all to see – crude. Ignore the daily panel on the left, which admittedly looks very bullish, and instead focus on the weekly panel on the right. Note how almost two years of sideways churn have squeezed those 100-week BBs almost to the max. This may continue for a few more weeks, even months but at some point there is going to be an explosion of epic proportions when crude finally breaks out and starts to burn all the shorts.

I hope I’ll be there riding the tip of that rocket when it happens. Preferably without the mushroom cloud at the end though ;-]