Wrapping Up The Week

That’s it – I’m done for this week. Market crash on Thursday and a system wide Internet outage here in L.A. on Friday. After this morning’s floor planning the tape spiked up and we are now slowly grinding lower despite the fact that allegedly unemployment sharply improved in the past two months (bullpucky – cough cough). Well, what do you know – as I kept telling everyone for two years now – the news do not matter. But I did also claim that this market would start dropping the day unemployment numbers would start to (allegedly) improve – case in point: today’s tape. Or is this the after shock of the technical trainwreck we saw yesterday? Whatever it is – nobody seems to be eager to step in here in anticipation of the regularly scheduled Monday ramp. I wonder why. 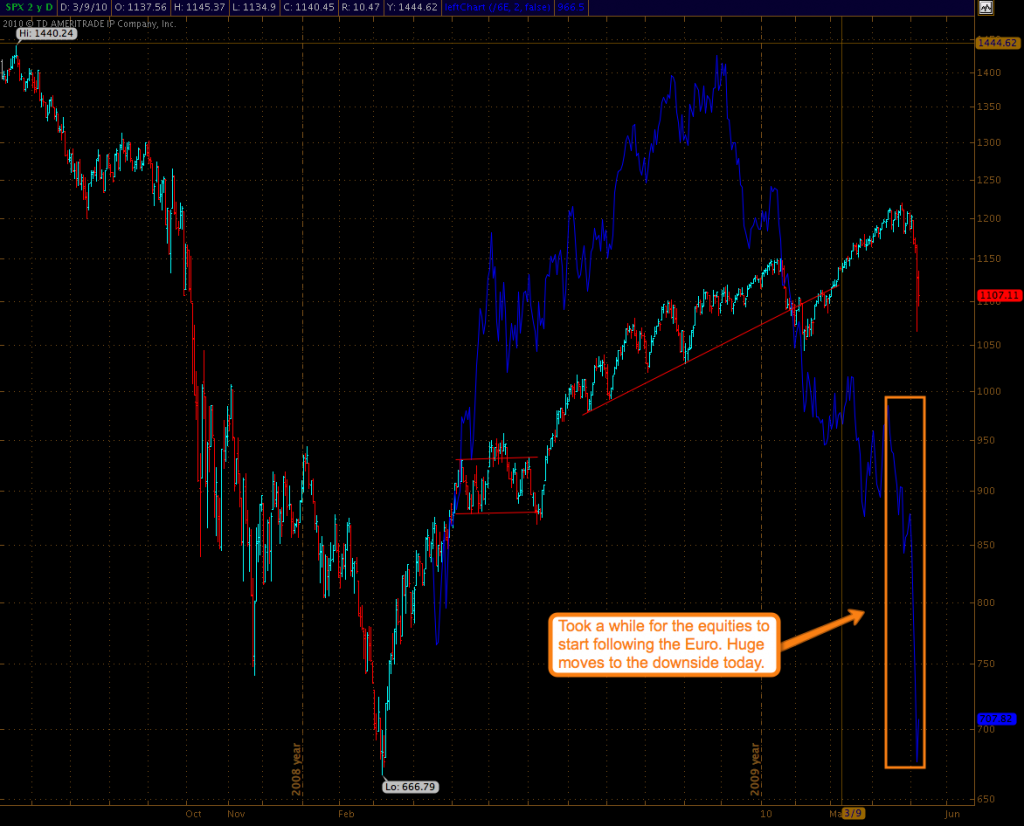 The Euro is getting completely destroyed today (chart of Euro futures against SPX above) – forget about equities – the real fun is in FX. It took a while for equities to finally fall suit but if this correlation is back on then the bears are looking at some fun times ahead.

Alright – I don’t do this very often but EWI suggested that I post the following article and as it’s smack full of great info I will happily oblige to their pushy marketing ninjas. That and because Prechter holds some very incriminating nude beach pics of mine he’s threatening to release. Besides I need something to keep you guys distracted until I post my Sunday update. Enjoy your spring weekend! 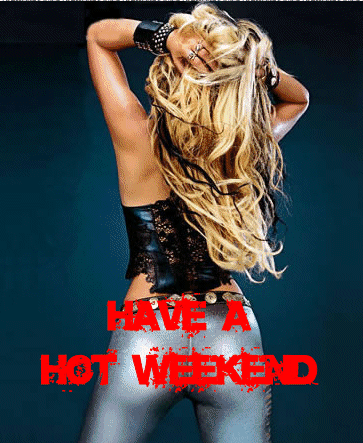 The following article is excerpted from Robert Prechter’s April 2010 issue of the Elliott Wave Theorist. For a limited time, you can visit Elliott Wave International to download the full 10-page issue, free.

It is rare to have technical indicators all lined up on one side of the ledger. They were lined up this way—on the bullish side—in late February-early March of 2009. Today they are just as aligned but on the bearish side. Consider this short list:

For more market analysis and forecasts from Robert Prechter, download the rest of this 10-page issue of the Elliott Wave Theorist free from Elliott Wave International. Learn more here.