How To Be Short In An Angry Bull Market 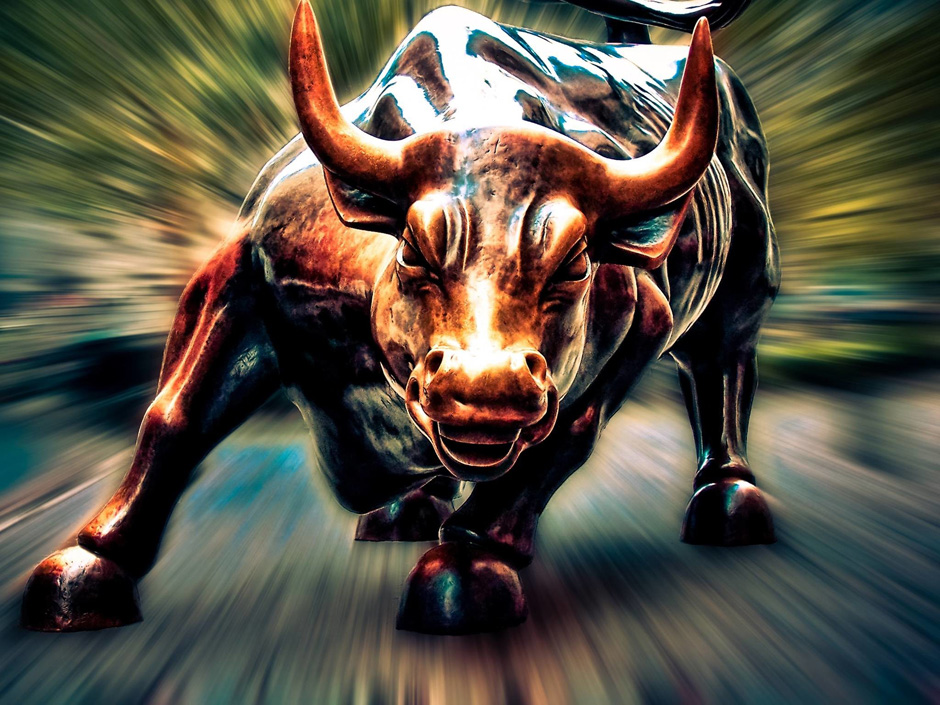 There really isn’t anything left to be said about this raging bull market that I haven’t already covered in the past week or two. It wants to go up and will continue to go up until the last buyer has been found. Which may be tomorrow or it may be months from now. Who knows?!! But what we do know for sure is that being short in this market is going to be a very painful experience. Or is it? 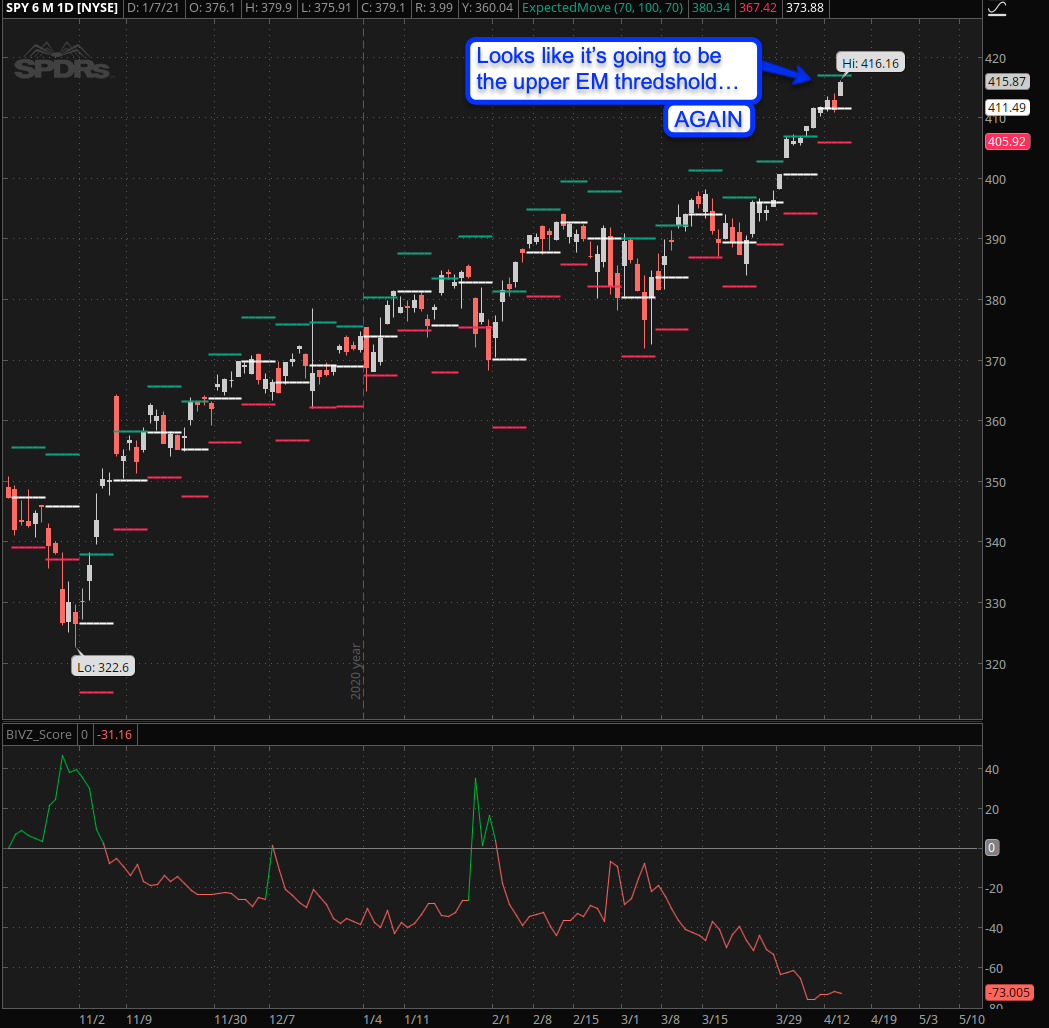 Okay I admit, it’s a trick question. Without doubt holding naked short positions during a climb like this is tantamount to financial suicide. And if you grabbed naked puts even just a few days ago then they are most likely worthless by now.

So for anyone even remotely interested in accumulating long term short exposure while a) the getting is good and b) IV is back in bullish territory the age old question arises:

When is it time to start accumulating short positions?

In the past I would have simply stated that going short in a rising market is outright foolish and that price confirmation is first needed. And while that sounds great in theory the ugly reality is that gauging the proper moment in time is simply out of reach for most retail participants who are notorious about ending up holding the bag after a late stage rally.

So what if I told you there was a different way? What if you could have the best of both worlds? The up and the downside? Well, I’m happy to announce that there is a way to do just that, and not only that – I’m going to show you how to do it. 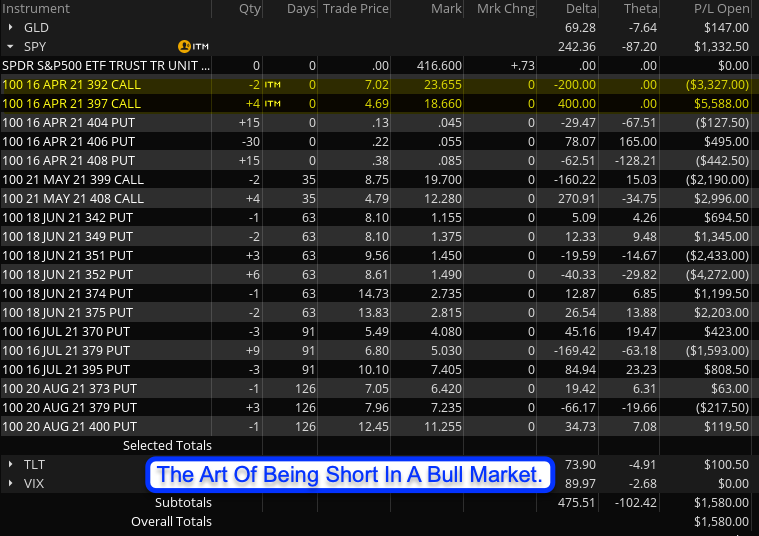 Here’s a snapshot of an account I only use for MT to LT positions. What’s glaring even at a cursory glance is that it’s in plus despite being stuffed to the hilt with an amalgamation of puts. How is that even possible?

The answer is: the hammock spread, a clever options trade I have been eluding to here on several occasions. And of course it’s one that the subs have been cutting their teeth on over the past few weeks.

In essence the hammock is comprised of two sub spreads. The relatively easy one is a call ratio backspread which provides sufficient upside protection, and in many cases ample profits, during effervescent periods such as these. It’s a common type of spread but picking the proper strikes required much testing and I’ve produced clear specifications that can easily be followed.

I bought this one a month ago actually and even surprises me a bit that a single call ratio back spread comprised of two units (two short options and four long options) managed to keep up with the unrelenting upside we’ve experienced lately. 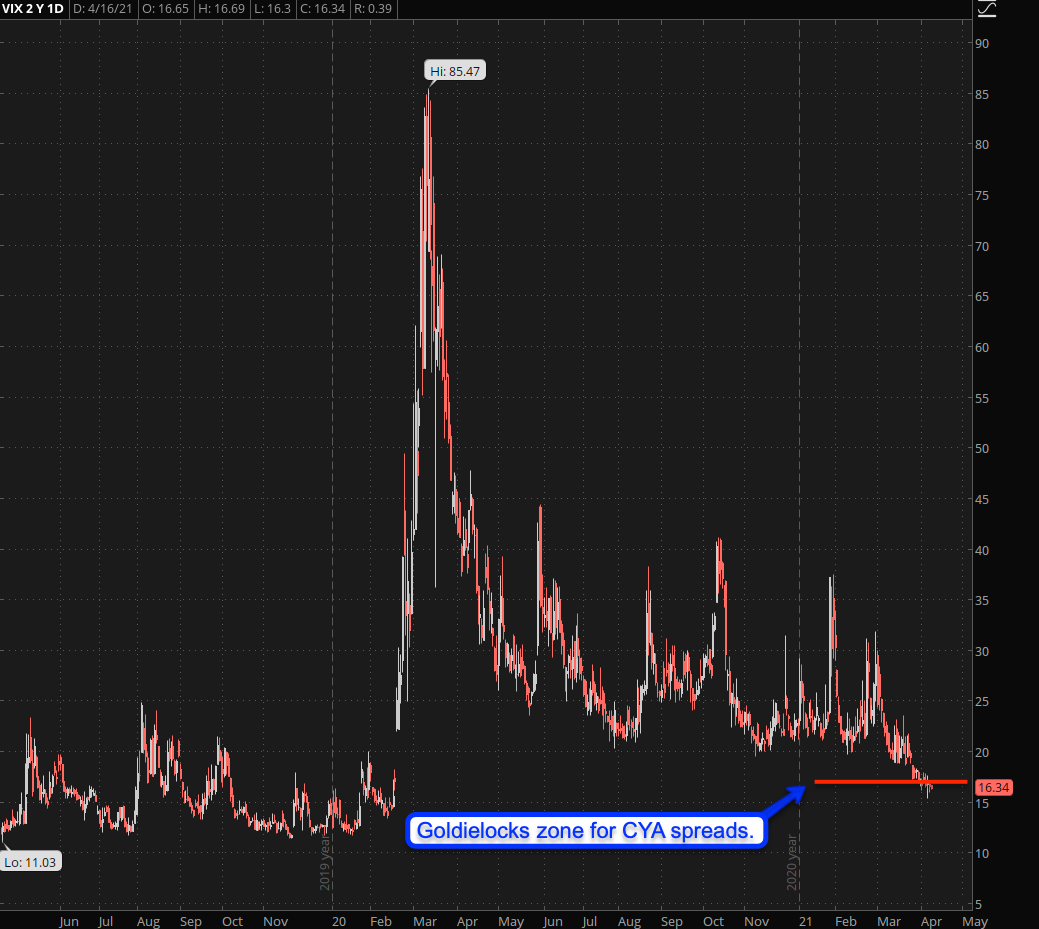 The bearish side of the equation is a bit more complicated and took literally years to develop. While the upside is more easily managed as implied volatility falls things get a bit more ‘dynamic’ once the market turns and the VIX is starting to get frisky.

First up the best time to take out a CYA spread is when the VIX drops below the 16 mark, which happens to be right now. Obviously I’ve been trading these spreads for a while now (since VIX 22) but that was more of an exception courtesy to elevated SKEW across the option chain in a number of key contracts including the SPY (a topic for another day).

Once again which strikes to pick is key, so let’s look at an example: